The Sunday Times reports that Rural Development and Land Reform Minister Gugile Nkwinti has published policy proposals requiring commercial farmers to hand over half their farms to farmworkers. The plan, which the minister says is aimed at "de-racialising" the land issue in SA, has been roundly slammed by agricultural groups. 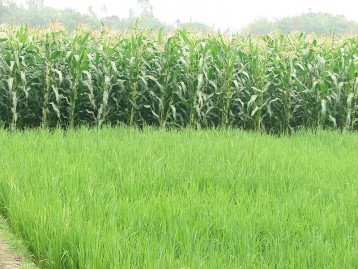 Nkwinti said in an interview this week that stakeholders in commercial agriculture, including farmers, trade unions, farmworkers and the agricultural business sector, have until April next year to react to his proposals, which aim to:
To this end, Nkwinti proposes that:

Nkwinti said he had come up with the proposal because the previous system had many deficiencies, land reform was imperative and too few proactive proposals were coming from stakeholders in agriculture.

"I formulated these proposals to give them something to work with," said Nkwinti.

"Stakeholders have until April next year to react. But we really need to move forward."

The minister said he was excited about retaining the portfolio he has held since 2009. He has set himself the targets of growing the department's youth programme and handling land claims preceding 1913 by descendants of the San and the Khoi as his main goals for the new term.

Regarding his land reform plan, which has provoked some very negative reactions from organised agriculture, he said it was an effort to establish co-responsibility and co-ownership, which requires sacrifices from workers and farmers.

"To the workers, it is a wake-up call because it means greater responsibility and discipline.

"It is also reflective of the ANC policy decision, through the Freedom Charter, to turn away from radical African nationalism and to embrace the concept that South Africa belongs to all who live in it - black and white - and that the land shall be shared among those who work it.

"To the farmers, it provides an opportunity to farm in cooperation with their workers."

Nkwinti said he did not feel pressured by Economic Freedom Fighters MPs' insistence in parliament this week that land they regarded as stolen ought to be returned to the descendants of the original owners.

"Given how long ago the ANC moved away from such thinking, the only radical thing about them is their radical conservatism," he said.

"We are aware of the importance of land reform. We support it and we work with government. The minister's plan could lead to massive job losses as farmers ensure there are fewer workers on the soon-to-be-divided farms.

"AgriSA favours market-related compensation to the farmer. One needs to remember that farming is a long-term investment. Farmers borrow money with land as collateral. At this stage, agricultural land is worth R155-billion nationally and agriculture debt stands at R89-billion. To effectively lose 50% of their collateral will be a disaster to farmers."

Free State Agriculture president Dan Kriek said any proposal needed to be constitutional and financially viable. He believes Nkwinti's proposal fails on both counts.
DA land reform spokesman Thomas Walters described the proposed policy as a cynical ploy to redeem the ANC's reputation as a government serious about land reform.