Category Justice
Ian Brakspear – whose business was liquidated in 2008 over what he says is a fictitious loan of R7 million from an offshore company owned by Nedcor – secured a long-awaited victory yesterday in the Durban High Court when Judge President Patel set the case down for oral trial on 11 August. 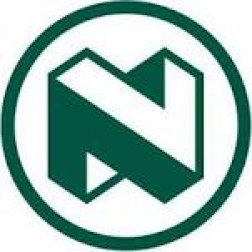 And in a virtually unprecedented move, a judge will be brought in from outside the Kwazulu Natal area to hear the case. This is because Judge Sharmaine Balton of the Durban High Court – who supposedly presided over the provisional liquidation in 2008 (though she apparently has no recollection of the case) – will likely be called as a witness.

In another strike against the liquidating attorneys, Judge President Patel set aside two weeks for the hearing – another unprecedented concession for Brakspear. It usually takes two years or more to get a date for a trial. The judge said he was determined to get to the bottom of the matter, and invited attorneys and counsel present in the court to offer assistance to Brakspear as a lay litigant.

Social pressure by alternative media and public interest group New Economic Rights Alliance (new ERA) appears to have had a massive role in the Durban court’s decision. New ERA organised a letter writing campaign in support of Brakspear that flooded the judiciary with letters of protest.

The Brakspear case, as we reported before, is riddled with irregularities, including a forged court order, no evidence that the case was ever before the court in the first place, and no evidence that a loan was ever made. Even if there was a loan (and there is no credible evidence of this), where is the loan agreement and what was the breach of agreement that led to his liquidation?

It doesn’t get more bizarre than that.

“This is the first time in months that I managed a smile,” says Brakspear after emerging from the court yesterday.

The liquidators represented by Venns Attorneys of Pietermaritzburg, and Nedcor’s attorneys Edward Nathan Sonnenberg (ENS), had been attempting to delay the hearing, arguing that the issues to be ventilated were so numerous and complex they could not possibly be heard in a single day. 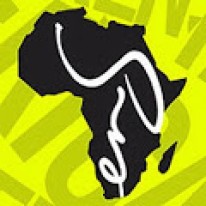 Brakspear has argued consistently since 2008 that the liquidation was based on fraud and that the loan never happened. He is asking the court to declare the provisional liquidation null and void on the basis the court order itself was forged, and was underpinned by a fictitious loan. Further, he says the liquidation application itself on the papers had no merit and no “liquidated claim” (ie. one that can be proven in court) and therefore was a fraud on the court.

Supporters of Ian Brakspear say the attempt by ENS and the liquidators to delay the hearing of his case was a thinly disguised effort to “cut him off at the legs” as they say in the liquidation business: in other words, delay the case long enough to sequestrate him personally and so remove his legal right to have the liquidation of his business overturned. It’s a common tactic in South Africa, and one that has been successfully applied by liquidators to scores, possibly thousands, of South Africans.

Judge President Patel asked each of the attorneys in the court to stand up and explain who they were and who they represented. Keeping a “watching brief” for the Black Liquidators Association was Advocate Govender.  Venns Attorneys and ENS each had counsel in attendance, including Julian King SC representing Nedgroup. The opposing counsel looked less than happy with the outcome.

Brakspear must now prepare his list of witnesses, which will surely include Nico Botha who claimed to be “chairman of BOE” (a Nedcor acquisition) when the Hawks could find no evidence of this. Leonard Katz and Justine Hoppe of ENS, who brought the case on behalf of the bank that resulted in his company’s liquidation. Katz, incidentally, is the subject of a Noseweek (July issue) story out this week for those eager to follow the history of this interesting attorney and his firm, ENS. Also likely to be called are Brakspear’s former legal counsel who Brakspear claims colluded with ENS to allow the liquidation to go unopposed, contrary to his instructions.

Offers of legal support for Brakspear have come pouring in over the last few weeks, and at least two public interest groups have indicated their intention to apply to the presiding Judge to join the case as “friends of the court”, eager to determine whether a forged court order – something the liquidators have not refuted – will be upheld by a South African court.

Also a potential witness is business icon Johann Rupert, who now owns the Franschoek wine farm that was taken away from the Brakspear family. Another possible witness could be Lt Mbhele of the Hawks, who conducted an investigation into the case and verified the allegations of forgery and found no record of the matter being held anywhere in court.

All this is going to get rather fascinating. It is unclear whether Brakspear will continue to represent himself in the matter, or take on professional legal counsel.

Brakspear will now get an opportunity to question witnesses on how the fraud came about. The first question he would want to establish is whether the matter was ever before a judge. The evidence certainly points in the opposite direction. And even if it was before a judge, why was it dealt with as an urgent matter? There must be very specific grounds for bringing an urgent application. Secondly – and this assumes the matter was before a judge – why was this heard in the secrecy of the judge’s chambers rather than in open court? Some 39 other cases were heard that day in open court, why was Brakspear’s case different? And thirdly, where are the transcripts or minutes of that hearing? Brakspear and the court officials in Durban have been unable to find any evidence that the case was in court or judge’s chambers. A fourth issue to consider is what evidence was presented to the judge that Nedcor had a legally enforceable right to bring a case for liquidation? In other words, where is the loan agreement and what was the breach of agreement that resulted in the liquidation? How did the judge apply the law to the facts contained in the affidavits put before her?

These are all questions Brakspear will now get a chance to explore in open court, with witnesses under oath.

This is even before getting to the matter of the forged court order, which has not been contested by ENS or Nedcor. Brakspear has provided evidence that the signature on his court order is a forgery, and was not signed by the court registrar, Ms Bovani Chetty.

An interesting aside here is the role of Julian King SC, who previously represented the liquidators in this matter five years ago, and now represents Nedcor.

Five years ago, King, instructed by Leonard Katz, acted for the liquidators of West Dunes Properties (the company placed in liquidation). In February 2009 in his heads of argument he wrote:
"... a final winding up order was granted on 5 February 2009. Until then, the winding application was opposed and there was no reason to suppose that it would be finalized any time soon"

Five years later, and still instructed by Katz but now acting for Nedgroup, he claims the liquidation was consented to from day one. Different clients, different story. It will be interesting to get him in the witness box and ask how he squares away this contradiction. And, more to the point, to what end?

Legal reform campaigners are interested not just in the irregularities and fraud surrounding the Brakspear case. They say it is time to overhaul the Insolvency Act, an arcane piece of legislation written in 1936 that still refers to pounds rather than rands. They say liquidators have been able to drive a pantechnicon through this verbiage and shut down viable businesses on the basis of spurious claims and outright fraud.

The story has been amended to reflect the claim from Nedbank that the Hawks at the time of its investigation could find no evidence that he was in fact chairman of BOE Trust. Subsequently, a document has surfaced apparently authorising his appointment. We note that this letter is not on BOE or Nedcor or Nedgroup letterhead.
Also from Acts Online: