Pretoria and Johannesburg slipping out of the ANC's orbit

The latest election results show the Western Cape is all but lost to the ANC. But the ruling party came perilously close to losing Johannesburg and Tshwane. Now the game is on to wrest Gauteng - South Africa's economic heartland - from the ANC in the 2016 local elections, writes Natasha Marrian in Business Day. 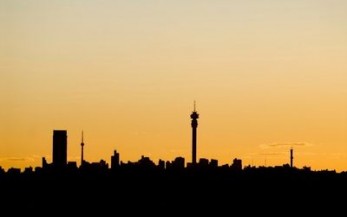 The battle for control of Gauteng has only just begun. The results of the national and provincial election have thrown open the race for the province’s metros, Johannesburg and Tshwane in particular, in the 2016 local government election.

ANC number crunchers will be poring over the figures this week, with a view to analysing what went wrong and where.

The first step to taking a province is to win a metro, so 2016 will be critical for both the ANC and the DA, as a curtain-raiser to the ultimate battle for the province in 2019.

The race is close in Johannesburg, a key ANC stronghold, but in Tshwane it is wide open to challengers.

Now that the dust has settled, the ANC’s provincial executive committee will meet on Monday to analyse the results. The DA is doing the same.

While the numbers are fascinating, the real drama will unfold within the two parties, particularly in the ANC, and this will have profound consequences for the next election.

The first question the ANC will be asking is who and what are to blame for the dramatic slide in the party’s performance. It’s a complex question with several elements to it.

It is worth recalling that the ANC leadership in Gauteng was the last structure standing after failing to back President Jacob Zuma in the party’s 2012 elective conference.

There are two views on what went wrong in Gauteng, a cursory examination of views in the party on Sunday showed. The first is that the election result reflects disappointment in the performance of the government in the province, led by Mr Zuma’s ally, Premier Nomvula Mokonyane.

Gauteng has two centres of power; the party leadership is not in the state, which is controlled by Ms Mokonyane, who is on the ANC’s national executive committee but has to answer to the provincial leadership. This has developed into a complicated relationship, as evidenced in Bekkersdal on the West Rand, where the party leadership was given an ear after violent service delivery protests, but government leaders — also ANC members — were chased away in a hail of stones. ANC ally the South African Communist Party in Gauteng has called repeatedly for a single centre of power.

A second view is that the party leadership in Gauteng, led by Paul Mashatile and David Makhura, misread the mood and did not campaign sufficiently in ANC strongholds. This indicates "serious election campaign weaknesses" due to a failure to focus on "working-class areas", which were presumed to be "in the bag".

The answer to the "who is to blame" question will feed into another critical process to unfold this year: an internal ANC provincial election. While Mr Mashatile and his leadership core have a strong constituency in the province, the election performance provides political mileage for their detractors.

Regional conferences in the run-up to the main event will provide a litmus test of the extent to which the outcome of the polls has eroded the popularity of the current leadership. Members’ attitudes will indicate whether the government under Ms Mokonyane or the party, led by Mr Mashatile, should be held to account. These attitudes will also be influenced by the posture of the national leadership.

But the ANC at national level would have to tread carefully; its performance also slipped in strongholds such as Limpopo (down from 84% to 78.6%), Mpumalanga (85.55% to 78.21%) and the Free State (71.2% to 69.85%), although to lesser degrees. Holding only Gauteng to account may appear politically expedient.

The party can ill afford a fractious leadership battle, with opposition parties salivating at the prospects of further eroding its support in 2016.

Newcomer the Economic Freedom Fighters secured more than 450,000 of its national tally of 1.16-million votes in Gauteng, and due to its understanding of the way the ANC works, as a party breakaway, insiders say it will benefit from any friction within the governing party.

The DA, too, will hit the streets in the next two months to begin its campaign, and is set to come up with its strategy for the 2016 election in the next month.