Minorities are being discriminated against - Solidarity

Trade union Solidarity says minorities in South Africa suffer unfair discrimination in employment. A case in point is the Western Cape, where coloureds are in the majority, yet they qualify for less than 10% of jobs due to the application of national demographic quotas, as was pointed out in a recent court case brought by Solidarity. 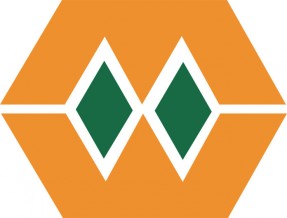 Contrary to the ANC's assertions, the ruling party is engaged in a programme that wants to reduce the share of coloured, Indian and white persons in senior positions throughout the country to be in line with their share in the national racial demographics, according to trade union Solidarity. The trade union recently furnished a copy to the ANC of the judgment given in its court case against the Department of Correctional Services (DCS), in terms of which the court found that the use of the national racial demographics in the Western Cape amounted to unfair discrimination.

Adv. Dirk Groenewald, head of Solidarity’s Centre for Fair Labour Practices, says electioneering by various political parties or even President Jacob Zuma cannot undo the fact that enforcement of the national demographics is already taking place – and is meanwhile being intensified.

Groenewald says: "One only needs to consider the state’s current affirmative action practices to realise that minority groups in general, and the coloured community in the Western Cape, in particular, are being disadvantaged. These practices were clearly exposed during Solidarity’s court case against the DCS on behalf of ten of its members. The purpose of the draft codes is merely to legitimise current unlawful practices through legislation.

"It is difficult to understand how those who are of the opinion that the regulations will not have a harmful effect or that racial prejudicing is not already occurring are acting in any way other than deceiving. We sent the judgment to the ANC and its lawyers, Bagraim Attorneys, to alert the party and its lawyers to the fact that the disadvantaging of coloured people – as is also happening to other minority groups – has already become practice."

Earlier this year, the Labour Court in Cape Town found in Solidarity’s favour in the DCS court case, and ordered that the DCS had to obey an earlier court judgment in anticipation of the appeal case. "However, we have already addressed several letters to the DCS requesting the department to meet with us regarding the implementation of the judgment, but without success. During the past weekend, more than 200 jobs were advertised by the DCS in the Western Cape, while the Department fails to consult with us on how it is going to adhere to the court order."

Groenewald says the concept regulations will be to the disadvantage of minority groups, specifically coloured people, as an employer employing more than 150 employees would be compelled to use the national economically active population to achieve its numerical targets. "Ironically, the codes’ proposals have already become established practice and enjoy the support of the Department of Labour. Rather than heralding completely fresh employment practices, the codes will merely legitimise many of the existing practices."