President Zuma's days are numbered if the ANC fails to win 60% of the popular vote in the upcoming elections. Opinion polls show the ruling party is doing better than it was six months ago, when it looked like they would win just 56% of the vote, according to Business Day. 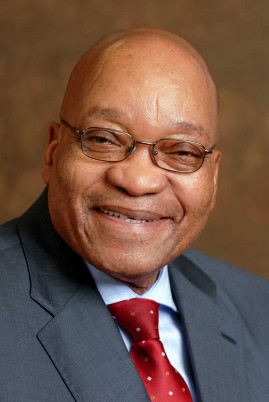 If the ruling African National Congress (ANC) garners less than 60% of the vote in the May 7 elections, then President Jacob Zuma’s days could be numbered, says independent political analyst Daniel Silke.

If the ANC loses substantial support because of the Nkandla issue, the party will look to replace Mr Zuma, at least midway during the next term.

Mr Silke said the big question was who would replace Mr Zuma. He said if the ANC dropped below 60% it would leave the party extremely vulnerable for the 2016 local government elections and the 2019 national and provincial election, which means they would have to work much harder to return to power. This may mean that the ANC would have to co-operate with other centrist parties such as the DA.

"If the ANC manages to capture 62%-63% of the vote, Mr Zuma may survive, but not much lower," Mr Silke said in his latest presentation on Sunday night to a small audience at the Claremont Synagogue.

Mr Silke is a former Democratic Alliance (DA) member and Cape Town ward councillor who now makes regular presentations to local and international companies about the South African political landscape and has just updated his analysis on the upcoming national and provincial elections.

Mr Silke said that while the ANC election campaign got off to a good start it was beginning to hit a wobble as the furore around the taxpayer-funded R246m security upgrades to Mr Zuma’s private residence in Nkandla began to gain traction.

"The last thing the ANC wants now is a debate on the issue as it will mean that the opposition, in particular, the DA, will set the political agenda," he said.

He said the death of former president Nelson Mandela last year had given the ANC election campaign a fillip as it meant a strong political education for young voters for whom events of 20 years ago was history.

"If you look at opinion polls last year it seemed the ANC were doing really badly. A number said ANC support had fallen to around 56%.… So what happened between then and January when the Markinor Ipsos poll showed the ANC was heading for a two-thirds majority?"

He said a number of polls showed a startling 17% of the electorate were either not going to vote, undecided or refused to say if they were going to vote.

Polls conducted late last year showed that less than half the population believed that the government was doing a good job.

Mr Silke said apart from Mandela’s death, the party had started putting out the message "that it had a good story to tell" in July.

He said the statistics showed that since the advent of democracy in 1994 black African people had "benefited tremendously".

He said inroads into poverty had been astonishing as the number of people living below the $2 per day poverty line had fallen from 17% of the total population in 2002 to 5% in 2012.

However, Mr Silke said the ANC’s election campaign appeared to have peaked a bit too early.

"While they have been telling their ‘good story’ it appears that the Nkandla issue has been a boost for the DA, who were, in my opinion, very lucky to get the court ruling they did about their SMS," he said.

Last week, acting Judge Mike Hellens ruled that the DA SMS that was sent to about 1-million people saying: "The Nkandla report shows how Zuma stole your money to build his R246m home. Vote DA on 7 May to beat corruption. Together for change," was fair comment and ruled against the ANC who were demanding an apology.

"That ruling has given the DA a psychological boost as their campaign had been hit hard by the confusion over its voting on the Employment Equity Act and the failed merger with Agang," Mr Silke said.

He said the DA’s campaign had so far failed to gain the traction they were originally hoping for.

Mr Silke said the DA had failed to give ANC voters a good reason to switch parties as they had sent the message that the ANC before Mr Zuma’s leadership was not a bad party.

He said there was also a general impression that if the DA had its way it would stop paying social benefits to about 16-million recipients.

"Although that is incorrect there is that perception," he said.

Mr Silke also noted that many DA supporters who viewed digital TV have had their attention diverted by the Oscar Pistorius trial.

"And just when they thought that was coming to an end, it looks like the trial of Shrien Dewani may start," he said.

Mr Silke said he expected the ANC to win about 62% of the vote, which will be down from its current 65%; the DA to get about 24%; the Congress of the People to obtain about 3%; and the Economic Freedom Fighters to get 7%.