Category Banking
For a disturbing insight into modern banking ethics, look no further than the case of Royal Bank of Scotland and its “business recovery” division, Global Restructuring Group (GRG). 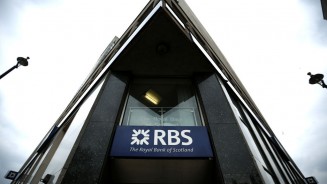 In 2008, at the peak of the world financial crisis, GRG suddenly changed its mission from business recovery to business bankruptcy. They didn’t quite put it like that, but that’s exactly what they meant. It’s no wonder RBS has been labelled “the vampire bank.”

This is how it worked: if you were a Royal Bank of Scotland (RBS) corporate customer in need of some financial assistance from your friendly bank, your relationship manager would “suggest” that you sign up with GRG as a way to boost your business and your cash flows. Or they would engineer an event to force you into GRG. Suddenly, your business was subject to all sorts of additional fees, charges and obligations, and you would be sold products you didn’t really need. Swamped with all these additional costs, you now found yourself drowning. Then, at the first sign of trouble, your company would be placed in administration, a precursor to outright bankruptcy.

In the case of RBS, its distressed assets arm, called West Register, would purchase your company assets at fire-sale prices and sell them later on at market value. All your life’s work would evaporate before your eyes and end up on the RBS balance sheet.

In South Africa it is even easier to do. You invent a debt, forge a high court order and then lay your hands on other people’s property. You pick up the assets at auction at a ridiculous price and later on-sell them for a profit. It’s a ruse that has been going on for decades, and it’s stunningly simple, as Durban businessman Ian Brakspear discovered to his cost. Either the courts are in on this, or they lack the oversight to bring the criminal syndicates to book.

But the RBS case should be a wake-up call for banking customers everywhere. UK whistleblower Neil Mitchell has now assembled more than 400 businesses that plan to bring a class action suit against RBS, alongside criminal and civil claims against the bankers responsible. He has accused RBS of deliberately targeting businesses for demolition as a way to recover losses it made on poor investment decisions leading up to the financial crisis of 2008.

RBS, which received a hefty taxpayer-funded bail-out after the 2008 financial crisis, will need a second bail-out, according to Mitchell, in large part because of the massive legal claims the bank now faces from former customers it destroyed. “This bank is morally, technically, financially bankrupt,” he told Max Keiser on Russia Today. At its peak, Mitchell says GRG handled £91 billion (R1,5 trillion) in British business assets.

The UK’s Serious Fraud Office has now expanded its investigation into RBS, flanked by similar investigations by the Financial Conduct Authority (FCA) and the US’s Securities Exchange Commission.

A GRG whistleblower told Channel 4 News that as the financial crisis deepened, the number of businesses inside GRG began to swell, and staff were told to come down hard on clients.
"It was at that point in time we started making different decisions and strategies with clients that wouldn't have had those decisions before."

While in the past they would meet with clients with a view to helping them, now a new "script" was adopted.

"We would tell them we were nervous. We would put them on a watch list," he said. "From that point on we would start saying we wanted to sign new terms and agreements with you where we take X stakes in your company or we take larger fees from your company."

The whistleblower admitted that in many cases the fees weren't for any actual support, but merely to weaken the business.

And what were these fees for:  "Nothing really. The fees were just really there to make sure that they were being pushed to the brink, in my opinion. And we were often asked why we weren't putting more fees on these companies to get the most out of them," the whistleblower told Channel 4 News.
Late last year Lawrence Tomlinson of the UK’s Department of Business, Innovation and Skills released a report into RBS and its business “turnaround” division, GRG. The report is scathing in parts, yet Tomlinson attempts to excuse at least some of the bank’s behaviour by referencing the financial crisis and the need for banks to reduce their bad debt exposure.

South African business owners would be well advised to read this report. The evidence suggests some of our local banks are up to similar tricks. For example, technical breaches of loan covenants are easily engineered – such as late filing of information, or a temporary dip in profits that have no bearing on the viability of the business, or under-valuation of business assets. Once you breach the loan covenant, you are suddenly a prisoner of the “restructuring” or business “turnaround” thugs. Then, potentially, your days are numbered.

The findings of Lawrence’s report suggest that there are occasions in which RBS is engineering a business into default in order to move the business out of local management and into their turnaround division, GRG.  This then generates revenue for the bank through fees, increased margins and the purchase of devalued assets by their property division, West Register.  Once in GRG, Lawrence asserts that the business is trapped with no ability to move or opportunity to trade out of the position.  Commenting on the publication, Lawrence said:
“The profit-making nature of GRG significantly undermines its position as a turnaround division, in which good businesses should be restructured and returned to normal banking.  The temptation to get hold of assets and take additional profit from these businesses to boost GRG’s balance sheet is clear.

From the cases I have heard, it is clear that a perception has arisen that the intention is to purposefully distress businesses to put them in GRG and subsequently take their assets for the West Register at a discounted price.  This needs to be addressed and the conflict of interest removed.

Now RBS is aware of this behaviour through my work, the work of Sir Andrew Large and the investigation by the Sunday Times, it’s time for them to look carefully at the processes and actions of this part of the bank.  There are many devastating stories of how RBS has wrecked good businesses and the ruinous impact this has on the lives of the business owners.   I look forward to seeing how RBS proposes to take forward the forensic investigation into this part of the bank.”
Lawrence’s recommendations call for more competition to remove incentives to make short-term decisions purely in favour of bank profit rather than in the interest of the longer term customer relationship.  He states that:
“Without competition in the banking sector, these scandals will continue to come to light and ever more business will be hurt in the process.  With RBS and Lloyds at the size they are at, smaller challenger banks will never be able to adequately compete to take their customers and drive true market forces.   It is vital that RBS and Lloyds are made significantly smaller, removing conflicts of interest within the bank, and creating a number of smaller, purely retail/commercial banks.”

The experiences of many businesses across the country suggests that, at least within RBS, there are circumstances in which the banks are unnecessarily engineering a default to move the business out of local management and into their turnaround divisions, generating revenue through fees, increased margins and devalued assets.
And:
Much evidence was received about the practices of RBS’ turnaround division, Global Restructuring Group (GRG) which typifies this behaviour. Once in this part of the bank, the business is trapped with no ability to move or opportunity to trade out of the position – they are forced to stand by and watch an otherwise successful business be sunk by the decisions of the bank. The bank extracts maximum revenue from the business, beyond what can be considered reasonable and to such an extent that it is the key contributing factor to the business’ financial deterioration. This is not an open and transparent process, nor is it a proportionate response from the bank. During the process businesses are completely in the dark as to what is happening around them until it is too late. Most worryingly, the businesses affected are often perfectly viable and but for the action of the bank, would have been able to positively contribute to UK growth.
After reading this and gagging, run for the hills the next time a banker approaches you with “business restructuring” advice.