Corruption Watch has called for the police to investigate the R10 billion tender granted to Cash Paymaster Services (CPS) in 2012 after a losing bidder claimed the tender process was flawed. The Constitutional Court agreed, prompting the SA Social Security Agency to re-run its tender. 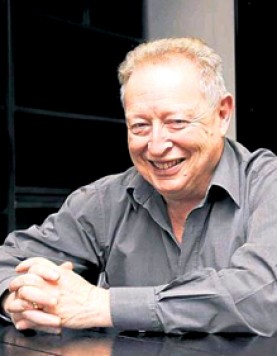 The Constitutional Court has handed down a judgment in the social grant tender case between Allpay Consolidated Investment Holdings, an Absa subsidiary, and the South African Social Security Agency (Sassa).

The case originated from the awarding in January 2012 of a R10-billion tender by Sassa to a private company, Cash Paymaster Services (CPS), for the distribution of social grants to around 15-million beneficiaries. Allpay, a losing bidder, contended that the tender was flawed, and the Constitutional Court agreed.

In November 2013 On 29 November Judge Johan Froneman handed down a unanimous judgment, which found that the tender awarded to CPS was constitutionally invalid. In doing so, he overturned the decision of the Supreme Court of Appeal, which had turned down an earlier appeal by Allpay.

Corruption Watch appeared as a friend of the court in September 2013, arguing that irregularities in the public procurement process may be signs of more extensive corrupt activities – the court agreed with this too although no outright corruption has been proven.

“The presence of irregularities in the tender process begs the question: in whose interest were these irregularities perpetrated, and why?” said Corruption Watch executive director David Lewis.

In mid-February 2014 the Constitutional Court heard argument from all parties, as well as the friends of the court, relating to the appropriate relief to be granted, following its November finding. The court did not want to disrupt the payment of grants to beneficiaries, and also held that any decision on remedy should be taken only after all parties had given their input and argument.

Tender to be set aside

In the unanimous remedy judgment, handed down on 17 April, Judge Froneman ordered that the tender process be re-run from scratch within 30 days of the order. He emphasised that the payment procedure should continue uninterrupted, however.

The Constitutional Court ordered that the declaration on invalidity be set aside temporarily so that Sassa can re-run the tender process and, if necessary, award the tender anew should CPS not emerge as the winning bidder in a fair and competitive process. During this period the contract with CPS will remain in force.

The court ordered that Sassa provide progress reports on the first Monday of every quarter until completion, so that the tender process can be monitored effectively for compliance. The court also ordered the appointment of new bid evaluation and bid adjudication committees.

If a new tender is awarded, it will be for the same time period, which is five years. If Sassa does not award a new tender, the declaration of invalidity will be suspended for the duration of the existing contract. But CPS must provide audited financial statements with information on expenses, income and profit, to ensure that it does not benefit from an improperly awarded tender.

Sassa had “adopted an unhelpful and almost obstructionist stance.  It failed to furnish crucial information to AllPay regarding the implementation of the tender and to Corruption Watch in respect of steps it took to investigate irregularities in the bid and decision-making processes,” the judgment stated. “Its conduct must be deprecated, particularly in view of the important role it plays as guardian of the right to social security and as controller of beneficiaries‘ access to social assistance.”

Lewis said: “The South African law enforcement authorities must now do their duty and investigate this matter which should have been done a long time ago.  We will approach them in this regard.  If they decline to undertake an investigation we will explore other options, including the possibility of a private criminal prosecution.”

Meanwhile, the US authorities are investigating Nasdaq-listed Net1, the parent company of CPS, for corruption over the tender.