Regulation of financial markets is counter-productive

High Frequency Trading (HTF) is blamed for market crashes and has invited the attention of regulators who are programmed to strangle anything that moves. While Wall Street-bashing has become popular and - in some cases - deservedly so, there is a positive side to HTF argues Leon Louw in Business Day. 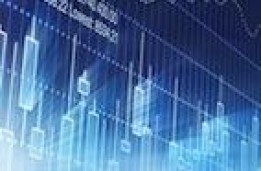 Wall Street is an endless source of myth, passion, bestsellers and, occasionally, truth. In his latest bombshell blockbuster, Flash Boys, Michael Lewis tells a riveting tale of how Wall Street and other stock exchanges are "rigged" by high-frequency traders. His preceding bestseller, The Big Short, dispelled the myth that no one predicted the subprime financial crisis, but fuelled the myth that it was caused by banks or "Wall Street greed". The real cause was US government housing policy.

Although bankers, brokers, journalists and investors have known and spoken about "high-frequency trading" (HFT) for years, only a handful of geeks knew what it really was and how it enriched sharp operators. Flash Boys is the first popular explanation. Lewis sensationalises the story and, according to one of the geeks I know, is factually incorrect on certain details.

HFT started with computer programmes speeding up what investors do. Instead of people doing time-consuming analysis, geeks wrote robot-like programmes ("bots") to do it for them. Paranoid observers fearful of innovation, similar to Luddites opposed to Industrial Revolution progress, demand protection from what they mistakenly believe to be something more sinister than market efficiency.

Then ghosts appeared. Computers started knowing before you what you were thinking. A seemingly omniscient presence appears to know when you will hit the button for your next order, and beats you to it by incomprehensibly small nanoseconds.

Lewis describes how Brad Katsuyama, a trader in the fairly obscure Royal Bank of Canada, investigated the exasperating phenomenon. Experts who seemed to know what HFT was could not explain it. He discovered the murky world of HFT computers so fast that they seem to "see" your order coming and beat it to its destination in the exchanges. By the time your order arrives, HFT demand causes prices to move against you. Tiny profits on millions of transactions add up to HFTs making billions of dollars apparently without adding anything to the economy.

This can be lamented as rogue traders rigging markets, or celebrated as market efficiency exceeding human comprehension. The US Securities and Exchange Commission, like our Financial Services Board (FSB), pretends to understand financial markets. When Canadian Katsuyama explained what HFT was, they were fleetingly enlightened, but divided among those who thought it legitimate, those who thought it criminal, and those who, like most regulators, had no clue. Instead of wasting time with them, Katsuyama offered a solution: an exchange that slows things down.

Meanwhile, the free market was minimising the effects spontaneously. Free, unregulated competition, innovation and diversity were cutting profit margins towards the vanishing point, so much so that Lewis’s critics accuse him of exaggerating the extent to which HFT allegedly "rigs" Wall Street.

"Making mountains out of molehills," one opined, "sells books." Hi-tech markets are so efficient that "spreads" between buy and sell offers have fallen in a decade from 0.023% to 0.002%. According to Forbes magazine, HFT "greased the wheels of modern finance" rather than rigged Wall Street.

Mystery generates myth, especially the notion that more regulation protects us from being ripped off by innovations such as HFT, that regulators — such as our FSB, Reserve Bank, National Credit Regulator (NCR) and National Consumer Commission — can and should protect us from our presumed stupidity and that regulators understand markets.

In truth, they cannot predict or prevent crises, scams and trends, and waste vast sums of money on stifling counterproductive controls.

Despite its flaws, Lewis’s latest bestseller not only demystifies what almost no one knew, but shows how free markets are usually faster and better than regulators at fixing real and imagined problems. HFT is simply the modern equivalent of medieval traders predicting demand in village markets better than their rivals.