The Competition Commission recently launched dawn raids on two firms suspected of collusive conduct. This proactive trend is likely to continue, according to an areticle by legal firm Norton Rose. 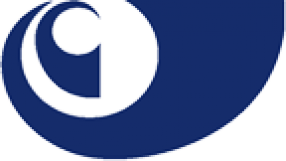 On 3 April 2014 the South African Competition Commission conducted its first dawn raid since 2010. The competition authorities’ efforts to expose and penalise firms involved in anticompetitive practices in South Africa are likely to continue to intensify this year due to the change in management at the Commission.

The Commission is especially focussed on combatting cartel activity. A number of cases involving price fixing and market division in key sectors of the South African economy have been referred to the Competition Tribunal for adjudication. Since inception, the Commission has also entered into 150 consent agreements with respondents, mostly for cartel conduct. Penalties paid amount to almost R5 billion.

Various factors contributed to successful prosecutions. Firstly, the Competition Commission is increasingly in a position to initiate its own investigations, rather than simply waiting for complaints from South African customers or competitors. Since 2013 it has also been granted powers to initiate an inquiry into a market more generally and it is using these powers in relation to the private healthcare sector.

Secondly, the Commission has had excellent results from its corporate leniency policy which allows one firm to obtain full immunity in exchange for sufficient information to prosecute the remaining cartel members. The majority of cartel cases investigated by the Commission have relied on information submitted by a leniency applicant or cooperating respondents.

The Commission is authorised to enter and search premises and seize documents which have a bearing on an investigation. This can be achieved with or without a warrant. The Commission usually opts to carry out a raid with a valid warrant.

The dawn raids on the premises of Unilever in Durban and Sime Darby Hudson & Knight in Boksburg on 3 April 2014 forms part of the Commission’s ongoing investigation into collusive conduct in the markets for the manufacture and supply of edible oils and margarine to wholesale and retail customers. The Commission said in its press release that it had reasonable grounds to believe that information relevant to this investigation is in the possession of employees of the two companies.

There is a need for local and international companies operating in South Africa to implement and maintain a competition law compliance programme. An effective programme should educate employees about the importance of competition law compliance and the basic principles embodied in the Competition Act. Staff should also be prepared to handle interactions with the competition authorities, including dawn raids. In the event of a dawn raid, an organisation should immediately contact its legal advisers who can assist with ascertaining whether the search and seizure is correctly authorised, and in ensuring that it is conducted in such a way that its constitutional rights are protected and there is minimum disruption in the organisation.

The Company’s procedures for dealing with a raid should be clearly set out. For example, competition authority staff should be asked to wait for the company’s legal advisors to arrive before commencing the search and the applicable warrant should be photocopied. The identification of each official involved in the raid should be checked.  Staff should be appointed to monitor the conduct of the search and record each document reviewed or removed by the authorities. These employees need to receive in-depth training, to ensure that they understand the crucial role they will play on the day of the raid.  Adequate measures to protect the company’s legally privileged and highly confidential documents should be put in place. It is a good idea to formulate an external communication plan to deal with questions from the press, as well as an internal communication plan to preserve confidentiality and deal with the impact on staff morale as far as possible. Once the search is over, the company will need to conduct a thorough internal investigation in order to determine whether the Act has been contravened. If so, it may be possible to negotiate a substantial reduction in fines if the company offers to cooperate with the authority’s investigation.

In addition to implementing and maintaining a competition law compliance programme, a competition law audit of legal agreements, policies, marketing materials and the firm’s practices may also be necessary, particularly if the company interacts with competitors in bodies such as industry associations. Reporting procedures should be established in order to detect possible contraventions and bring them to the attention of in-house legal counsel as soon as possible. This not only mitigates competition law risk, but also places the company in the best possible position to consider applying for leniency, if the need arises. In light of the increased enforcement focus of the Commission, it is never too soon to begin.