A 12 point plan for a better South Arica

Category Politics
The South African Institute of Race Relations (IRR) recently published a "twelve-point plan for a better South Africa". We were accused of casting "pearls before swine" and told that "the establishment is dead set against each and every point of this pie-in-the-sky plan". Maybe. But it is not unusual for governments to adopt plans they once dismissed. 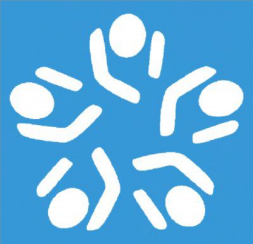 In summary, our twelve points are as follows:
1. make faster economic growth the overriding priority, not just one among others
2. make strike ballots compulsory, jail violent trade unionists, and sue unions for damages
3. introduce a voucher system and privatise schooling as much as possible
4. do the same with health care
5. sell South African Airways and other state-owned enterprises to the private sector
6. slash red tape to unleash the energies of the private sector
7. maximise trade liberalisation to promote competition and bring down prices
8. radically redesign some aspects of land reform, and scrap others
9. scrap all affirmative action, empowerment, and other racial legislation
10. professionalise the public service by making appointments only on merit
11. elect half MPs on a constituency basis to make Parliament accountable to the electorate
12.decentralise government and policing to promote accountability and competition

During the apartheid era we also put forward plans that were dismissed as pie in the sky. However, in the end the National Party (NP) government had little choice but to implement them - including abolition of the pass laws, recognition of black trade unions, stopping forced removals, releasing Nelson Mandela and other prisoners, and entering constitutional negotiations.

The African National Congress (ANC) will also eventually have to put today's pie-in-the sky ideas on to the policy menu. They are the only way to reverse the country's decline.

The finance minister has to tot up the costs of a profligate public service. He has also to waste taxes on SAA and others. He knows that our fiscal and foreign deficits are unsustainable. The governor of the South African Reserve Bank is now a critic of our growth-inhibiting collective bargaining system. The likely failure of the new youth wage subsidy to make much dent in unemployment will intensify pressures for labour market reform.

The currently dominant idea in this country is that apartheid caused such injustice that the only way to counteract its effects is a similar process of social and racial engineering. This idea is so understandable and so powerful that business, most media, and most non-governmental organisations (NGOs), endorse it. So does the official opposition. The Institute, by contrast, has maintained all along that the real alternative to apartheid is not another kind of social and racial engineering but economic and political freedom.

To win the policy battle, one also has to battle in the realm of ideas. Victor Hugo said that an idea whose time had come was more powerful than all the armies in the world. On the other hand, when British prime minister Harold Macmillan was asked what dominated politics, his answer was "events, dear boy, events."

Both are right. Events do dominate, but when crises occur and governments have run out of ideas to deal with them, they have to look for different ideas. So we have to do our homework with ideas.

A good example is the abandonment of prices and incomes policy as a means of controlling inflation. Harold Wilson's Labour government tried prices and incomes policy in the UK in the 1960s, Edward Heath tried it in the 1970s, and so did Richard Nixon in the US. All to no avail in pulling their economies out of stagflation. A Chicago economist called Milton Friedman said all along that they were wrong and that the way to control inflation was to control the supply of money. He was regarded as a kooky right-winger. Eventually, however, his ideas were adopted.

For most of the post-war era the dominating ideology in British politics was Butskellism, named after key figures in the Conservative and Labour parties - Rab Butler and Hugh Gaitskell. The welfare state was sacrosanct, as was the idea that Britain had to be run according to a social compact between government, business, and labour. They used to meet around the Cabinet table in Number 10 Downing Street, so this became known as the "beer and sandwiches" model of government. No matter how much money they vacuumed up from taxpayers, the nationalised industries were untouchable. And so the British establishment saw the role of government as the decorous management of dignified national decline.

Until, after 34 years of decline, Margaret Thatcher came along with a different idea. Roll back the state and make Britain great again. Events helped her: among them, the Argentinian invasion of the Falklands, and the violent behaviour of militant trade unions. She tamed the unions and set in train a wave of privatisations that has continued in the UK and elsewhere.

The same principles apply to both Left and Right. The free- market ideas of Milton Friedman, and of Friedrich Hayek, which became so influential after the stagflation of the 1970s, had long since been promoted by various think-tanks in the UK and the US. The strategy also worked for socialism. The British Fabian Society, founded in 1884, waged a battle of ideas to pave the way for the rise to power of the Labour Party 40 years later.

In South Africa, one of the biggest battles ahead is to push liberal ideas and policies into the economic sphere. Given the demographics of the electorate, the essence of that battle must be to show how liberal economic policies work better for the jobless and the poor.

Part of this battle is to challenge the prevailing ideology of  "redress". This ideology has enormous emotional appeal, but it is a leg iron on the economy. It implies redistribution of current wealth rather than the creation of new wealth.  It is backward- rather than forward-looking. It has destroyed productive land. It has also undermined law and order, schooling, public health care, and the civil service. In fact, the price of redress is being paid by unemployed people who might otherwise be in jobs. If we want growth,  we have to be serious about growth. This means taking the shackles off the economy instead of weighing it down with the burden of history.

Too much thinking about poverty in South Africa is patronising and elitist. We have to change this. The poor must be seen not as objects for whom the state does things, but as people whom the state allows to do things for themselves. Let them enter the labour market. Give them vouchers to let them buy education and health care. Stop wasting money subsidising airlines most of them will never fly in. Cut tariff barriers to lower the prices of the clothing they buy. Stop chasing away investors who could push up the country's growth rate and lift them into jobs. We need to show how the poor will benefit from more investment.

Although there are many liberal reformers in the present ruling elite, they must be there. Much of the information about corruption that fills the news pages is leaked to the press by civil servants. That's a start. Many public servants must be distressed by the failings of the state whose policies they are supposed to implement.

Reform in South Africa cannot wait for a change of government. And however venal the present ruling party might appear to be, there is plenty of precedent for ruling parties to change direction.

Tony Blair abandoned the British Labour Party's historical commitment to socialism, and all but embraced Thatcherism. The deregulation revolution was started by Jimmy Carter, with airlines, road transportation, and banking. Under Mikhail Gorbachev, the Communist Party of the Soviet Union embarked on glasnost (transparency) and perestroika (restructuring) policies. These were not intended to destroy communism, but they did. Deng Xiao Ping's policy of "communism with Chinese characteristics" means economic liberalisation, the antithesis of communism.

We are all cynical about political parties and the politicians who lead them. But in the end their own survival is the name of the game. And if that means abandoning failing policies and adopting pie-in-the-sky alternatives, the smart ones will do it. Which is why our job is to make sure that they know, and that everyone else knows, what the alternatives are.