Category Justice
A R1 million reward is being offered by a judicial rights group for information relating to the alleged forgery of a signature on a liquidation order that resulted in Durban businessman Ian Brakspear losing his business in 2008. The reward has apparently set the Durban High Court alight with intrigue. 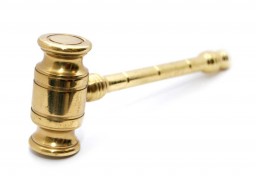 A reward of R1 million has been offered for information about the alleged forging of high court documents that led to Durban-based businessman Ian Brakspear losing his business in a what he says is a fraudulent winding up order.

This dramatic turn of events has apparently ignited the Durban High Court, with copies of Natal-based The Witness – which reported news of the R1 million reward for information relating to forgery in the court – apparently circulating freely among court officials today. Acts Online first reported the story here.

The reward is being offered by UK-based judicial rights group Casisa (Constitution Accountability, Sedition, Independent, State, Access), which gives support to victims of fraud committed in the courts.

Brakspear says he was taken by surprise when receiving news of the R1 million reward. “I didn’t expect this kind of support, which I find totally amazing. There’s nothing like a financial reward of this size to flush out the criminal elements operating out of the Durban court. I have tried for six years now to get justice, so far to no avail. Hopefully this will help remove the rot in the Durban court system.”

Brakspear’s business West Dunes Properties, which owned the 87 hectare wine farm Klein Normandie in Franschoek, was liquidated in 2008 over a R7 million loan Brakspear says he neither asked for nor received. Affidavits from the court registrar confirm that the signature on the liquidation order has been forged, and there is no evidence that the case was ever heard in the court. A forensic document examiner also found that the signature on the liquidation order was a forgery. After examining several other signatures on court orders supposedly issued by the Durban court registrar, the forensic examiner found a pattern of forged signatures in the Durban court.

Brakspear is asking the Durban High Court to declare the liquidation order null and void on the grounds that it is based on a forgery.  And he has accused the Nedcor group – which brought the liquidation application – of perverting the course of justice to secure a fraudulent winding up order.

The R1 million reward “arose as a result of evidence received of obstructionist attempts to stop the Hawks' (the elite police investigation unit) evidence being heard in court at a meeting on 20th March in the Judge President’s chambers,” says Lewis. “The need to flush out the party responsible became critical. As the forged court order had no court seal we believe it came from outside the court. In order to prove this our lobby offered the reward, as we believe that witnesses will confirm this. At the same time as we are certain that someone involved in the legal aspect of the case will come forward. I am awaiting a response from the Chief Justice with regard to my call for him to act under the authority granted in the Superior Courts Act passed last year. He has until the 7th of April (to reply).”

Brakspear has accused Leonard Katz of Edward Nathan Sonnenberg (ENS) of faking the order on behalf of his client, Jersey-based Nedgroup, which is part of Nedcor. Katz vehemently denies this, replying that Brakspear is “delusional.”

Katz also says he cannot be held responsible for irregularities in the Durban court.

Meantime, ENS has brought a sequestration application against Brakspear, who argues it is motivated by pure malice. Should he be sequestrated, he would no longer have locus standi (or legal standing) to approach the Durban court for a declaratory order and would have to rely on his liquidated estate bringing the order (which he says is unlikely to happen).

Lewis says Casisa is a private sector human rights lobby made up of victims of fraud committed upon the court. It has not yet been registered as a human rights organisation in the EU.

“I am awaiting acceptance of our proposals to hold lawyer-led syndicates responsible for this type of fraud (as in the Brakspear case). This will give victims of corrupt lawyers a foundation to come forward, as they can do so directly before a Judge, which prevents intimidation of our witnesses, which has included attempted murder in the past. Our service is free and privately-funded, although in the Lloyds UK insurance fraud case we are entitled to a recovery fee of 30% should our investigations result in the roughly  US$200 million damages claim against the same Katz (of ENS), as one example.

“We do not receive any payment from people like Ian Brakspear, and a large amount of our efforts are focused on politicking in support of human rights. In the UK, an independent regulatory authority does the role that we are trying to entrench in SA through Casisa, with the assistance of the Chief Justice, as it empowers the Judiciary. The reward offered is funded by a UK benefactor who considers the amount of £55,000 (R1 million) as not expensive considering the danger of the corruption of the Mandela legacy of fundamental human rights on the African continent. Members currently wish to retain anonymity for personal reasons, and victims in SA are divided into four categories.

“I created Casisa as a result of the hundreds of victims who approached me for help, like Ian. I have a day job in the UK which I hopefully will be returning to soon after the Chief Justices’ NEEC (National Efficiency Enhancement Commission) has made a decision in April, the structure proposed will allow future victims an avenue of recourse which the current Law Society has so dismally failed to do, and which is why the Minister introduced the Legal Practice Bill.”

The National Efficiency Enhancement Commission is headed by the Chief Justice under authority granted by the Superior Courts Act, passed by parliament last year. It empowers the Chief Justice to act in all matters that affect the functioning of the courts (such as the existence of forged high court orders) and it brings together other role-players such as the National Prosecuting Authority and SA Police Services. It is headed by Judge Nathan Erasmus.

Casisa complements the Bill by empowering the Judiciary to hold lawyers accountable to their oath of office through a disciplinary authority. It also protects fundamental human rights and shields the independence of the Judiciary from corrupt outside influences, says Lewis.

Lewis says the NEEC initiative will allow witnesses to be brought in safety before a judge, and clearly has ENS director Leonard Katz firmly in its sights for other cases not related to Brakspear.

Stay tuned for more on this.