SA urgently needs a credible, non-racial alternative to the ANC

William Gumede argues in The Guardian that SA needs a credible, non-racial alternative to the ANC. This is especially so following the instant divorce between Agang SA and the Democratic Alliance. 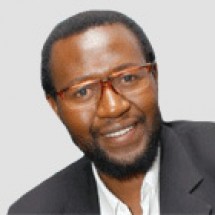 This week those who oppose ANC rule in South Africa suffered a blow when an electoral pact between the Democratic Alliance and Mamphela Ramphele, a co-founder of the black consciousness movement, fell apart.

Elections are due in April, 20 years after apartheid was finally banished. But the issues that tore apart the partnership show how difficult it still is to build a strong and unified opposition that can straddle the country's enduring racial divide.

South Africa desperately needs a relevant, credible and non-racial alternative to the dominant ANC. The Democratic Alliance (DA) grew out of the old National party, which enforced apartheid, and the white liberal opposition parties of that era. But a strong modern opposition – which is necessary for the infant democracy to fully come of age – must appeal to the black majority too.

The mass supporters of the ANC – battered by frequent broken promises, corruption by party leaders and poor public services – appear to be ready to break their sacred attachment to the party which brought freedom and the vote. However, the alternative opposition parties at the moment are either too tainted by their record under apartheid to persuade black voters that they'd redress economic injustices; or, if they are black, too small and divided – and unable to attract whites.

The DA made Ramphele their presidential candidate for exactly this reason. But after publicly accepting the DA's nomination, Ramphele withdrew days later. Although Ramphele and DA leader Helen Zille pushed for the deal, powerful constituencies within their own parties strongly opposed it.

Mamphele said later it was a rushed decision, because millions of black South Africans will still "never vote for the (white) DA" at this moment, and that it would be better to form a black-led alternative opposition. Mamphele said that both the DA and her own Agang party had mistakenly believed that racial distrust could "magically disappear" with this partnership.

The last significant attempt to establish a non-racial opposition party was when the Congress of the People (Cope) was formed in 2007 by ANC members opposed to the election of scandal-prone Jacob Zuma as leader. But after securing a remarkable 1 million voters within three months of its launch, Cope has fallen into disarray.

The DA-Agang failure is likely to cause black voters to further lose faith in opposition parties, and will set back efforts to create a relevant non-racial alternative to the ANC even more.

The big problem with South Africa's opposition is that white parties are still perceived to be serving the interests of whites, and black parties the interests of blacks. They are either too economically conservative, seen to be aligned to white big business, or lacking in credibility when they talk about economic redress for historically disadvantaged communities.

The DA, despite appointing a number of key black leaders, is still perceived as a white-dominated party, lacking "struggle" credentials. Of course, the DA's other dilemma is that the white constituency on which it depends may desert it if it "blackens" itself too much.

The expelled former ANC youth league president, Julius Malema, astutely understands the large political vacuum, and embedded his new party, the Economic Freedom Fighters, in leftist economics. However, though this may appeal to the restless youth – who are also notoriously difficult to get to the voting booth – it is unlikely to appeal to the masses of older, middle-ground ANC supporters.

One way to break the mould would be the merger of the other centre-right and liberal black and white opposition parties – such as Cope, theInkatha Freedom party and the United Democratic Movement – into one giant opposition or grand coalition. This would make it difficult for the ANC to target the opposition as "white", anti-transformation or too insignificant. In such a coalition the opposition parties could retain their identities and leaders but fight elections together, agreeing not to stand against each other.

Ultimately a totally new party could form, with a new name, to send the message that the party has moved beyond past racial divisions and is something totally original, for new times and a new future.

William Gumede is a senior associate and Oppenheimer fellow at St Antony's College, Oxford, and author of Thabo Mbeki and the Battle for the Soul of the ANC, and South Africa in BRICS: Salvation or Ruination.