The Labour Court has come out swinging on behalf of trade union Solidarity, which last year won a case against the Department of Corrections Services for overlooking for promotion 10 employees of the wrong colour, according to the Cape Times. The case has started to open much-needed debate over the country's affirmative action laws. 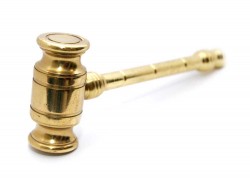 The Labour Court has bolstered an earlier order directing the Department of Correctional Services to take into account regional demographics when making job appointments.

In the Cape Town Labour Court on Thursday morning, Judge Anton Steenkamp ordered the department to implement and enforce an order that was granted by the same court on October 18.

In that order, a judge told the department to take “immediate steps” to ensure that both national and regional demographics were taken into account when setting equity targets, more specifically in respect of “designated groups”, which include women, people with disabilities and people who are black, coloured or Indian.

Although this judgment is under appeal, trade union Solidarity brought an urgent application fearing that before the appeal process is finalised, the department would make appointments based on national, rather than provincial, demographics.

While the effect of a judgment was usually suspended pending an appeal,

Judge Steenkamp said there was provision for the court to direct otherwise.

This was subject to a number of factors, such as whether the potential existed for one of the parties to be prejudiced or suffer “irreparable harm”.

In this case, the judge found that there could be no prejudice to the department, much less irreparable harm, were it to take both national and regional demographics into account when making appointments pending the appeal process.

The main court action – the appeals for which are expected to be heard later this year – was brought by the trade union, along with 10 workers, nine of them coloured and most of whom are Correctional Services employees. They claimed that they had been overlooked for jobs and promotions because of their race as a result of the department’s employment equity plan, which took into account national demographics only.