Trade union Solidarity argues that President Zuma's efforts to ramrod through amendments to the Employment Equity Act is an effort to override recent court decisions that challenge the government's application of national racial quotas. 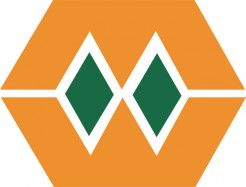 The Solidarity trade union has expressed concern over President Jacob Zuma’s assent of the Employment Equity Amendment Bill. This is an attempt by Zuma to simply undo several crucial court decisions on affirmative action by ratifying a law empowering the government to do exactly what the court has labelled as unfair discrimination.

Dirk Groenewald, head of Solidarity’s Centre for Fair Labour Practices, said the amendment bill makes provision for the government’s enforcement of national racial demographics. ‘This stands in contrast with the Labour Court in Cape Town’s recent ruling in the case between Solidarity and the Department of Correctional Services (DCS). The court ruled that when appointments are made on the basis of the national racial demographics, ​​and unique regional differences such as those existing in the Western Cape are disregarded, it amounts to unfair discrimination.’

Solidarity has repeatedly warned that the proposed changes would mean that the Act would not be about redressing anything at all, but that it would be all about race. ‘Section 42 (2) and 42 (3) of the amendment bill affords the Minister of Labour too much arbitrary power. This will enable the minister to issue regulations that could force any designated employer to ensure that its workforce is a reflection of the national racial demographics at all levels and in all workplaces. Solidarity is involved in various court cases against state institutions where this unilateral approach is already being applied by the government. Therefore, these amendments are nothing less than an effort to bring legislation in line with the government’s demonstrated obsession with race,’ said Groenewald.

Solidarity also reports on an afirmative action case it is taking to the Constitutional Court:

The South African Police Service’s (SAPS’s) affirmative action plan is unlawful because it implements racial quotas that are prohibited by the Employment Equity Act, the Solidarity trade union argues in its opposing documents to the Constitutional Court.  The SAPS has applied for leave to appeal against the Court of Appeal in Bloemfontein’s ruling in favour of Lieutenant Colonel Renate Barnard and Solidarity. The union is opposing the application.

Dirk Groenewald, head of the Centre for Fair Labour Practices, said there is no basis in the police’s application that would result in the Constitutional Court reaching a different finding than the ruling by the Court of Appeal. ‘The SAPS application is a cynical move to deprive Barnard of the justice she is entitled to after her eight-year court battle. We trust that the Constitutional Court would confirm the Court of Appeal’s ruling that equality could not be achieved by mechanically applying formulas and numerical targets. The SAPS’s affirmative action plan and its implementation is racist and sexist.’

Groenewald said the National Commissioner denied Barnard’s promotion solely because it would have distorted the racial quotas on her post level. ‘The Court of Appeal said in its ruling that Barnard would have been promoted if it had not been for the National Commissioner’s wrongful conduct. The SAPS is trying to fight the Court of Appeal’s ruling on the grounds of baseless points of law.’

In November, the Court of Appeal in Bloemfontein ruled in favour of Solidarity and Barnard. The SAPS had to pay the costs associated with litigation in the Labour Court, the Labour Appeal Court and the Highest Court of Appeal, as well as compensation to Barnard.

Barnard’s affirmative action battle began in 2005. She applied for the same position twice. Each time, she was the best candidate and the panel of interviewers recommended her appointment. The post was left vacant, however.  The position was advertised for a third time, but it was scrapped after she had applied for it again.