The ANC's performance balance sheet: the good, the bad and the ugly

Although South Africa has been slipping down various international rankings, anyone drawing up a balance sheet of rule by the African National Congress (ANC) since it came to power in 1994 must be struck as much by the successes as by the failures, writes John Kane-Berman of the SA Institute of Race Relations. 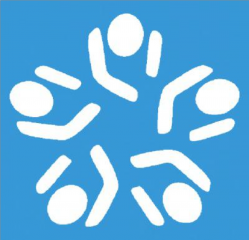 Although South Africa has been slipping down various international rankings, anyone drawing up a balance sheet of rule by the African National Congress (ANC) since it came to power in 1994 must be struck as much by the successes as by the failures.

The latter are well known.

They include high crime rates, rising unemployment, endemic corruption, dangerous roads, lawless police, poor schooling and public hospitals, and the tragic fact — thanks in part to the organisation’s early failure to confront the crisis — that 3-million people have died from AIDS.

The strange thing about the successes is that they seem to contradict opinion surveys showing growing disillusionment with the ANC.

Most striking are the surveys cited by the Presidency itself, which reveal a substantial decline in the past eight years in the number of people who think the government is performing well and delivering services properly.

Over that same period, of course, so-called service delivery protests, many of them violent — and some accompanied by violence on the part of the police — have grown in number.

Yet 3.4-million houses have been built or put in hand since 1994. The proportion without electricity has dropped from half to a quarter.

Despite plentiful school dropouts, the number of Africans who have completed grade 12 has risen in the past decade by 3.5-million and the proportion by 43%. The proportion of schools that charge no fees has risen from 1% to 56%. Africans now account for 53% of all first degrees awarded by universities.

Especially dramatic is the rise in the number of recipients of social grants, from 2.4-million in 1996 to an expected 17-million this year. This is largely accounted for by the introduction of the child support grant.

As a proportion of the budget, broad social spending — embracing housing, healthcare, education and welfare — has risen from 44%, when the ANC came to power, to 59% this year. The relative size of the social slice has thus risen by no less than 34%.

Nor does the story end with government action.

The private sector is mainly responsible for the fact that the proportion of African households with cellphones has climbed from 19% to 88%. This is but one example of how living standards have been rising.

Africans now account for a quarter of people in the top living standards category, against only 5% eight years ago. Negotiated wage increases have outstripped inflation in all but two of the past 15 years.

So why all the disillusionment?

Apparent successes measured by statistics have too often been followed by failure on the ground.

For example, nearly 97% of land restitution claims have been settled, but most land reform projects have ended in failure.

Millions of houses have been built, but the bill to repair or rebuild tumbledown government housing has been officially estimated at almost R50bn.

About 86% of households are entitled to free basic water, but one-fifth endure interruptions for 48 hours or longer.

That the ANC last week sacked its three top officials in Madibeng over the water crisis there suggests sensitivity to possible electoral consequences in a few months’ time, even though these will be national and provincial rather than local elections.

But perhaps the greatest success the ANC has achieved since it came to power is one that will hardly feature in the elections.

This is the substantial support it has mobilised for its comprehensive racial engineering policies in the form of black economic empowerment, employment equity, affirmative procurement and land reform.

These successes also contain the seeds of failure.

But that is another story.

This article first appeared in Business Day on 27 January 2014.