Only a fraction of fishing licence applications have been granted

Only a fraction of the fishing licences applied for have been granted, leaving many well-established fishermen without a livelihood. The situation has been described as a "national disaster" by the Democratic Alliance, which wants the matter investigated, according to Business Day. 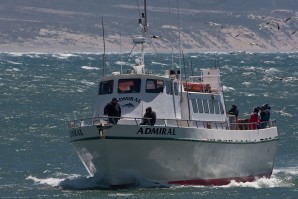 The process followed by the Department of Agriculture, Forestry and Fisheries in allocating commercial fishing rights to eight industry segments "is tainted by unlawfulness and illegality" and open to legal challenge, an advocate and specialist on fishing law says.

The department insists it followed a rigorous and audited allocations process. Last week it named the successful and unsuccessful applicants for fishing rights in the KwaZulu-Natal prawn trawl as well as the demersal shark, squid, tuna pole-line, hake land-line, white mussel, traditional line fish and oyster segments. This caused an uproar among those fishermen who failed to get rights.

Of the 3,490 applications, only about 600 led to rights being granted and of the 1,556 applications for traditional line fish only 215 succeeded. Many who failed to get rights are well-established fishermen who no longer have a livelihood. They held several meetings last week to plan a course of action and are desperate to get their boats back to sea.

Acting deputy director-general Desmond Stevens has agreed to meet the South African Commercial Linefish Association on Tuesday but the fishermen are threatening to go to court to seek an urgent interdict against the rights allocation process if the outcome does not satisfy them.

The Democratic Alliance (DA) has called for an urgent meeting of Parliament’s portfolio committee of agriculture, forestry and fisheries to discuss the "national disaster". DA fisheries spokesman Pieter van Dalen said he would write to the public protector on Monday after gathering information.

It was Mr van Dalen’s complaint that led to the protector’s investigation into the R800m fishing patrol boat tender, which resulted in damning findings against the minister last month.

Fisheries law expert Shaheen Moolla — a legal adviser to former minister Valli Moosa and a key player in the 2005 allocations process, who also served as head of the department’s fisheries unit — said he was convinced last year’s allocations process was "fundamentally flawed" and "completely arbitrary". A big legal wrangle was likely. "Ultimately it will have to be a court of law that decides."

He said the fishing policies on which the allocations were based were unlawful as they were never passed by the Cabinet as required by the constitution. "Instead, the minister just decided she was going to do it," without any authority conferred on her by law to do so.

Furthermore, the department had failed to hold a single consultation meeting with traditional line fishermen on the west coast, as is required by law.

Another flaw in the process, he said, was the lack of individual score sheets for applicants, or so it appeared. The department had told some fishermen it did not have score sheets. None of the unsuccessful applicants had been told their scores and the department had been asked to hand them over by Monday, as well as the reasons for the rejections.

Mr Moolla said the absence of score sheets "adds further credence to the fact that this is a completely arbitrary process".

He said the fishermen would have to resort to the administrative appeal process as the first course of action before going to court for an interdict, but if the department failed to come up with the score sheets as requested, there would be no alternative but to go to court.

Mr Moolla said that in the 2005 allocation process, every applicant received a personalised letter explaining the decisions taken, and their own score sheet — as well as the score sheets and evaluations of all the other applicants in their particular fishing segment. The 2005 allocations were strongly underpinned by two years of consultation and a Constitutional Court decision.

About 50 skippers and former rights-holders gathered for a prayer service on the outskirts of Hout Bay to pray for a resolution to the issue and for their licences to be granted. The service was led by Pastor Norman Frost of the Pentacostal Church.