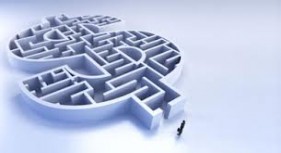 The Income Tax Act, 1962 was recently amended to provide for a new withholding tax on cross-border service fees. According to the new law, a withholding tax of 15% must be levied on the amount of any service fee that is paid by any person to or for the benefit of any foreign person to the extent that the amount is regarded as having been received by or accrued to the foreign person from a source within South Africa.

A foreign person is any person who is not a resident. Service fees would be regarded as earned from a South African source if the services in respect of which they are earned are rendered in South Africa. This fee includes any amount that is received or accrued in respect of technical, managerial, and consultancy services. It does not, however, include services which are incidental to the imparting of any scientific, technical, industrial, or commercial knowledge or rendering any service in connection therewith.

A foreign person will be exempt from the tax if:

Persons liable to withhold the tax can be relieved of such obligation only if they receive a declaration that, either the foreign person is exempt from the tax, or is subject to relief as a result of the application of a double taxation agreement.

The withholding tax will come into effect and apply to service fees that are paid or become due and payable on or after 1 January 2016.

Author : Graeme Palmer, a Director in the Commercial Department of Garlicke & Bousfield Inc