Hospital group Netcare is challenging the Competition Commission's use of KPMG for technical services related to the inquiry into the healthcare industry about to get underway, due to the fact that KPMG previously did work for Netcare, according to Business Day. 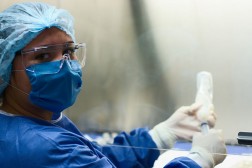 On the eve of the landmark inquiry into the private healthcare industry in South Africa, the Netcare group is challenging the Competition Commission’s use of professional services firm KPMG as its technical service provider for the investigation.

Netcare says there is a clear conflict of interest since KPMG has done consultancy and strategic work for it since 2011, including work preparing for the market inquiry set to start on Monday.

The application for an interdict against KPMG was set to be heard on Monday, but has been postponed. Netcare wants clarity from the South Gauteng High Court on the extent of the exchange of information between the team that did work for it and the one that had done work for the commission,

Netcare is also asking the court for an interim interdict against KPMG to prevent it from performing any work for the commission until the matter has been resolved. This has raised concern that the work of the panel may be delayed.

The commission originally suggested the market inquiry into the private healthcare industry after concerns were expressed that certain factors in the sector prevent, distort or restrict competition. Health Minister Aaron Motsoaledi has been particularly vocal in expressing his disquiet about the matter.

The market inquiry provision in the Competition Act became effective last year and paved the way for the introduction of an inquiry into private healthcare. The provision will allow the commission to initiate an inquiry if it has reason to believe that any feature of a market distorts or restricts competition.

Unlike the 2006 inquiry into banking costs, which required the banks’ voluntary co-operation, the commission now has wide-ranging powers to summon people to testify or to provide documents. It will be able to call for any information it may deem relevant and may initiate a complaint against a firm based on what it gathers during the inquiry.

The appointment of the panel of experts to conduct the inquiry was set for the first two weeks of last month, yet no announcement had been made as yet.

The final terms of reference for the competition authorities’ private healthcare inquiry were published at the end of last year. They included looking at possible cost drivers such as pharmaceutical manufacturers, medical equipment and the inter-relationship between the public and private healthcare systems.

The commission said in its terms of reference document that prices in the private healthcare sector were affordable for only a minority of citizens. About 42.5-million South Africans were dependent on the public healthcare sector last year.

Only 8.7-million use private healthcare services.

Per capita expenditure on private healthcare amounted to R13,800 in 2011-12, while for government-provided healthcare it was R2,880.

The final report of the yet-to-be-appointed panel of experts is expected to be published by November 30 next year. It is likely to include recommendations on the necessary remedial action.

Trudi Makhaya, deputy commissioner of the Competition Commission, on Friday confirmed that Netcare was pursuing an interdict related to one of the service providers engaged by the commission to provide technical services on the market inquiry.

"However, the commission cannot comment on the interdict at this stage," she said.

Ms Makhaya did not want to comment on the effect the interdict might have on progress with the market inquiry. But she said that the market inquiry team would be meeting within the next two weeks to consolidate information and assess where the commission stood.

Anthony Norton, director of law firm Nortons, representing Netcare, said Netcare had taken steps to protect the confidentiality of its information that had been made available to KPMG.

Netcare said it had no intention of delaying the inquiry or preventing it from going ahead, but it had major concerns about KPMG working for the commission after having had access to its confidential information. The healthcare group alerted the commission to the potential conflict of interest during the course of last year when it learned that KPMG had tendered to work on the inquiry.