The US attorney general is investigating what many have long suspected - that the world's currency makets are manipulated by a group of financial insiders known as the "bandit's club," writes Stephen Mulholland in Sunday Times Busines Times. 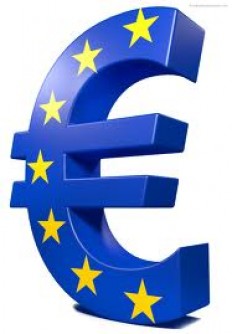 There are surviving among us those who recall when the rand bought you $1.40. Now it buys you $0.09. In those bygone days the annual travel allowance was R2,000 for holidaymakers, whereas business travellers could apply for more according to their needs, which often included a slice left abroad in a quiet Swiss bank account.

Currencies are a world of their own. It can be argued that a currency is akin to a share in a country. If the currency is strong, then presumably so is the country, but as we know this is not always the case.

Germany’s hyperinflation under the Reich in the 1920s created fertile ground for the rise of the monstrous Adolf Hitler.

After Germany’s defeat in World War 1, prices there rose one billion times, crime rates soared as health levels declined sharply and many starved to death.

As is well known, Robert Mugabe’s despoliation of the once thriving Zimbabwean economy led to hyperinflation, which rendered impossible the normal exchange of goods and services that, over thousands of years of civilisation, has replaced the barter system. Of course, there remain remnants of the barter economy, such as French olive-growers who exchange their produce with neighbours for wine or other forms of sustenance, with the taxman none the wiser.

As we have seen in Zimbabwe, the destruction of the currency damages the poor far more than it does the elite.

The dollar and the rand are now Zimbabwe’s mediums of exchange and they are in short supply, particularly the dollar.

Poor Zimbabweans have been reduced to washing US banknotes and hanging them to dry in the hope that they will remain exchangeable in what is left of the market economy after Mugabe’s depredations.

Neither the US Federal Reserve nor our Reserve Bank maintains printing presses in Zimbabwe.

But, around the world, central banks disgorge billions both in currencies and credits, making the foreign exchange market far and away the largest financial market globally with average daily turnover estimated at $5.3-trillion (about R58-trillion). It dwarfs everything else.

For example, the New York Stock Exchange, the world’s largest, turns over $169bn a day, which is 3.18% of world currency trades.

What is quite fascinating is that this financial giant, the currency market, is the least regulated in the world. And it is a market that is fiendishly difficult — and perhaps impossible — to regulate with any efficiency.

Let there be no doubt that in this vast 24-hours-a-day currency casino there is rampant insider trading.

Currency dealers around the globe are in constant contact, and the information they have is not the sort of inside dope that might come out of a listed company.

Currencies do not have boards of directors or shareholders. There are no financial services boards digging around seeking malfeasance. And it is clearly beyond the resources of oversight authorities to follow what a dollar trader in Kolkata has said to his counterpart in Tokyo or Johannesburg or Paris or London, or what they have in turn said to one of the far-flung brotherhood around the world.

It is true that central banks can make decisions that move currency markets, such as interest rate changes, and leaking such information in advance would clearly be criminal.

Now the US attorney general, Eric Holder, is conducting an investigation into allegations that some traders, known in the business as “the cartel” and the “bandits’ club”, have been stiffing forex clients.

Given the size of the trades and the narrowness of the margins, the cosy links between traders around the world could be costing clients money while lining the pockets of currency staff at some of the world’s largest financial institutions.

• This article was first published in Sunday Times: Business Times