Why is the government cancelling bi-lateral trade agreements?

Category Trade
The government has decided to cancel bi-lateral investment treaties with several countries because they interfere with its transformation agenda. It plans to replace this with the Promotion and Protection of Investment Bill, now open for public comment, which aims to curtial potential claims from foreign investors. Jonathan Lang of Bowman Gilfillan explains in a recent article the reasons for this development. 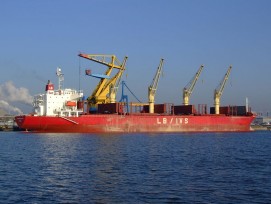 Why is the South African government cancelling bilateral investment treaties (BITs) with its most important foreign investor countries?

It was recently announced that South Africa had terminated a Promotion and Protection of Investment treaty with Switzerland. South Africa has also recently terminated its BITs with the Netherlands, Spain, Luxembourg and Belgium and Germany, and it appears that other cancellations are in the pipeline. In the current economic climate, with questions being asked by foreign investors about labour relations, the implementation of the new order mining rights regime and governmental policy drift generally in South Africa, is this the time to be cancelling treaties which guarantee foreign investors in South Africa’s economy certain protections and assurances?

The Government’s reply is that it is not doing away with foreign investor protections but is rather making changes to the way in which those protections are ensured, whilst maintaining its right to implement policies to address the country’s social and economic requirements and to redress the injustices of past through its affirmative action policies.

The Department of Trade and Industry (DTI) carried out a review of South Africa’s BITs and concluded in 2010 that South Africa’s BITs extend too far into the policy sphere, as the first generation of BITs, which the Government entered into post-1994, were allegedly skewed towards investors and that aspects of its BITs were incompatible with the Constitution and other South African laws. It further concluded that BITs allowed for legal challenges to regulatory changes, which the Government considered to be in the public interest. The DTI therefore recommended that South Africa restructure its policy framework to ensure that South Africa’s broader social and economic priorities are not undermined. Some insight into the Government’s line of thinking was revealed by Dr Rob Davies, the South African Minister of Trade and Industry, at a United Nations Conference on Trade and Development Investment Policy Framework for Sustainable Development in Geneva in September 2012 when he said:

“The recommendations emanating from the Review were largely endorsed by the South African Cabinet in April 2010. Cabinet understood that the relationship between BITs and FDI was ambiguous at best, and that BITs pose risks and limitations on the ability of the Government to pursue its Constitutional-based transformation agenda. Cabinet concluded that South Africa should refrain from entering into BITs in future, except in cases of compelling economic and political circumstances. It instructed that all “first generation” BITs which South Africa signed shortly after the democratic transition in 1994, many of which have now reached their termination date, should be reviewed with a view to termination, and possible renegotiation on the basis of a new Model BIT to be developed.”

In subsequent public statements on this issue (including the DTI’s “Update on the Review of South Africa’s Bilateral Investment Treaties”) the Government referred to the introduction of legislation to replace the protections afforded by BITs. On 1 November 2013, the Government published the draft Promotion and Protection of Investment Bill for public comment. On the face of it, the Bill includes the usual features of bilateral investment treaties whilst introducing measures which address the concerns identified in the DTI’s review, thereby attempting to redress the balance between the needs of foreign investors and the Government’s right to implement policy. In essence, the Government appears to be attempting to recharacterise investor protections as a shield and not sword.
South Africa’s Foreign Investment Protection History

Whilst the WTO/GATT has successfully established a multilateral process for reaching agreement between countries as to matters of trade, cross border investment has continued to be regulated bilaterally between sovereign states. During the apartheid era South Africa entered into very few BITs.