Public Protector in fire fight with security ministries over Nkandla

Public Protector Advocate Thuli Madonsela says her team was frustrated and obsctructed in their investigations into the R206 million Nkandla estate, built for President Jacob Zuma. The story played out this week in the courts and in the press, reports the Mail & Guardian. 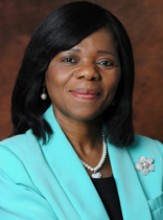 As she faces a backlash around the proposed release of her provisional report around the upgrades at President Jacob Zuma's Nkandla residence, public protector Thuli Madonsela has admitted she is concerned the South African Communist Party (SACP) has accused her of being "counter-revolutionary".

Asked whether the Nkandla report had been the most challenging she had tackled so far, she told the Mail & Guardian the reaction had been an anomaly. "The politics and wild attacks are unprecedented," she said.

While a group calling themselves "Friends of Advocate Thuli Madonsela" have set up a Facebook page to show their support, she is used to clashing with others as she undertakes investigations in her own indomitable way.

Madonsela has not been afraid to fight back, and vigorously opposed an urgent interdict from the security cluster of ministries to prevent her releasing the Nkandla report. "According to the security cluster ministers, the report has been given to four teams. This was not agreed to," she told the M&G. "It will further deepen prejudice to those that assisted with the investigation, and those that I have made provisional adverse findings against."

Although there have been regular attacks on her character since her appointment to the post by Zuma in 2009, Madonsela has not received any threats to her life.

"I have not received any threats, but I am concerned about the South African Communist Party accusing me of being counter-revolutionary" she said.

"The process reflects contamination by prejudices," the party said in a statement condemning her actions."This is evident in what clearly appears to be some sort of a politically charged agenda involving possible collaboration with anti-majoritarian liberals, using a report which is yet to be released as a platform to ferment negative sentiment against the president, and by extension the revolutionary alliance of our people as led by the ANC as well as the democratically elected government that it leads."

As had happened in the past, the agenda repeatedly compromised the use of the media to streamline and synchronise activities bent against the president, causing aspersions and finding him "guilty in the court of public opinion", the party asserted.

"We are also deeply concerned that Madonsela behaves as if she is above the law and the Constitution, including her habit of investigating matters that are subject of investigation [or have been investigated] by other organs of state," wrote the SACP.

"We also wish that she desists from running the affairs of the office of the public protector through the media. It is for some of these reasons that she is gradually losing the confidence of all the parties in Parliament."

Madonsela's unbowed
Madonsela was unbowed and responded by saying that as she had previously urged, people should wait for and read the report carefully.

"Everything is, like in all our reports, outlined in detail. The sooner the report gets out the better are the chances of an informed rather than emotional public debate," said Madonsela.

"Furthermore the media is the only avenue that brings people to the public accountability process through the public protector. We call it moral suasion. We will not and cannot desist from using it as asked or ordered by the SACP."