The keenly awaited Promotion and Protection of Investment Bill, which will replace a raft of bilateral investment treaties designed to protect foreign investors, was published in the Government Gazette on Friday, confirming fears that investors’ rights will be diminished, reports Business Day. 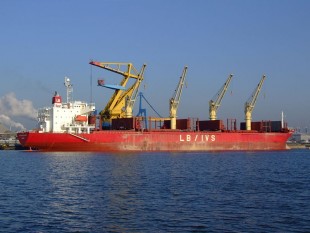 The cancellation of the treaties — mostly signed with European Union countries immediately after 1994 — as they come up for renewal has been criticised by a range of groups, from foreign business to credit rating agencies for causing uncertainty over the security of future foreign investment. Several foreign governments have "regretted" the cancellations.

The bill diminishes the rights contained in the bilateral treaties in three important ways.

• In the event of expropriation, investors are no longer assured of compensation at full market value, but in line with the constitution, which says compensation must be "fair and equitable". It must consider both market value and a range of public interest concerns, such as redress for the past.

• The bill removes the obligation on the government to enter into international arbitration in the event of a dispute. Investors can ask the Department of Trade and Industry to facilitate mediation or can approach the courts for relief. Further regulations on the settlement of disputes will be drafted by the trade and industry minister.

• The bill removes a provision contained in most bilateral investment treaties, that investors are entitled to "fair and equitable treatment". This is commonly used to provide investors with an avenue to contest new legislation or regulation that alters, in a prejudicial way, the conditions under which investments are made.

Trade and Industry Minister Rob Davies will hold a briefing on the bill on Monday. He has previously said the replacement of bilateral treaties by general legislation was being done to reshape the trade policy investment framework in line with the government’s other policy objectives.

Webber Wentzel partner Peter Leon said the protection offered by the bill is "substantially different" from that contained in the bilateral investment treaties.

"It removes the obligation to international arbitration, compensation is not at full market value and, very importantly, there is no mention in it of ‘fair and equitable’ treatment of investors. The notion of ‘fair and equitable treatment’ is guaranteed in the bilateral investment treaties and essentially means that a government must act predictably towards investors.

"So if the conditions under which an investment was made … changed, then an investor could sue for compensation. That is not in this bill at all," Mr Leon said.

While the bill does offer limited protection to investors, it is hardly any stronger than that already provided by the constitution.

Mr Leon also noted that the bill, unlike the treaties, could be changed unilaterally by Parliament, while the treaties protected investments for a fixed term.

Trade Law Centre researcher Sean Woolfrey said the bill limited the potential for foreign investors to pursue compensation in the event of new laws and measures having a detrimental effect on their investments in South Africa.

"It conceptualises ‘expropriation’ very narrowly compared to typical bilateral investment treaties; it increases the leeway for expropriation; and it allows the government to provide compensation at less than market value if certain conditions apply," he said.

In the past, South Africa has been taken to international arbitration under its bilateral investment treaties after the introduction of black economic empowerment provisions in the mining sector.

In Australia, such treaties have been used to contest domestic legislation such as the introduction of plain-packaging regulations for the sale of cigarettes, which tobacco companies say prejudice their investments.

South Africa is not alone in reviewing policy towards bilateral investment treaties. Several Latin American countries have been engaged in a similar process on the grounds that the treaties infringe on policy space, Mr Woolfrey said.

There will be a three-month period for public comment before the bill enters the parliamentary process.

On Thursday, the government cancelled a bilateral investment treaty with Switzerland, the fifth to be cancelled recently.

Switzerland’s deputy head of mission, Heinrich Maurer, said his country regretted the step and would have preferred the continuation of the agreement.

"We expect that South Africa will swiftly introduce a reliable and equivalent national legal framework for the promotion and protection of investments in order to restore solid guarantees and predictability for Swiss companies investing in South Africa in the future," he said.

Switzerland remains committed to continuing discussions with South Africa on the future framework ," he said.

Switzerland is ranked seventh in its foreign direct investment in South Africa of R27.4bn.