Key Points Act is an abuse of office 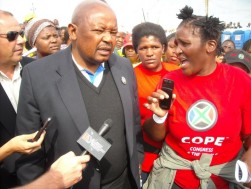 Congress of the People leader Mosiuoa Lekota (left) says the attempt by government to push through the National Key Points Act is reminiscent of George Orwell's Animal Farm, where the revolutionaries become indistinguishable from the past oppressors, according to Business Day

POLICE Minister Nathi Mthethwa has promised that changes would be made to the apartheid-era National Key Points Act to provide for parliamentary oversight — but this oversight would still be in secret, behind the closed doors of the intelligence committee.

On Friday the African National Congress (ANC) rolled out its securocrats in a debate on the act, with opposition parties lambasting the ruling party for using the act to cover up corruption, particularly over the R206m security upgrade at President Jacob Zuma’s private home in Nkandla.

The debate took place on the same day that the security cluster of ministers successfully went to court to compel Public Protector Thuli Madonsela to delay releasing her report on the spending at Nkandla. During the debate, opposition parties insisted that while the nation’s critical infrastructure needed protecting, there was no place for the National Key Points Act in a democratic SA.

Amid frequent interjections from both sides, the debate was characterised by rowdiness. 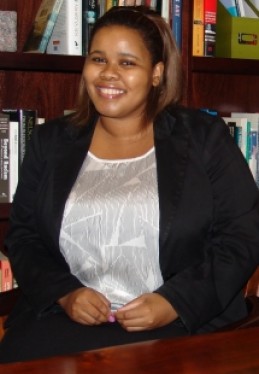 Responding in the debate introduced by Democratic Alliance (DA) parliamentary leader Lindiwe Mazibuko (left), Mr Mthethwa said a review of the act was under way and that "the review of the act will include a public consultation process which will commence in early 2014 and will culminate in the tabling of the list of all national key points at the joint standing committee on intelligence". The intelligence committee is the only one in Parliament that always meets in secret and requires those MPs assigned to it to take an oath of confidentiality.

Mr Mthethwa said: "The protection of critical infrastructure is deemed necessary not only from possible commonly identified physical threats, such as terrorism, but also from other potential threats including organised and cyber-crime and national disasters.

"That is why we welcomed and adopted these findings and work is under way to implement them within the mentioned time frames," the minister said.

But Ms Mazibuko disagreed, saying: "The National Key Points Act was passed in 1980, during a time in SA when the paranoia of the apartheid government was at its peak. When the act was passed, it was done in response to what the government of day viewed as sabotage or terrorism.

"It was used to wage war against our own people".

She said the act was designed to reinforce the safety of the apartheid system and to give the apartheid minister of defence very broad authority to declare any place in SA a national key point.

"The question, Mr Speaker, is why did our democratically elected government make such extensive use of this antiquated law to justify the spending of over R200m on the upgrading of President Jacob Zuma’s private home in Nkandla?

"How could the honourable members of the very organisation this law was written to suppress become the suppressors themselves?"

Congress of the People leader Mosiuoa Lekota said: "I am reminded about George Orwell’s Animal Farm published in 1945. At the end, the past perpetrators of oppression and the revolutionaries who come to power are indistinguishable.

"Yet, how quickly, brazenly and unapologetically the ruling party uses an act it would have despised and rejected before, and rightly so, to shield its embarrassment and do damage control," Mr Lekota said.

"Using a past law that does not even have a veneer of transparency, accountability or constitutionality devalues our constitution.

"The strategic abuse of the National Key Points Act is visibly and nakedly an abuse of office. It is regressive and objectionable. Only those who are morally bankrupt will use the old act as it is."

Mr Mthethwa and his colleague Public Works Minister Thulas Nxesi came out in support of the use of the act to justify the secrecy around the security upgrade to Mr Zuma’s home.