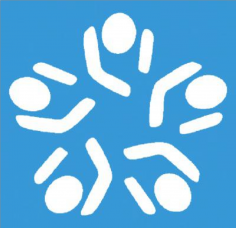 John Kane-Berman of the Institute of Race Relations previously defended the Democratic Alliance (DA) for rightfully claiming its place in the history of struggle against apartheid. Writing in Business Day, now he says the DA has betrayed its heritage by signing on to the ANC's racial programme, which is both morally and economically indefensible.

The African National Congress (ANC) professed outrage at the DA’s behaviour, but the official opposition and its predecessors had fought the good fight against apartheid. Despite vilification on left and right, they had kept the liberal flag flying and were entitled to claim some of the credit for the demise of the policy that made South Africa a swearword around the world.

Since then, the DA has betrayed its heritage. Worse, its parliamentary caucus has twice endorsed legislation devoid of economic rationality, thereby helping to hobble growth and betray the jobless.

The party now admits its mistake in endorsing employment equity amendments, which it says it will in future oppose. But it remains hopelessly confused on amendments to black economic empowerment legislation, which it now also opposes but solely (it seems) because these make it too easy for an already wealthy black elite to chalk up new empowerment deals.

But this is only a small part of the empowerment problem.

All empowerment rules reinforce the ANC’s racial agenda, while the amendments seek huge fines (up to 10% of annual turnover), plus prison terms of up to 10 years, for "fronting", which is far too broadly defined. Helen Suzman’s reaction to the DA stance would have been unprintable.

Of course, the DA is tapping into the moral confusion about race that grips the politically correct in the western world. Part of this confusion is that discrimination is not acceptable against blacks, but kosher against whites. In its worst form, as the history of Africa shows, this moral confusion turns a blind eye to all atrocities other than those committed by whites.

Another part of the confusion is the fundamentally paternalistic idea that blacks are incapable of doing anything for themselves, so that whites must do it for them. In fact, the harm that this legislation will do to blacks outweighs the harm it will do to whites.

President Jacob Zuma has bewailed the lack of black industrialists in South Africa. This is an amazing admission after more than R600bn has been spent on empowerment. But the reason is simple. His government’s policy puts the responsibility of creating black industrialists upon white industrialists. Why would they do that? One or two exceptions aside, it’s not in the nature of businessmen to promote competition for themselves. Black industrialists also need to stand on their own two feet, not rely on whites for risk-taking entrepreneurship.

The DA seems to think a stricter enforcement of empowerment will benefit the poor. The evidence suggests the reverse. Application of preferential procurement in state tendering is partly why more than R50bn has to be spent on repairing shoddily built RDP homes. It’s a further factor in the frequent breakdown of sanitation and other services. Preferential procurement has also inflated costs, leaving less revenue available for new housing and other services. All of which helps explain why poor communities explode in fury almost daily.

The DA also seems to believe that tougher enforcement of empowerment requirements will somehow promote growth. Logic suggests the opposite. The investment needed to promote growth is already in jeopardy because of uncertainty over mining rights, and because of plans to reduce the protection that foreign investors enjoy under bilateral treaties with various countries. More empowerment demands will further undermine South Africa’s already diminished attractiveness to all investors, local and foreign. If the DA is not aware of the extent to which our poor investment climate already puts growth at risk, it needs to upgrade its research capacity.

If the DA is aware, but nevertheless piously votes for economically harmful legislation in the hope of attracting black votes, then the party is playing a cynical game.