We need to redesign BEE from top to bottom

Mark Barnes argues in Business Day that black economic empowerment (BEE) as presently conceived has failed. There are better ways to spread the lucre, by losing the obsession with equity ownership and focusing on supply and service contracts, and by making it attractive (and legally permissable) for pension funds to invest in smaller businesses. It would also help if the law stopped discriminating against children, particularly white children born after 1994 who had nothing to do with apartheid. Trade and Industry minister Rob Davies recently released new BEE Codes of Good Practice to accelerate racial transformation of the economy, but a complete overhaul of the entire system is needed, argues Mark Barnes. 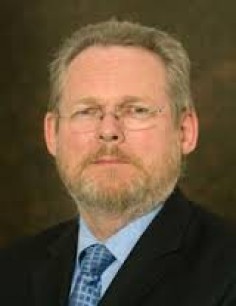 THERE can be no question that a transfer-of-wealth programme had to be a national imperative after apartheid.

That is obvious to us all.

Political promise can be validated only in economic delivery. In our particular case it is also abundantly clear who the money should come from (the white privileged) and who it should go to (the black previously disadvantaged). Why then, have we made such a hash of it?

There were so many flaws in the design of black economic empowerment (BEE) it is hard to know where to start.

I will restrict my comments to equity participation this time.

You would neither get past your personal banker nor a course in economics 101 if you wanted to borrow money to buy shares.

The average dividend yield over the past 20 years has been about 3.8%-4%, and the prime overdraft rate has been above 15% for most of that time.

You can’t service a 15% interest rate with 4% income. You don’t need a PhD in astrophysics to figure that out. It’s not politics, it’s arithmetic.

Ever since BEE funding structures have been put in place everyone has known they’re not going to be self-funding — there is a "negative carry" between the dividend cash in and the interest cash out (less exaggerated in low-interest rate cycles, but still there). Compounding this flaw is the fact that interest on capital borrowed to purchase shares which yield aftertax dividends (if any) is not tax deductible.

How was it ever expected that this gap would be filled?

Either capital appreciation or vendor support.

When the scheme is wound up after five years and the loan is repaid, the BEE beneficiaries will only end up with about 6% free equity if they bought 25% in the first place.

The more common approach to this obvious problem was for the empowered company to fill the gap, either by underwriting a share price at the end of the structure (most banks required this anyway, they’re not fools) or providing finance itself to the structure at below market rates to help this mismatch work.

Of course, when you start mixing market prices and social prices you can end up with a matzah pudding. Worse still, if the shares go down in price or become less than the negative carry, the structure ends up "out of the money", and the shares and interest revert to the "white" institutions that funded them risk-free in the first place.

If you have to give away shares for free, why don’t you just go ahead and do it?

There is no need for the sham and the free riding of the unintended benefactors, such as the banks and other financial institutions, the loan risk is to the company, not to the BEE participants, and the creditworthiness of the company is unaffected by its shareholders.

The difficulty with giving shares away for free is deciding who should be the lucky ones to get them. Well, that’s the second obvious mess we’ve got ourselves into. The people who got the lion’s share of the free shares that had to be given away were those most connected, not those most impoverished.

Who can blame the company? If you have to give shares away, you may as well get the biggest bang for your buck, so give them to those who can bring most influence to bear on the fortunes of your company (or licence you to be in business at all).

If you don’t know who they are, there are plenty of advisers who will help you understand where your bread is buttered or where you’d simply end up toast.

Of course, really rich people had to emerge, I get that. But why so few with so much?

Way beyond flawed structure and selective participation has been the real mistake of BEE so far — we’ve transferred money, not wealth.

For starters, we gave BEE participants access to the smallest number in the income statement, dividends, rather than the biggest number, turnover (revenue). If you want to bring previously disadvantaged people into the economy, give them a shot at turnover. How do you do that? Supply contracts, service contracts, trading opportunities — all of which would have enabled entrepreneurs to build businesses of their own by being able to raise funding against the economics of certain revenue contracts. (Of course, some of this is happening through procurement, but not nearly enough.)

Or why not be as blunt as we are with the free shares — impose a turnover tax to fund new business opportunities exclusively for the previously disadvantaged. As you wander down the income statements you find a lot more juicy places to eat (like payroll and tax lines) long before you get to little Mr Dividend.

One of the reasons I’ve never understood the economics of nationalisation is that tax always exceeds dividends (by definition), so why would the government want to swap one for the other?

Last week President Jacob Zuma opened the Broad Based Black Economic Empowerment Summit in Midrand. In his opening address he applauded the achievements of BBBEE to date.

The intentions are impressive, the facts less so. He mentioned R600bn of BEE transactions to date. That’s a small fraction of the roughly R40-trillion gross domestic product over the same time. The mere R450m that has gone into black SMMEs (small, medium-sized and microenterprises) over the past two years is welcome, but still not enough.

He spoke of the impressive growth of the black middle class — not really, only an increase of about 2.5-million over the past eight years. Total employment has increased by 3.5-million since 1994, but that’s only a quarter of the population growth over the same period.

Despite our very best intentions, BEE has failed.

One of the realities of true transformation is that you can’t go on BEE-ing forever. No matter how important it was to jump-start the transfer of wealth, it is equally important that BEE doesn’t morph into a social grant to be spent instead of the hupstoot it was intended to be for real business development.

Analogies can be drawn to my favourite waste of time, quantitative easing, which seems to go on forever and only benefits the very few who don’t need it. Sound familiar?

Suggestions for the next 20 years

WE NEED black economic empowerment, but we have to redirect our efforts. Business, no matter how white it may still be perceived to be or actually is, is not the enemy, it’s the source. What could we do differently in the next 20 years?

• Focus attention higher up the income statement. The revenue line presents about 20 times the opportunity for wealth-sharing that the dividend line does — fewer shares, and more revenue contracts, equals more jobs.

• Change the roles that pension funds and all collective saving have to play. I don’t mean prescribed assets. Broaden the mandate of pension funds beyond listed shares and gilts to investment in the real economy. Let’s start with 10% of funds having to go into start-up and carry-on small businesses that are not getting funding from the banks.

• SMMEs, SMMEs, SMMEs — we can’t say it enough and we can’t put aside too much capital from whatever sources to fire this up, the growth engine of any economy.

• Increase the tax base. Abolish progressive personal tax (it penalises outperformance and encourages avoidance at the margin) and replace it with a more pay-as-you-go tax like VAT, which is easily calculated and collected and can balance the budget every year. You zero-rate what has to be zero-rated, and it’s simple.

• Spend our taxes! Don’t leave money in virtuous but never-implemented programmes such as the National Development Plan. A specified portion of revenues should be compulsorily reinvested outside of government, alongside private enterprise. You’ll get it all back from taxes on the profits of the businesses you help found.

• Centralise decision-making on BEE and fill it with tons of expertise from across the demographics of South Africa. Make government the smartest place to work — not the default option, but the first choice.

• Stop discrimination against children. Any South African born after 1994 (or even 10 years before that) had nothing to do with apartheid. Treat them as equals.

It is common cause that we have to spread it around to keep any of it. This is not a South African phenomenon, it’s a numbers game.

You can’t sleep in Sandton (even if you moved there after you became empowered) until they can eat in Soweto. Let’s get going with real BBBEE.

We are at risk.