The tide is turning against the banks - Part 1

Category Banking
South Africa's courts have traditionally weighed in on the side of the banks when it comes to home repossession, even though the loans have been securitised and are now under new ownership. When asked to produce the original mortgage documents signed by the borrower, the banks often claim they have been "lost in a fire." But the tide is turning against the banks, says consumer lawyer, Robyn Zimmerman. In this two-part interview, she explains how the courts have applied different standards of evidence when it comes to banks, while consumers get the short end of the stick. The good news is that courts are gaining a better understanding of consumer law, all of which is leading up to a titanic class action suit against the banks. Pull up a chair and grab the soda, folks, this is getting interesting. 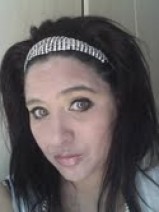 Robyn Zimmerman is a Cape Town-based consumer lawyer who recently came to national prominence after appearing on two SABC documentaries on "Securitisation" (the process whereby bank loans are bundled together and on-sold to third parties, and then traded on the stock exchange for profit). She represents several clients whose homes and properties have been repossessed by the banks in highly controversial circumstances.  One of her clients is Zulfa Samsodien, who successfully defended her property from bank repossession in a Cape High Court case against First National Bank (FNB) in 2008, on the grounds that FNB had securitised the home loan and had therefore had no legal standing to bring action in this case. The Samsodiens were subsequently sequestrated - again under highly controversial circumstances - and Robyn is advising in an appeal against the sequestration order. The legal ramifications of securitisation and other questionable bank practices hold huge import for all South Africans. We asked Robyn to share some of her insights in this two-part interview.

Acts: Robyn, thanks for talking to us. Please tell us a bit about yourself and how you got into consumer law.

My background is in litigation and conveyancing, previously for the banks, as a director at two medium-sized legal practices. I subsequently left the "dark side" and established a practice which fights for the financial well being of any family unit, with my partner and husband.  We are both certified to practice in both the lower and higher courts. We litigate extensively and our areas of expertise naturally became focussed and specialised in consumer law and consumer credit law as a result of our extensive litigation against the banks encompassing over 1,800 cases in the last four years.

Acts: The SABC documentaries on the subject of "securitisation" have elevated the national debate on this issue to unprecedented levels. There seems to be a growing awareness around the world on the subject of securitisation, with banks being forced by courts in the US to pay out huge sums of money to borrowers whose homes had been fraudulently or illegally repossessed. Can you explain briefly what securitisation is, and how does it affect a home owner?

There are two types of securitisation: It is, however extremely difficult for us to determine and prove synthetic securitisation. We recommend that the Consumer Commission investigate both issues and deliver an outcome therein.

Since the above trade is concealed and hidden from the consumer for what we assume is the financial gain of the banks, and since it is my belief that consumers are harmed by this conduct, the Commission has jurisdiction to investigate and decide upon this issues.

The problem that exists with the Commission, aside from suffering under huge administrative issues, is that where the bank employs attorneys and counsel (that are) educated, experienced and equipped to deal with these matters, the consumers are not allowed legal representation, nor is any representative or attorney allowed to receive remuneration for the endeavours with the Commission.  The scales of justice are against the consumer the moment they file a complaint. I find the Commission’s conduct in their adjudication unconstitutional and lacking in just administrative action.

Acts: Can we pick up on the subject of fires. Several banks have sought and obtained judgment against defaulting home owners, yet when asked to produce evidence of the original mortgage note signed by the borrower, they have claimed they were destroyed in a fire, or otherwise lost.  What advice do you have for someone facing repossession by one of the banks, when the bank is unable to show the original mortgage note?

In theory, I love the laws of our country, its jurisprudence and the systems we employ to render justice. My problem with the judiciary - although I see a trend in judgments that this is slowly changing - is their passion to assert the rule of law when it comes to the banks, and their dispassion to assert it when it comes to consumers. I have often sat in the High Court to hear a judge bark at an unrepresented consumer: “Do you owe the money?”, with the advocate for the bank confirming and asserting its debt. At the same time the consumers do not know what defences are available to them and surely do not know the information to which they are entitled.  With banks’ counsel and attorneys convincing the courts that the only issue is whether the consumer owes the money, we have very bad consumer common law currently in existence. There is little or no account for the rule of law in our country.

I have not seen one original document in my time litigating against the banks.  But should the consumer file a copy of their opposing affidavits or pleas at court, they would need to explain why the original is not before the court. This is correct and so should it be required for the bank to adequately explain the loss of the original. Truthfully, transparently and openly.  The problem with the fire is that all the evidence related thereto is once again concealed by the bank.  Security documents are generally barcoded so they can be tracked. Upon conducting inventory of the lost facilities (due to fire) in 2009 and now again 2013, the banks were obliged to contact their registering attorneys, to supply them with a full copy of their security documents containing the signatures. To my knowledge the bank has not done so. Security documents are also stored in fire-proof cabinets, therefore an explanation of how they then become destroyed must also be tendered.

However at the end of the day, should the judge feel that the defences that you raise, or that your disputes are without merit, they will decide – departing from the rule of law – against you. Where I would agree to such a departure upon exception, the higher courts have employed this departure to such an extent that there is little or no rule of law in consumer credit litigation. This opens the entire system open to abuse, by credit providers who constantly push parameters to make litigation easier for themselves.

On this issue we have been deeply disappointed by the judicial system.

Unfortunately, it is extremely unlikely that you will be heard if you do not have an experienced attorney to guide you.  Sometimes consumers need to accept when they do not have a case.  Sometimes they need to be encouraged to persevere where they do.  Some consumers are equipped enough to make the correct decision.  Most are not.

Litigation in the high court can be accessible, if your attorneys are experienced and certified to deal with the matter without the need for counsel.  It is the additional expense of counsel that consumers can often not afford. So I would ask consumers to request from the law societies a list of the attorneys so equipped to deal with matters to ensure that legal costs are kept to a minimum.

Acts: If the bank is unable to produce the original "wet ink" mortgage note signed by the borrower when the mortgage loan was taken out, does this constitute grounds to ask the court to throw out the case?

The Bank would then need to authenticate the documents it seeks to use in its case. Where there is a good faith and/or factual dispute, the matter will continue to trial for evidence related thereto.

Acts: It seems judges are all too willing to believe the banks when they say the original documents have gone missing. You have made the point that a bank cannot calculate the final balance owed by the defaulting borrower without this original mortgage note. Why is this? Surely an electronic copy will do?

The agreement entered into between the parties is of importance. The mortgage bond merely embodies the security for the indebtedness derived from the loan agreement. The original of both is required in terms of the rule of law. Copies of both may be accepted, dependent upon whether there is a dispute of fact pertaining to the contents of the copy or the signatures, the matter may be referred for oral evidence or trial.

To be continued in Part 2.

Lodge a complaint with the Consumer Commission

You can lodge a complaint with the Consumer Commission at:  complaints@thencc.org.za or NNetshitomboni@thencc.co.za.

Related stories:
Is this the biggest fraud in history?
Judgment opens up a world of trouble for the banks
New Economic Rights Alliance brings heat to the banks