South Africa recently annulled bi-lateral trade agreements with several European countries, causing disquiet among our trading partners. The new Promotion and Protection of Investment Bill, which is yet to come before the public for comment, is supposed to create a level trading field. But in the hands of the communists at our Trade ministry, anything is possible, writes Ivo Vegter at The Daily Maverick. 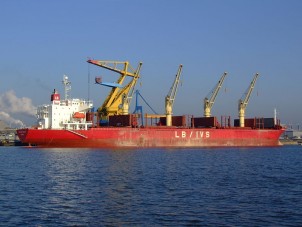 Not two weeks ago, Trade and Investment South Africa (TISA), a division of the Department of Trade and Industry (DTI), signed a memorandum of understanding with counterparts from Poland, who were accompanying their long-serving prime minister, Donald Tusk on a state visit to these fair shores.

If the Poles had asked the Netherlands, Belgium or Spain, they might have known that the pomp and ceremony laid on for them disguised what really was just a once-off export order of Proudly South African toilet paper.

That investors are nervous is not surprising. They have cautiously and diplomatically expressed their concern in a variety of forums. But Pravin Gordhan was not amused. According to Business Day, Gordhan, the former communist party member who is now finance minister, blames "lawyers serving the private sector" for "trying to increase uncertainty in an unfounded way".

Whoever they are, those lawyers may have pointed out that the uniform investment protection law that is supposed to replace all these bilateral agreements has only just been approved for publication. A copy of the Promotion and Protection of Investment Bill can be found on the DTI... oh, no, wait, it can't.

If the Bill is rushed through Parliament, it will hardly make it into law before next year's elections, leaving our former investment partners without any idea how their investments will be protected for at least six months. Blaming the lawyers for such legislative delays seems just what lawyers deserve, but wrong.

Perhaps the aggrieved lawyers said, drily, that reneging on international agreements is bad for business. Perhaps they wondered why the DTI seems less in a hurry to abrogate similar agreement with Cuba, Russia or China, or those with other African countries, where the protection of South African investments abroad are arguably more important than protecting inward investment.

Perhaps they noted that an official assurance that the Bill will comply with all Constitutional requirements is not quite the same as an assurance that investment protections under the new order will be as strong as those under existing bilateral agreements. Especially not when our Constitution, unlike those treaties, explicitly permits a range of state interventions in the ownership and operation of businesses, not the least of which is outright asset expropriation.

Whatever the truth, pointing to a law that is yet to be subjected to public comment and parliamentary debate can hardly be described as "certainty". And that, despite Gordhan's beret being knocked askew, is not the fault of a few private lawyers talking to the press, but of a government that annuls bilateral treaties that come up for renewal before their intended replacement even exists.

That said, does the sort of uniform law proposed by Gordhan and Red Rob Davies, his counterpart at the DTI, have any merit? Surprisingly, perhaps, it does.

Let me try to explain. At a recent talk of mine on free trade, someone asked whether I think Free Trade Areas, along the lines of the Coega Industrial Development Zone (IDZ) and the newly-announced IDZ at Saldanha Bay, were a good idea.

My answer was that I think them such a good idea that I fail to see why the entire country is not a Free Trade Area. After all, if low taxes and less red tape work in fairly remote, economically depressed areas to encourage investment, production and employment, why wouldn't they work everywhere? More importantly, why should some companies get preferential treatment over others, on the arbitrary grounds of geographic location, when our Constitution says we are all equal before the law?

My talk had concluded on a related note, arguing that developing countries should unilaterally drop trade barriers (as I argued here), without waiting on other countries to do the same.

One reason was simply that our tariffs and subsidies are worthless as negotiating chips at the World Trade Organisation, where the Doha round aimed at including developing countries in multilateral trade agreements has been stalled since 2006. Another is that much of the benefit of universal free trade can be had from unilateral action. This includes trade among developing countries themselves, which is a growing share of global trade. It makes no sense to let the great - universal free trade - be the enemy of the good - unilateral free trade.

But ultimately, my reason for advocating unilateral abolition of trade tariffs, tax breaks and subsidies, is the more philosophical notion that preferential treatment by the government is iniquitous. It tilts the playing field for competition, sets the government up as a central planner with a responsibility to pick winners (and support losers), and leaves the door wide open for crony-capitalism and corruption. It costs ordinary citizens money, whether or not the other side is doing it too.

On grounds of equal treatment before the law my views may, strangely, coincide with those of Red Rob and the communist coterie that claims to control our commerce.

However, the notion of trading with everyone on an equal footing, treating all investors alike, whether they are foreign or domestic, and subjecting all to the same legal jurisdiction, is a just policy. The Promotion and Protection of Investment Bill creates a "model" trade agreement, for example, and reduces the opportunity for arbitrary regulatory decisions by authorities in individual cases. (Remember Walmart's deplorable treatment by, ahem, ministers Rob Davies, Ebrahim Patel and Tina Joemat-Pettersson?)

The Bill also proposes to subject foreign investors more consistently to South African legislation, such as environmental regulations and black economic empowerment laws. That may not encourage investment, but it certainly is fair to domestic competitors.

So a uniform investment protection policy seems worth supporting. But will it achieve its objectives?

Certainty is, of course, paramount. An investor needs to know, in advance, whether their capital will be secure for the duration of an investment. They need to know whether the profits can be repatriated upon maturity or not. Certainty can be created, but the highly uncertain interim period until the new Bill is signed into law is to be deplored.

So is the possibility of special exemptions for special friends, like Zimbabwe, Iran, Cuba and China. The new Bill does contemplate the possibility that some countries will continue to enjoy the privilege of bilateral agreements, despite the new law that governs our relationship with Europe.

If certainty is within reach, actually promoting foreign investment may prove a bridge to far, however.

The experience of the minerals sector, which has been systematically undermined (sorry) by labour unrest and uncertainty over mining rights, has taken its toll on investor confidence. Tough socialist rhetoric about land reform and nationalisation isn't helping. If the legal framework cooked up by our economic politburo gives the South African government more, rather than less, power over foreign investments, that may leave foreign investors feeling too vulnerable to expropriation without the explicit protection that their torn-up bilateral treaties offered. Investment will no doubt be made under the new order, but probably less than otherwise would have happened.

Foreign investors will look very closely at how South Africa handles major investment projects such as the proposed issuing of shale gas licences. In that industry, minerals resources minister Susan Shabangu has already declared the state's intention to carry a 20% stake for free, with an option to buy another 30%.

Expect investors to anticipate the kind of farce that was Walmart's investment in South Africa, and prefer countries whose doors really are open for foreign investment.

Think they won't notice the hypocrisy of happy diplomatic snaps of South African government officials signing agreements with China, France and Poland with one hand, while annulling agreements with Germany, Belgium, Holland and Spain with the other?

Investors will not calibrate their future behaviour against the letter of our international agreements, when they are written on soft and absorbent paper. They will act on the basis of the observed behaviour of those in government who claim power over private investments. On that score, sadly, Red Rob Davies and the politburo in charge of our economy do not instil much confidence.