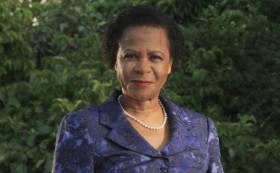 Black economic empowerment (BEE) has not worked in transforming the economy in a fundamental way and should be abandoned, says Agang SA leader Dr Mamphela Ramphele in an article published in Business Day.

Rather than the state intervening to force business to change — which benefited only a small minority — real transformation would come from a transformed education system and investing more in skills training, Dr Ramphele said.

In an address at a business breakfast function of think-tank Accelerate Cape Town, Dr Ramphele also recommended the abolition of the inefficient and wasteful Sector Education and Training Authorities (Setas) and the use of the R5-R6 billion they collected each year from companies for skills and entrepreneurial development.

BEE had failed, Dr Ramphele said, to create a more inclusive and equal society. The key to achieving this would be to ensure that the 4-million unemployed young people were incorporated into the economy and by improving the quality of education.

"Education is the sure and tested way out of poverty and that has been the biggest failure of this government," Dr Ramphele said.

Elements of Agang’s economic programme — which would be unveiled at the end of the month — would be to create a thriving, competitive economy. Agriculture and mining had to be reformed and modernised, and competition law had to be strengthened to remove barriers of entry into the economy and increase competition in key sectors such as iron and steel, paper, chemicals, telecommunications and energy.

The Competition Commission did not have sufficient bite and had to be given more teeth to act against cartels, Dr Ramphele said.

She believed South Africa was at the crossroads and, if it did not change course, would face a very serious crisis. Corruption was rife and 20 years of poor economic leadership had led to appalling growth rates and job creation.

"South Africa needs an urgent change in government. We have a government that fails on all key indicators — the economy, education, health, and general safety and security.

"The erosion of trust between business, government and civil society has created an almost complete disconnect in the economy. Something needs to be fixed very urgently if we are to prosper," she said.

"For millions of South Africans we have not come far enough, fast enough. Rampant corruption and the conflation of the ruling party, government and the state has left a lot of citizens completely confused. People have not seen the fruits of freedom."

She noted that people were reluctant to vote the African National Congress (ANC) out of office for fear that they would lose their pensions and social grants.

Dr Ramphele urged South Africans to "wake up" and prevent the Zanufication of the ruling party. "The foundations of our constitutional democracy are being systematically attacked — the judicial system, the freedom of the press, the accountability of government, human rights and freedom of citizens are being totally undermined."

Public servants found guilty of corruption would be banned from any future employment by the state forever.