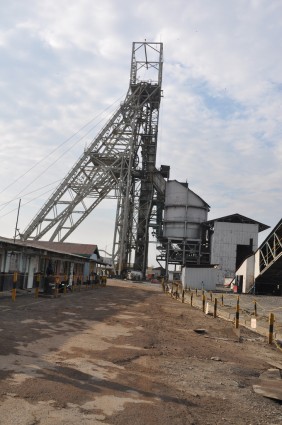 Anthea Jeffery, head of special research at the SA Institute for Race Relations, argues that the Mineral and Petroleum Resources Development Amendment Bill will impose a raft of unrealistic expectations on an already embattled mining industry in South Africa.

The Mineral and Petroleum Resources Development Amendment Bill, which is before Parliament, seeks to impose a raft of unrealistic requirements on a mining industry already facing a maelstrom of adverse conditions.

Problems confronting the sector range from erratic electricity supply and faltering commodity prices to warring unions, unrealistic wage demands and soaring input costs. In these circumstances, the government should be doing all it can to promote regulatory certainty, as it in fact promised to do in the Framework for a Sustainable Mining Industry that it signed in July.

Instead, in this pre-election year, the Department of Mineral Resources is intent on pushing through Parliament a number of populist and damaging amendments to the already damaging provisions of the Mineral and Petroleum Resources Development Act. The bill jettisons the act’s requirement that beneficiation must take place "economically". Instead, it obliges the minister of mineral resources to "initiate or promote" local beneficiation irrespective of whether it can be done cost-effectively.

It also gives the minister unfettered discretion to decide the percentages of minerals required for beneficiation, along with the "developmental pricing conditions" to be applied "in the national interest".

But Eskom cannot supply the electricity needed for smelting and similar processes. Nor does South Africa have the engineering and other skills required for making many end products. Its labour costs are also much higher than those in competitor countries such as China and India. Such factors render the bill’s insistence on domestic beneficiation unrealistic and harmful.

The bill also empowers the minister to impose export controls on any minerals she "designates" as needed for beneficiation. However, export controls could undermine the profitability of mining operations, leading to mine closures and job losses.

The bill also introduces a new category of "strategic minerals", defining these as "such minerals as the minister may declare to be strategic … from time to time in the (Government) Gazette". This "definition" has little content but gives the minister vast powers. Minerals identified as "strategic" are likely to be made subject to export and price controls. Already, this prospect is choking off investment in the new coal mines needed to supply South Africa’s power stations, for mining companies will not commit the huge sums required to establish such mines when the minister will decide the price at which their product may be sold.

The bill also creates a number of extraordinary new offences and penalties. Under the initial terms of the act, maximum penalties for mining without a mining right or an approved environmental management programme were a fine of R100,000, two years in jail, or both. Under the bill, mining companies face maximum fines of 10% of annual turnover, plus the value of the previous year’s exports, or prison terms for directors of up to four years, or both, for such vague "offences" as failing to "promote economic growth … (and the) development of downstream beneficiation industries". It is astonishing that such penalties can even be considered when government policy for the past 19 years has severely hampered economic growth — and when all the factors outlined above have made it virtually impossible for South Africa to compete in minerals beneficiation with low-wage countries such as China.

The same penalties will also apply to mining companies that export designated minerals without the minister’s permission; infringe the "developmental pricing conditions" (the price controls) imposed by the minister on the minerals she wants locally beneficiated; fail to implement their social and labour plans; or fail to comply with the requirements of the revised Mining Charter. Mining companies that fail, for instance, to implement their social and labour plans thus face a triple whammy: a fine of 10% of annual turnover, plus 10% of the value of the previous year’s exports; imprisonment for up to four years for their directors; and the cancellation of their mining rights.

Yet approved social and labour plans may be difficult to implement, as the experience of Central Rand Gold (CRG) shows. In September 2011, the minister announced the cancellation of CRG’s mining right because the company had allegedly failed to spend a promised R33m on the projects listed in its social and labour plan. But, according to press reports, CRG had in fact spent R19m on such projects, plus another R35m on pumps to keep rising acid water at bay — expenditure that would help other mines as well and should have counted too. In addition, rising acid water had more than halved CRG’s recoverable gold reserves, fundamentally altering its financial position.

Though the minister later recanted, her ability to punish mining companies for events beyond their control was made clear.

Now the bill seeks to increase the penalties that may be applied to mining companies in circumstances such as these.

When a draft mining bill in much the same terms was published in December last year, about 80 submissions warning against it were sent to the department. Yet few changes have been made to the bill, while many damaging provisions in last year’s draft have been retained. In February Cynthia Carroll, the departing CE of Anglo American, warned against last year’s draft in words that remain equally applicable to the present bill.

Said Carroll: "There are glaring shortcomings in the bill that could hamper South Africa’s ability to attract and retain investment in mining…. Like any other nation, South Africa will succeed only if it fosters an environment that is … attractive to international investors….

"Mining is an industry with long-term horizons. When making investments, mining companies have to think decades ahead. They need certainty as to the rules under which they will operate.

In overlooking this salient warning, the department is trying to defy economic reality. Parliament, however, need not follow the department’s lead. The legislature’s mandate is to represent all South Africans, including the millions of poor people who rely on it to hold the executive to account and adopt the laws best suited to the country’s needs.

In the memorable words some years ago of a social movement representing the unemployed: "What the poor need most are jobs. They cannot eat pieces of legislation."

This bill is particularly damaging because it will choke off investment and hobble the country’s great mining potential.

Parliament has the power to reject the bill and send it back to the department for a complete redraft. It is time it used its power to do precisely that.