Move to impeach the Chief Justice

Category Justice
It has been widely reported in the media that a complaint has been laid with the Judicial Service Commission (JSC) of gross misconduct in relation to the Chief Justice Mogoeng Mogoeng. This constitutes a bold and unprecedented bid to impeach the person who occupies the highest judicial office in the land. 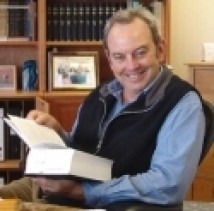 It has been instigated by Mr Paul Hoffman SC, director of Institute of Accountability in Southern Africa (Ifaisa). The facts on which the complaint is based relate essentially to an address made by the Chief Justice on 6 July at a formal dinner of the Advocates for Transformation. The allegations made in the complaint include that of contempt of court as well as attempting to defeat the ends of justice which it is alleged constitutes gross misconduct justifying impeachment.

Furthermore, Hoffman alleged that in his address the Chief Justice had launched 'a racist and sexist attack on white male lawyers' and in so doing he had publically commented on issues that required to be adjudicated on by the courts, which was tantamount to interference in the operation of the judiciary. In his address the Chief Justice, without mentioning names, uses very emotional and powerful language in relation to those persons who are challenging the modus operandi of the Judicial Service Commission (JSC) in relation to the way it recommends candidates for appointment to the Bench. He is obviously referring to, inter alia, the Helen Suzman Foundation, which has initiated litigation in the courts in this regard.

In his address the Chief Justice declared: "We must use all available avenues to expose this retrogressive campaign and the danger it poses to nation-building. But be warned, that engagement is not for the faint-hearted. Be ready to be trashed by a well co-ordinated network of entities often pretending to be working in isolation."

In making this statement, the Chief Justice has, it is alleged, with unrestrained and categorical language, declared his allegiance with and support for the Judicial Service Commission (JSC), against its detractors, who are in the process of challenging the manner in which this Commission recommends appointments to the Bench. In so doing it is alleged that the Chief Justice has violated the independence and impartiality of the judiciary, of which he should be a manifest custodian.

The independence of the judiciary, which is fundamental for a liberal democracy, like the one South Africa operates under, is secured by vesting in judges security of tenure during good behaviour. Judges who fail to comply with the norms set out in the Constitution are liable to be impeached.

Impeachment is a procedure in terms of which a public official is tried before an appropriate tribunal for misconduct or unsuitability to hold high office.

Impeachment has its genesis in English constitutional history and parliamentary practice, which provided the mechanism for removing a judge on the grounds of misbehaviour or incapacity. A judge could be impeached upon the address of both Houses of Parliament, sitting at Westminster. The process was designed also to protect the judiciary from arbitrary actions of the Crown, as had become notorious under the autocratic Stuart monarchy.

Since the power of removal from office, vested in Parliament, according to the Act of Settlement of 1701, judges could not arbitrarily be dismissed by the Crown and Parliament exercised control over deviant judges. The first judge to be impeached before Parliament was Mr Justice Fox of the Court of Common Pleas in Ireland. This impeachment was followed by a handful of other impeachments. Although no English judge was actually removed from office in the last century, the House of Commons debated the impeachment of Judge Granthan in 1906, but ultimately the motion was withdrawn.

In the turbulent constitutional and parliamentary history of South Africa only one judge can be considered to have been impeached, if the term can be liberally construed to include a delegated power to dismiss. This was Sir John Kotze, Chief Justice of the Zuid-Afrikaanse Republiek, who was dismissed by President Paul Kruger after a serious altercation involving the exercise of the contentious testing right of the courts in relation to legislation adopted by the Volksraad.

Section 177 of the South African Constitution makes provision for the impeachment of members of the judiciary. The Constitution does not use the term 'impeachment', but rather the word 'removal'.

Section 177 stipulates that a judge may only be removed from office if: The President is obliged to remove the judge upon adoption of such a resolution calling for such removal. On the advice of the Judicial Service Commission, the President may suspend a judge who is the subject of a procedure in terms of section 177(3).

From the above it is clear that impeachment in South Africa involves two stages. The first involves a finding of the JSC as set out in (a) above, involving, inter alia to start with, a disciplinary committee of five judges. Secondly in (b), a resolution must be taken by the National Assembly for the removal of the judge supported by two thirds of its members.

Advocate Dumisa Ntsebeza SC, a spokesperson for the JSC, explained (Legal Brief, 8 August) that the disciplinary tribunal of a panel of five judges would consider three options in relation to the complaint: South Africa is a youthful and exciting democracy. The morally courageous bid by Hoffman to impeach the Chief Justice is an indication that our fledgling democracy is working well in practice, whatever the outcome may be. The jurisprudential discourse in our country and the desire to bring about transformation in the judiciary makes South Africa probably the most interesting country in the world in relation to constitutional law and the cognate body politic.

George Devenish is a Senior Research Associate and a former Professor of Public Law at the University of KwaZulu-Natal (Durban) and one of the scholars who assisted in drafting the Interim Constitution in 1993.