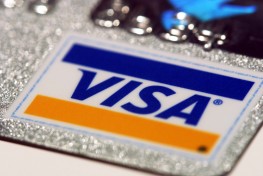 THE Cabinet on Thursday swept aside industry objections to the removal of adverse credit information, approving what is seen by some as a vote-catching measure which banks warn will heighten their risks and increase the cost of credit, according to Business Day.

In terms of the Cabinet decision, the adverse credit information of consumers who have paid all their debts will be wiped clean both as a once-off event and on a continuing basis.

The aim is to eliminate the blacklisting of about 1.6-million consumers — many of them public servants — who have paid their debts but are still prevented by listings by credit bureau s from gaining access to credit, accommodation and even jobs.

The scheme would secure the re-entry of these consumers into the credit market and hopefully boost consumer demand.

While the government justifies the plan on the basis of "restorative justice" and its beneficial effect on economic activity, it could have a positive spin-off for the ruling party in next year’s general election — which some suspect is its real motivation.

The Cabinet decision flies in the face of opposition by the banking industry, which has warned that the lack of information on the credit history of prospective clients will heighten the risk of credit providers, which will have to raise their prices accordingly.

The Banking Association of SA is fiercely opposed to the plan and will highlight its objections during the one-month period that will be provided for public comment once the notice of the Cabinet decision is published shortly in the Government Gazette.

Trade and Industry Minister Rob Davies rejected the industry concerns on Thursday, stating that the removal of adverse credit information would simply mean that credit providers would have to conduct proper affordability assessments on all their prospective clients.

They would no longer be able to simply rely on the information provided by credit bureaus as they had done in the past, and would be under a strong injunction to undertake affordability tests.

Mr Davies said that much of the information held by credit bureaus was "outdated and misleading". Also, under the current system it was extremely difficult, costly and time-consuming to get the information removed through court processes. This would be addressed as well.

It noted in its annual report tabled in Parliament yesterday that there were about 9.5-million consumers with impaired credit records as at the end of March (47.5% of all credit-active consumers), an increase of about 500,000 over the previous year.

Department of Trade and Industry deputy director-general Zodwa Ntuli stressed that the Cabinet decision did not relieve consumers of their obligation to pay off their debts.

The Cabinet adopted a more limited version of the proposal of the National Council of Provinces’ select committee on trade and international relations — which had been the driving force behind the proposal for the removal of adverse information. The committee had proposed the removal of all adverse listings, irrespective of value or non-payment, including paid-up judgments. MPs acknowledged that this would result in a small increase in credit providers’ risk and even the closure of smaller ones, as well as a decrease in the supply of credit.

A Cabinet statement noted that "access to a sustainable credit market is essential to all developmental goals".