How the Zimbabwe election was stolen: mass civil disobedience planned 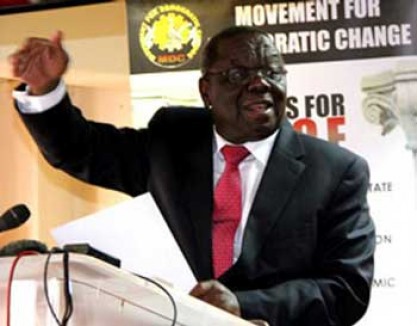 Like so many conflicts in Africa, the political situation in Zimbabwe is very complex and difficult to interpret into the media and common understanding. I once told the Canadian Ambassador that the conflict in Zimbabwe was a bit like watching a medieval battle. The two sides gather on opposite sides of the valley and then on an agreed day they rush towards each other and engage in savage, no holds barred battle. The leaders of both sides, remaining out of harms way on nearby hills and watching the struggle below them. The battlefield is covered in the dust of conflict and the noise rises up in total confusion, then slowly one side gains ascendancy and eventually the vanquished leave the field and everyone picks up the pieces, buries their dead and goes home.

In 2008, after a savage election campaign, Zanu PF came off the battle field, claimed victory and swore in the President who then rushed off to a summit in Egypt to attend a continental gathering of leaders. I think he claimed 84 per cent of the vote. The only problem was that his colleagues did not accept his victory and sent him back with instructions to resume negotiations to try and patch things up. Without their support, he had no choice and the GPA and another five years of senseless political guerilla war was the outcome.

Knowing full well that on a level battlefield and the normal rules of war, that they had little chance of winning another bruising battle with the MDC, the Zanu PF very carefully planned their next fight. They had plenty of time and were prevented engaging the enemy by the region who were insisting on the next battle being conducted according to regionally acceptable rules and standards.

However, eventually the region ran out of time and using their allies in the Judiciary they were able to get the MDC onto the battlefield of their choosing and the battle was joined on the 31st July.

It’s now over and the dust and smoke is clearing and it is clear, the MDC was given a thrashing. There were exceptions, In my own city we took every seat, I got 72% for Morgan Tsvangirai against Mugabe’s 20%. I was elected by two thirds against six opponents who shared the other third of the vote. But this was the exception, in the rest of the country it was a political massacre.

The question is how did they do it? A picture is emerging and it’s not a pretty one. First was the battle field itself. The voters roll had been carefully manipulated by experts. An Israeli company was employed in 2009 to advise the military and the Zanu PF hardliners on what to do to manipulate the roll. The result is astonishing. We went into battle with a roll that had 6,4 million names on it. We have been unable to get a copy of the roll in electronic format (costing about $15 and on one small CD which can be produced in 30 minutes) and therefore have to rely on a copy we obtained some six weeks ago. 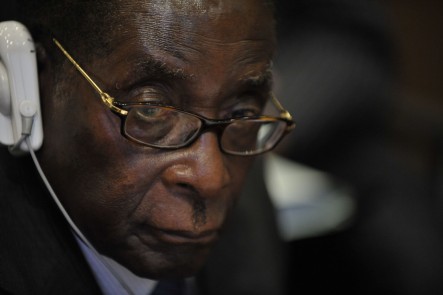 The analysis we have done on this roll shows that it contains at least one million dead voters; goodness knows how many absent voters who now reside in the Diaspora. We know that there are over 350,000 people who are over 85 years old and 109,000 over a hundred years old, one of which – an army officer is 135 years old. We found 838,000 duplicate names – same name, same address, same date of birth, different ID numbers. All the ID’s checked were genuine and had been issued by the Registrar General. We found 500,000 people had been moved out of their resident areas to other electoral districts, 45,000 people had their ID numbers changed without their consent.

Registering voters was a nightmare for the MDC (Movement for Democratic Change) – on the Zanu PF side they simply drew up lists of people and handed them in for registration. They moved hundreds of thousands of people into strategic areas in preparation for the Poll. Some 250,000 families – over a million people, were settled on farms taken away from their owners in the peri urban areas. They then opened offices there and “sold” small plots of land to homeless people in the crowded towns. These people were told that they were there by courtesy of Zanu PF and that on the day of the battle they were expected to vote Zanu PF. To reinforce this, their registration details were changed to a selected electoral District and they were told where to vote and that the Party would thereby be able to tell how they voted. Eviction was the threat.

Storm troopers were carefully brought onto the battle field – thousands were accommodated on a farm outside Chitungwiza owned by a Zanu PF company, called Koala Park. They were then registered on target voters rolls in specific Districts. The ranks of the security forces – already over 120 000 people, were swelled to perhaps 200 000 with militia – young adults who were given some form of uniform and paid from Party resources if they could not be smuggled onto the State pay roll. They voted (perhaps, more than once) under instruction.

In the Commercial farming Districts they simply told the 500,000 or so “settlers” that any sign of a vote for the MDC would immediately invite retribution and eviction. The structures of the MDC were smashed and their leadership beaten or killed. In the Tribal areas they told all Chiefs (who were also promised rich rewards) that no voting for the MDC would be tolerated. Headmen – the backbone of rural Africa, were instructed to marshal their people, record names and ID numbers and then arrange for them to vote at a specified polling station. They were told what would happen to them and their families, homes and livestock, if they voted MDC. With three quarters of all seats in the House of assembly in these areas, this alone guaranteed them victory on the day.

Then just to make sure that the battlefield was to their liking, they sold stocks of diamonds (I hear for over $1 billion), used the money to buy lots of things to bribe the locals (just like Livingstone carrying beads and cloth for the “savages” they might encounter), they funded a lavish campaign. They maintained tight control of all media, the security forces and Police, tight control of the Registrar Generals Office, the Electoral Commission and its minions as well as all polling stations.

And so they repeat what they did more crudely in 2008. They pulled off another totally rigged election.

But it is not business as usual. The MDC has not and will not accept the outcome. Yesterday, confronted with the news coming in from the field, (MDC leader) Morgan Tsvangirai said that we would not accept the results. We will not allow the outcome to stand and that he had already informed regional and African Union leaders of this. We could plunge the country into chaos – like Egypt, but that would just play into the hands of the army and the hardliners who would lock us all up and declare an emergency and run the country through a military junta (just like Egypt). That we will not allow to happen.

But what regional leaders need to know is that they allowed the Zanu PF to mount what we have called an electoral ambush and just as Mbeki had to step back into the ring in 2008, they must again take responsibility for this mess and sort out a solution. There are several – but they all involve allowing the people of Zimbabwe to make their own choices, without coercion or threats or inducement as to who they want to lead them back to the path of stability and progress.

If they do not, Zimbabwe will again slide back into anarchy and collapse and the collateral damage to the region will be massive. They simply cannot be allowed to permit that to happen. They have a couple of days to make up their minds and move.

The MDC National Council met today and debated extensively on the election held on 31 July 2013.

1. The MDC totally rejects the 31 July elections on the basis of the process the absence of reforms

2. From the evidence available, discounting all omissions and commissions the MDC won that election

3. The MDC thanks and acknowledges the AU and SADC missions in this regard at their request will submit a dossier of all the irregularities and illegalities

5. The MDC calls for a forensic audit of the electoral process in particular the voters roll, the ballot papers and where they were printed, the special vote, voter displacement, voter registration certificates

6. Further, the MDC national council resolved that the SADC Organ Troika must investigate the role of the security sector and the militarisation of the election

7. The MDC national council noted with great concern the frog-marching and captivity and oppression of the rural population through the abuse of traditional leaders and the high incidents of assisted voters

8. Given the illegality of this election, the MDC national council resolved that it will not legitimise institutions created by an illegal election and therefore will not engage in institutions of government

9. The MDC is determined to pursue peaceful, legal, political,  constitutional and diplomatic remedies  to resolve the current crisis

10. The MDC national council resolved that once all remedies have been exhausted, the people of Zimbabwe should be allowed a fresh opportunity to freely and fairly elect a government of their choice. In this regard, a credible, free, fair and legitimate election must be held as soon as possible