All you need to know about black economic empowerment 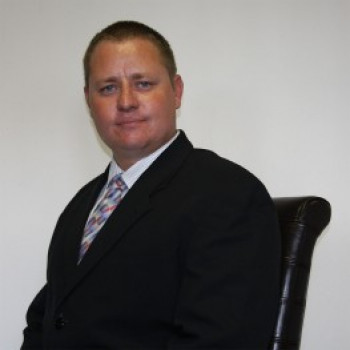 As business owners struggle with the day-to-day economic realities they also face the challenge of staying abreast with the legislative environment. Just as you think you have played the dealt hand as well as you could, the deck is changed, the dealer is rotated and you are in a new game altogether. Such is the case with the new B-BBEE (Broad-Based Black Economic Empowerment) codes.

From BEE to B-BBEE

Government has embarked on a comprehensive programme to provide a legislative framework for the transformation of South Africa's economy. In 2003, the Broad-Based Black Economic Empowerment (B-BBEE) Strategy was published as a precursor to the B-BBEE Act, No. 53 of 2003. The fundamental objective of the Act is to advance economic transformation and enhance the economic participation of black people in the South African economy. The application of the Act found new momentum from December 2011 as government now acknowledges the B-BBEE status of a supplier whereas black ownership was previously the main criteria.

Due to the slow economic transformation of the economy and the exclusion of the vast majority of South Africans from owning productive assets and possessing advanced skills; the B-BBEE was legislated in 2003. The measuring criteria in terms of the codes of good practice acknowledge seven criteria which are considered to be the pillars of B-BBEE. The Codes of Good Practice also allow small and medium businesses to promote and get B-BBEE acknowledgement through codes specifically aimed at “Qualifying Small Enterprises”.

The Preferential Procurement Policy Framework Act (PPPFA) and subsequent regulations were legislated in Implemented in 2000. This Act enforced procurement scoring for tenders using a preference point system taking into account what are known as government specific goals. The Preferential Procurement Policies of government have only recently been aligned with the goals of Broad-Based Black Economic Empowerment.

The new Procurement Regulations in terms of the Preferential Procurement Policy Framework Act are to be applied and became effective by government in the awarding of all government bids and tenders from 7 December 2011.

At the end of the 2012, the Department of Trade and Industry (DTI) issued the revised B-BBEE Codes of Good Conduct for public comment. These revised codes are expected to be issued before end 2013 and will further promote the goals of B-BBEE. There are some major changes coming of which I will try to cover some in this article.

A balanced approach to B-BBEE

The seven pillars of B-BBEE focus on the key factors which would promote transformation in the South African economy. After 1993 ownership was the main focus of BEE. This, however, led to fronting taking place, rather than actual transformation.

The seven pillars currently measured are:
Each of these criteria have detailed targets which need to meet and on which companies will be assessed and rated. Once the revised codes are gazetted, the seven pillars will become five through the merger of Management Control and Employment Equity and Preferential Procurement with Enterprise Development.

In line with the government’s focus on job creation and small business development goals, businesses with annual turnovers of less than R5 million are exempt from B-BBEE and are automatically deemed to be “Level 4” contributors. Black-owned small businesses (entities that are more than 50% black-owned) are classified as “Level 3” contributors. Emerging small enterprises (EME’s) may elect to be rated as Qualifying Small Enterprises (QSE’s).

Qualifying Small Enterprises (QSE)
Businesses with an annual turnover of between R5 million and R35 million can select 4 out of the 7 pillars of BEE when calculating their BEE Scorecard and each pillar counts for 25 points. If the revised draft codes are applied the threshold will be R50 million and there will be no choice of pillar selection.
The proposed changes to the codes will have the biggest impact on QSE’s. A white-owned company can currently attain a “Level 3” status with some game planning, but as the choice of pillars and the number of options fall away there will be a heavy penalty on white-only ownership. I expect some businesses to drop three levels if they maintain their current evaluation status.

Businesses with an annual turnover exceeding R35 million are evaluated on all 7 pillars of the B-BBEE Scorecard. With the application of the new codes there will be a one level penalty for not complying with the key focus areas of ownership, skills development and supplier development.

The Black Economic Empowerment (BEE) Codes of Good Practice introduced a number of Transformation Sector Charters (also referred to as Sector Charters). These Charters identify goals within certain economic sectors to promote sustainable B-BBEE within certain economic sectors. Companies operating within the sectors must be evaluated in terms of these Gazetted Charters.

Entities need to carefully assess what is required from them as charters often set out stricter criteria than the generic codes.

How does all this affect your business?

The B-BBEE legislation and accompanying regulations provides a complicated framework whereby businesses must position themselves in terms of achieving the goals of Broad-Based Black Economic Empowerment and receiving full recognition for their contributions towards the goals in this regard. B-BBEE is not for coffee table discussions and should be a standing agenda item for board and management meetings. Strategic planning is required to enable your business to maximise its B-BBEE rating in terms of the legislation and charters that are applicable to your business.

Don’t get negative. Don’t get lost in the details. Let registered professionals guide you through this process. Get your team together. Prepare yourself for the changes…Remember, knowledge is power.

* Jako Liebenberg is the CEO of LDSW Incorporated Chartered Accountants and Auditors and is registered as a Public Auditor authorised to conduct B-BBEE verifications. You can email him at jako@ldsw.co.za.