It just got much harder to litigate consumers into bankruptcy 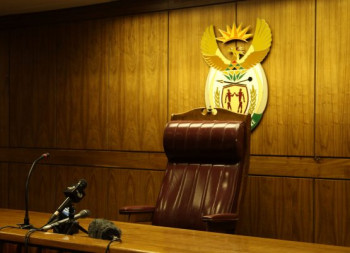 One of the most shocking legal abuses in the country is the practice of suing consumers in the high courts for the recovery of outstanding loans. Customers are being sued by the banks in these courts for arrear amounts as low as R6 000, and high court judges have complained long and loud about the unnecessary traffic this brings them, reports Moneyweb.

It’s not so much the loan arrears that kills you, it’s the legal bill.

The National Credit Act (NCA) requires that disputes over credit agreements are brought before the magistrates’ courts, where the allowable legal costs are a fraction of that in the high courts. The drafters of the NCA did this to make justice accessible to all, and affordable.

But that’s not happening in practice. Banks and their lawyers are hauling cases that properly belong in the magistrates’ courts to the high court where they can lump obscene legal costs onto the consumers’ accounts.

High courts are where money is to be made

There’s simply no money for lawyers in fighting cases in the magistrates’ courts, so they use every trick in the book to make sure their cases land up in the high court. Most times they seem to get away with it, and some judges seem curiously more prone to playing along with this than others.

Moneyweb is in possession of information on one case, where a consumer has been lumped by the bank with a R180 000 legal bill, all over the recovery of arrears of about R20 000 (and even that is in dispute). The legal bill is nine times the arrears claimed, but that’s a story for another day. Had this case been brought before the magistrates’ court instead of the high court, the legal bill would have been less than R15 000.

Consumer activists have argued for years that the practice of suing in the high court violates constitutional rights of access to justice, and the intention is to bankrupt consumers through litigation.

That will now become a whole lot harder.

A sharp-eyed court registrar in the Western Cape High Court recently put Standard Bank to the boot after it sued six customers for the recovery of vehicle loans. The registrar noticed that in all six cases, Standard Bank’s own agreements specified the magistrates’ court as having jurisdiction in the event of a dispute, and referred the matter for a hearing in open court.

Acting Judge Thulare of the Western Cape High Court agreed, and transferred the matters to the magistrates’ courts, where they should have been in the first place. “The parties agreed to protect the defendant against the unnecessary use of the more expensive forum (court), that is, the hardship of being subjected to unnecessary and expensive proceedings often far out of town,” reads the judgment.

Stephan van der Merwe, senior attorney at the University of Stellenbosch’s Law Clinic, says this is a major victory for consumers: “It is encouraging to see that the registrar refused to rubber-stamp a default judgment [where the consumer puts up no defence] without applying [their] mind to the matter, as has so often been the case in the past. One of the main reasons that we have seen such rampant abuse of debtors and consumers in this country has been as a result of unscrupulous creditors exploiting the good nature – or lack of legal knowledge – of court clerks and registrars to obtain these judgments, without proper consideration of the merits or for any due process.”

This is not the first time banks have had to be reminded from which table they can eat.

Given the choice between KFC and Tasha’s, they have routinely chosen Tasha’s, leaving the consumer to pick up the tab. Van der Merwe says the latest ruling by Thulare follows a similar 2019 ruling in the Eastern Cape High Court in Nedbank v Gqirana, which determined that “the Magistrate Courts to be the Court of first adjudication of all NCA matters to the exclusion of the High Court as a Court of first adjudication save only in the event that there are unusual or extraordinary factual or legal issues raised which in the opinion of the High Court warrant them being heard first heard in the High Court”.

But in the Western Cape High Court judgment issued last month, Standard Bank was found to be violating its own written agreements in choosing to bring the cases to the high court, never mind the NCA.

Consumer and legal activist Leonard Benjamin says there remains considerable confusion over which court has jurisdiction in credit agreement disputes, but that this “confusion” is deliberately propagated by the banks. In truth, the law is abundantly clear, he says.

Read: The days of banks suing you in the high court are over

“Essentially, Section 29 of the NCA says a magistrates’ court has jurisdiction in respect of any matter entailing the enforcement of a credit agreement. It does not matter what amount is being claimed,” says Benjamin.

“This approach recognises that the parties must be held to their contracts, which is exactly what the judge in this case did.”

Which court has jurisdiction over credit agreements is no trifling matter.

Tens of thousands of homes and vehicles have been repossessed since 2008, because the exorbitant costs associated with arguing cases in the high courts has deterred consumers from opposing the matter.

It turns out these cases should not have been brought in the high courts in the first place. This has made it unaffordable for consumers to challenge matters, particularly when relatively small amounts of arrears form the basis of the claim.

Van der Merwe says this latest judgment is another victory for consumers, though it beggars belief that disputes over which courts have jurisdiction have to be argued at all.

Stellenbosch University’s Law Clinic has successfully waged several legal cases on behalf of consumers, and in December 2019 won a landmark case in the Western Cape High Court that stops credit providers unlawfully loading consumer accounts with interest and other charges. The case also provides legal certainty on what charges are allowable.

The next time you get summonsed to a high court over a credit agreement, flash this ruling in the judge’s face. It might just save your bacon.