A thundering defeat for government over lockdown regulations 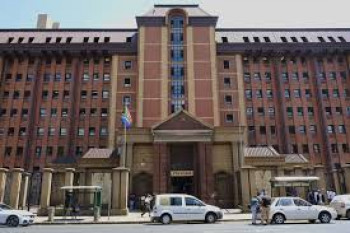 The Pretoria High Court on Tuesday 2 June 2020 delivered a thundering defeat to government over its "irrational" lockdown regulations, which should open the way for a rapid return to economic normality.

Several other court cases are pending, including by the Democratic Alliance, AfriForum, and the Fair-trade Independent Tobacco Association (Fita) – all of which are challenging aspects of the lockdown.

Judge Davis drew attention to yet another case recently dismissed by the courts, where Judge Neukircher was asked to deliberate on the blanket ban on religious gathers. She found that the ban was “neither unreasonable not unjustifiable” and that citizens were called upon to make sacrifices to their rights “in the name of the greater good.”

What was different about this latest case, however, was that the applicants challenged the rationality and the constitutionality of the current lockdown regulations. In other words, they challenged the use of the National Disaster Management Act as a means for dealing with the Covid-19 disaster. The government could have used International Health Regulations to deal with the crisis, but chose to rely instead on the World Health Organisation’s declaration of a “pandemic” and the classification by Mmaphaka Tau, head of the National Disaster Management Centre of the Covid-10 outbreak as a national disaster.

Judge Davis said he accepted the need to get the national health system into a state of readiness for such an outbreak, but it’s clear from a reading of the Act – which refers to a “disaster area” – that it was intended for a different kind of disaster than Covid-19. For example, where a flood had occurred, it would be reasonable to deploy the SA National Defence Force – which the Act permits – to assist in evacuation and other relief measures.

Judge Davis found that having to consult with provinces might frustrate the need for urgent action, and rejected this argument. What he did accept, however, is the argument that undue power was vested in the hands of a single minister – the Minister of Cooperative Governance and Traditional Affairs.

The court then considered whether the Minister’s actions passed the “rationality test”. Government claimed the lockdown regulations were necessary and that the SA population “has to make a sacrifice between the crippling of the economy and the loss of lives”, and that saving lives comes first.

Probing into the rationality of the regulations, Davis pointed out that family members were prevented from visiting a sick relative in hospital while alive, but up top 50 of them were able to cross provincial borders to attend the funeral should the loved one die. “The disparity of the situations are not only distressing but irrational,” he concludes.

Hairdressers, traders, shore-foragers, construction workers, street vendors and others had lost their livelihoods due to the lockdown, yet their contact with other people was less than had they attended a single funeral. The same with taxi passengers, who are allowed to sit together while a hairdresser and mother of hungry children may not attend to her customers.

The limitations on exercise are equally irrational and perplexing, focusing as it does on the hours of exercise rather than the distance maintained between people exercising.

The list of irrationalities contained in the Alert Level 3 regulations go on and on. It became clear from the arguments presented to the court that the Minister had given scant thought to the limitations imposed by the regulations on the rights of South Africans.

The government had, said Judge Davis, adopted a paternalistic approach by seeking to achieve an objective by whatever means, irrespective of the costs and “we will determine, albeit incrementally, which Constitutional rights you as the people of SA, may exercise.”

In conclusion, Judge Davis found the declaration of a national state of disaster under the Disaster Management Act to be rational, but the regulations under Alert Levels 3 and 4 irrational, given the number of instances where they “are not rationally connected to the objectives of slowing the rate of infection or limiting the spreads thereof.”

The court declared the regulations to be unconstitutional and invalid, but suspended the invalidity ruling for 14 days to give the government time to comply. The sale of tobacco products remains in force as this is the subject of yet another court case.