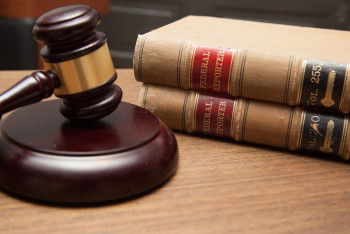 A recent judgment by a full bench of the Grahamstown High Court makes it unlawful for banks to bring National Credit Act matters before the high court instead of the much cheaper magistrates’ courts, reports Moneyweb.

Lawyers have complained for years that banks were attempting to financially ruin their customers by forcing them into the high courts in an effort to collect on outstanding debts. They also argue that forcing customers into high courts – often far from where they live, a practice known as ‘forum shopping’ – is a further prejudice intended to stack the deck against a customer in default.

Apart from being financially ruinous for customers, it is also a denial of access to justice.

This recent judgment means lenders no longer have that luxury of suing in high courts. Though the judgment is confined to credit agreements falling under the National Credit Act (NCA), a minority ruling by Judge Mbulelo Jolwana called for all civil actions and applications to be instituted in the magistrates’ courts to give effect to the constitutional right of access to justice.

Easier and less costly to mount a defence

Disputes over credit agreements must now be argued in magistrates’ courts, where the allowable scale of legal costs are a fraction of that in the high court. Customers being sued by the banks can argue their own cases without legal representation in magistrates’ courts and will not get lumbered with huge legal bills from the opposing side should they lose the case.

The full bench was asked by the Judge President of the Eastern Cape High Court in Grahamstown to deliberate on several cases involving Nedbank, Standard Bank, Ford Credit and Wesbank. All of the cases involved unopposed matters brought by the lenders seeking default judgment against clients. The Judge President asked the full bench to consider why the high court should entertain matters that properly belong in the magistrates’ courts.

The banks argued – without success – that in matters where the magistrates and high courts had “concurrent jurisdiction”, forcing them to bring matters to the magistrates’ courts would infringe their right of access to justice. The judges did not agree.

The Black Lawyers Association and the minister of justice and correctional services were admitted as friends of the court.

Consumer lawyer Leonard Benjamin says the judgment is a major victory for consumers and tilts the scales of justice in their direction. “A majority of foreclosures and repossessions are unopposed, which allows banks to get judgments which could be based on defective cases and incorrect information.

“I believe that the main reasons why consumers do not oppose the banks are because of their use of the high court. They are inaccessible because they have unfamiliar procedures, are intimidating and located far away.”

Most consumers do not put up a fight against the banks, believing they do not have a defence. But this is incorrect.

Benjamin says when it comes to foreclosures, not opposing a claim by the bank is a waiver of your constitutional rights. “Where your primary residence is under threat, even if you are in default, the court must consider relevant circumstances before granting the bank an order that will allow it to sell your home to recover its debt. The court must give special consideration to how granting the judgment will impact on children, the aged, the sick and disabled, and women-headed households.

“The court does not know what your circumstances are unless you tell the court. Hopefully, for consumers who defend themselves it will be easier and less intimidating to appear in the magistrates’ courts.”

The NCA came into effect in 2007 with the clear intention that all NCA matters (credit agreements) should be dealt with in the magistrates’ courts. The Magistrates’ Court Act was amended to allow all NCA matters, regardless of the amount claimed, to be heard in the lower rather than the higher courts.

However, some of the banks argued successfully that nothing in the NCA amounted to an express ousting of the high courts’ jurisdiction.

Although they could easily have brought foreclosures and repossessions in the magistrates’ courts, for more than a decade the banks sued consumers in the high courts. There is little doubt that this was a strategy employed to make it as intimidating and expensive for consumers to oppose the litigation.

The reason is not difficult to fathom: the banks’ lawyers make little or no money arguing cases in the lower court.

They avoid it like the plague. They are, as we previously reported, fighting for their lunch.

Read: Lawyers fight for their lunch in abusive lending case

Indicative of this is the banks’ favourite ploy of suing consumers living in Johannesburg in the Pretoria High Court. For those defending themselves, this adds a layer of unnecessary and unwelcome expense: a round trip just to serve and file court proceedings costs between R200 and R300 each time. This is quite apart from the costs of hiring lawyers, which left consumers in a dilemma: pay the lawyers’ fees or try to catch up on the bond and forestall legal proceedings?

Benjamin says the high costs of mounting a legal defence means most cases involving the banks go undefended. After this recent judgment, that should no longer be an issue.

“Late last year a bench of the Pretoria High Court seemed to have brought an end to the practice of banks suing in the high courts rather than the magistrates’ courts,” says Benjamin. “Holding that it was an abuse of the courts and denied consumers access to justice, the court gave a directive that after February 2, 2019, all NCA matters should be brought in the magistrates’ courts unless the bank had been granted leave to sue in the high court, for instance, if the issues were complex.”

This proved to be a pyrrhic victory as banks continued suing their customers in the higher courts, but without the courts’ leave. It was business as usual, with Johannesburg customers being sued in the Pretoria High Court instead of the Johannesburg Magistrates’ Court.

The Grahamstown judgment will make this more difficult.

Related articles:Congratulations! Your mortgage arrears have been extinguished
How to save your house from bank repossessionStandard Bank accused of "double dipping" in home repo case