How to deal with debt collectors and "fake" debts 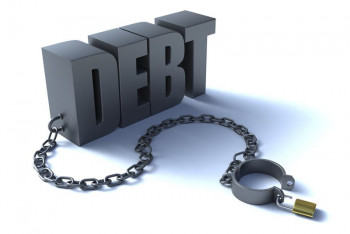 We've all experienced the trauma of trying to recover money owed to us, sometimes from "friends". For businesses, debtors are a constant worry. Constant reminders, threats to cut credit facilities and every bit of cunning you can muster is required to get debtors to cough up.

It’s a different matter when you are the target of debt collectors. I bring this up because I was recently contacted by a reader whose home is about to be foreclosed upon by the bank for a loan he says he never took. When asked to provide proof, the bank supplied a loan agreement, but without his signature. There were witness signatures, but nowhere was our reader’s signature to be found.

The reader invited the bank to issue summons so he could challenge the bank’s evidence in court. The bank has yet to take the matter further. Yet the reader is being hounded by debt collectors and threatened with all sort of legal action.

If you think this is an isolated instance, think again. Lungelo Lethu Human Rights Foundation has documented several such instances of people with similar stories. Then there is this.

I asked independent legal specialist Leonard Benjamin (former head of legal services at Liberty Life) for his take on this. Leonard provided a very succinct checklist of do’s and don’t when it comes to dealing with debt collectors.

“While I believe people must honour their debts, these debts must be valid and lawful and in many instances I have seen people are being hounded over unlawful debts. Creditors have an obligation, and the resources, to timeously pursue debtors who, for whatever reason are unable to pay. Once the debt has prescribed there is no longer any legal or even moral obligation to honour the debt," says Benjamin.

First, understand the Prescription Act and the National Credit Act. In its simplest form, if a borrower defaults on a debt and three years has elapsed since the default, that debt is prescribed (old) and therefore not recoverable. This applies to overdrafts, credit card and other debts (in the case of mortgage debt, the prescription period is 30 years). The bank can keep the debit “alive” by issuing summons within the three years period.

But debt collectors are crafty creatures, so they will phone you up and try to get you to admit that you owe the money.

Mrs Khumalo: “Yes I do, but I have since lost my job and cannot pay.”

Here’s how Mrs Khumalo should handle it.

Mrs Khumalo: “I don’t know who you are and if you want to communicate with me, please put it in writing. Goodbye.”

The lesson in all this is never to communicate with debt collectors on the phone. Benjamin says it is important to remember most of these “debts” being claimed by debt collectors have actually been on-sold by the banks for cents in the rand, and lack the necessary documentation for legal enforceability.

Hence, the claim that “Mrs Khumalo, I am phoning on behalf of the bank….” is a lie. The bank is out of the picture. The “debt” has a new owner.

Here’s another little trick employed by banks and other creditors to stymy the legal rights of debtors: they bring cases before the High Courts that properly belong in the Magistrates Courts (where litigation is much cheaper and expeditious). The reason they do this is any writ of execution issued in the Magistrates court expired after 12 months and the bank must again approach the court if it fails to execute on the writ in this time period. High Court writs do not expire, so the bank can sit on them for years without executing, and without having to approach the court a second time.

“I advise people that they must develop an extremely thick skin where these people (debt collectors) are concerned,” says Benjamin. “They will use every trick in the book to flout the law.”

How to deal with debt collectors

“South Africans are paying billions of rands a year in unlawful or prescribed debt because they do not know their rights. If you are aware the debt is prescribed, your proper response to a debt collector should be: ‘You are breaking the law by trying to recover prescribed debt. Now fuck off.' And put down the phone.

“It’s the same with garnishee orders (also called emolument attachment orders). These must be issued by a magistrate’s court close to where you live or work. Get a copy of your garnishee order and see where it was issued. If you work in Cape Town and it was issued in Hermanus, sorry, that’s an unlawful order. You don’t even have to go to court. You go to your employer and instruct him to stop paying. It’s that simple.  If he doesn’t, get a lawyer to send him a letter.

“When it comes to protecting your house or car against repossession by the banks, it’s a different matter, but there are powerful defences you can use here too. I suggest people read some of the articles I have previously written to understand what their rights are (see below).