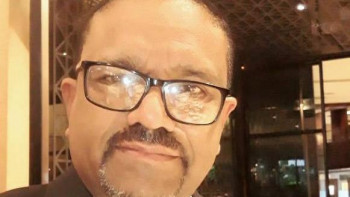 People Against Petrol and Paraffin Price Increases (Papppi), headed by Visvin Reddy, is calling for a 35% drop in fuel prices. Did you know that 38% of what you pay at the pump goes to levies and taxes? And that nearly R2 goes to the bankrupt and corrupted Road Accident Fund? Reddy has had enough. He put out a video stating his case for a fuel price reduction and it got 500,000 hits. Just as Organisation Undoing Tax Abuse (OUTA) has thrown a crowbar into e-tolls, so may Papppi bring enough social pressure on government to rein in this runaway train. This article first appeared in The Post.


On June 4, the government announced that there would be an increase in the price of fuel in South Africa, of 85c a litre.

Another routine announcement and we are reminded that we are helpless because we have no control over the pricing structure of Brent Crude Oil or the value of the rand.

When crude oil prices go up it affects the price of petrol, diesel, and paraffin.

The government, through the Central Energy Fund, regulates the price we pay for fuel.

Many South Africans saw this increase as just another one and complained that “it is out of their hands”.

A group of concerned community leaders, however, called me and said I need to look at the pricing structure of fuel because they suspected something was amiss. After this announcement, our fuel prices reached a record high, almost R16 per litre.

When fuel prices go up it affects everyone, especially the poor, because food and transport costs are directly affected.

We live in a country where over 55% of the people live below the poverty line, 14 million of which have to survive on less than R600 per month (Stats SA). About 28% of our population is unemployed and a large percentage live off meagre government grants.

We cannot just sit back and do nothing. We have to stand up and make a loud noise, so our parliamentarians take notice. Up until now, not a single political party challenged the rising fuel costs.

I posted an initial video on my Facebook page, highlighting the need for us to take action against these exorbitant fuel prices. The video went viral within a short space of time and was seen by over 500,000 people. I gave out my cell number through the video and I received thousands of calls and messages of support.

Many pledged their support to a movement that would take up the fight on their behalf. This gave birth to the organisation, People Against Petrol and Paraffin Price Increases (Papppi).

Papppi is a household name today because we initiated a revolution in thinking among South Africans, who now know that they are being fleeced by the government through the fuel prices.

We exposed the fact that we pay 38% in fuel levies and taxes for every litre we buy, and R1.93 of this goes directly to the Road Accident Fund (RAF). The RAF is grossly mismanaged and is unable to account for billions of rand.

Its board was removed last month and the entity is technically bankrupt. The government chooses to increase fuel tax instead of dealing with wasteful and excessive expenditure in the RAF.

Every country has at least a three month supply of strategic fuel reserves. These reserves come in handy when crude oil prices are increased suddenly or when it is unavailable due to wars.

These reserves were sold last year by a previous minister of energy for R5.5 billion at $26 a barrel, at a time when the price of this precious commodity was $66 a barrel.

This was an illegal sale because the fuel reserves are considered to be a key state asset and require Treasury approval for it to be sold. This was not done and no action has been taken against this former minister.

The most explosive evidence of our campaign relates to Sasol fuel, which, through the role of government, is making profits of R100 million a day.

Sasol is a local fuel producing company, which uses coal-to-liquid technology to produce petrol and diesel, and does not depend on the international pricing of crude oil, or the rand-dollar exchange.

Sasol was created during apartheid and is owned by the state. Its main purpose was to benefit South Africans in the face of changing international markets. Sasol fuel is sold by our neighbouring countries at a fraction of the price we pay in South Africa.

We believe that if the government deregulates the price of fuel we will pay about R8 a litre for Sasol and this gives South Africans the competitive edge over other petrol companies. Through Sasol, we are a fuel producing country, today Sasol supplies one-third of our country's fuel needs.

The Papppi campaign has focused on uniting South Africans against the rising cost of fuel. As responsible leaders, we are engaging with the government at the highest level and have already met senior officials from the Presidency and the Department of Energy.

They are keen to pursue discussions but our people are getting frustrated because of the impact that high fuel prices are having on their budgets. Our call to action has to be the single biggest social cohesion exercise ever known in this country.

I have seen people from all walks of life, race groups and social standing come together to support our campaign.

On Monday, August 13, we will be marching in every major city in the country to demand that the president places a moratorium on further increases.

We refuse to hold discussions with officials and provide workable solutions, while petrol and diesel prices go up.

We are calling on every South African to join these marches, which will be held under the banner of mass-based organisations co-ordinated by Papppi.

Increasing fuel prices is an evil committed against the people of our country. It will continue to rise if good people look on and do nothing.