Not all conspiracy theories about courts and lawyers are false 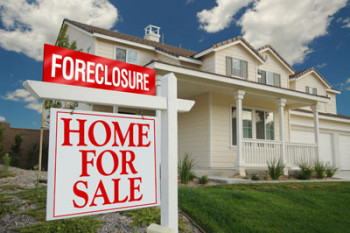 Not all conspiracy theories involving courts and lawyers are false. Here, in the grimy halls of justice, the banks are daily flouting the law in ways that most people do not realise. But the tide is turning in favour of customers. A relatively small change to High Court Rule 46 means banks may no longer sell a property without a reserve price. It means properties must be sold at market prices. That in itself will go a long way to halting evictions and dousing the banks’ enthusiasm for foreclosure.


We’ve all heard stories of files gone missing in court. One lawyer friend of mine tells me it can be done for between R20,000 and R40,000. That makes the physical and digital files disappear.

There’s also talk of the “R1 million cup of tea”. That’s apparently what it takes to swing a judge in your favour. Not all judges, but some of the judgments coming out of our courts makes one wonder if there’s truth behind the rumours.

The editor of a major publication in SA, with years of court experience, pointed out that the SA court system survives courtesy of the banks. Just look at court roll on any day of the week. Most of the cases are Absa vs Some Poor Soul, or Road Accident Fund cases.

For decades, it’s been a one-way street to misery for anyone taking on the banks. “You borrowed the money, so pay it back!” That’s the moronic mantra of the advocates representing the banks.

Ignore the fact that we are suing you without attaching the original loan agreements, because, as everyone knows, the originals were destroyed in a fire. But just take our word for it, these recreated documents are identical to the originals which have been destroyed.

Ignore the fact that our Certificate of Balance is make believe, containing all sorts of costs that we are not entitled to charge (if you don’t believe this, spend a few thousand rand to have a forensic accounting analysis of your mortgage bank statement. Some 90% of bank statements contain unlawful charges, according to a forensic analyst contacted by Acts Online).

Ignore the fact that we break the law daily, by dragging clients into the High Court when the cases should be heard in the Magistrates courts. We do that because attorneys earn a pittance in the Magistrates courts, whereas the High Court fees are so much higher. What better way to get our dear customers to give up the fight when they are confronted with the horrific fees charged in the High Court. (Yes, the objective is to bankrupt our customers through expensive litigation).

Ignore the fact that we pay lip service to Constitutional rights to property, while leaping at any opportunity to foreclose as soon as you are three months in arrears. We’ll load untaxed (unverified) legal fees onto your mortgage loan statement, as well as illegal insurance and administration charges. And we hope you won’t notice that this is the real reason why you have fallen into arrears.

The list of transgressions by the banks could run to book length.

Why, you might ask, did virtually every mortgage loan agreement in the country go up in flames?

Because the mortgage loans have been securitised, but we are not allowed to use that word in court. So let’s call it something else: let’s call it parallel financing, or simulated lending. Or fraud.

Because securitisaion involves the sale of a debt to an investor. The bank is no longer the owner of your debt. They lie about it to the press, to the courts, and to their own staff.

If the bank is no longer the owner of the debt, it has no legal standing to bring legal charges against you. The owner should be the one to do that.

Ignore the fact that we are happy to sell your R500,000 home for R100 at auction once we’ve foreclosed. Why? Because we’ve already been paid out on your home loan at the moment we securitised and sold it.

And there, according to one Johannesburg lawyer, is the real reason why banks rush to foreclose: because the launch of legal proceedings triggers a financial payment in terms of the securitisation scheme. They are not interested in recovering money from the auction sale. They have already been paid.

The good news is things are changing.

King Sibiya of the Lungelu Lethu Human Rights Foundation, architect of the R60 billion class action suit against the banks over homes being repossessed and sold at auction for a fraction of their value, says the recent change to High Court rules preventing homes being sold without a reserve price is a major step forward for home owners in financial distress.

“We have already had a few cases where the bank was attempting to foreclose and evict home owners, and were defeated in the courts. In one case where Lawyers for Human Rights was involved, the home owners argued that the bank must determine the market value of the property before authorising a sale in execution (which is when a property is sold at the sheriff’s auction).”

What this means, says Sibiya, is that it has suddenly become far more difficult for home owners to be evicted from their properties, Further, it has started to kill off the criminal syndicates operating at sheriffs’ auctions, snapping up properties for pennies cents in the rand.

Parliament is starting to pay attention at the shocking behaviour of banks when it comes to foreclosure. Advocate Douglas Shaw’s PhD thesis on international foreclose practices comes to the conclusion that SA is among the most abusive countries in the world in this regard.

There is now a move to force banks to allow defaulting customers six months to get back on their feet. This is more in line with international practices. It is an actuarial certainty that any mortgagee will hit a period of financial distress during the 20 year life of a mortgage loan.

New products are about to be launched to the market, including 9-10 year loans, which would vastly reduce the interest payable on loans.

The tide is turning in favour of the consumer, and it is about time.