What an awful budget - Roodt 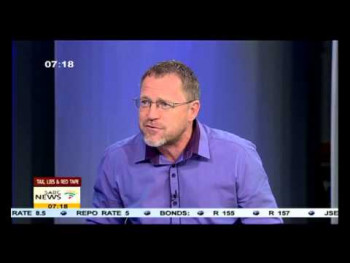 Many words were used to describe the budget. They include “balanced”, “difficult but fair”, “understandable”, “conservative” (a major bank), “the price of the Zuma-years” (an analyst), “we had no option”, “balanced act under circumstances” (SACCI), “inevitable and enough to prevent a downgrade” (Raymond Parsons and PwC), “stabilise debt” (a journalist), “necessary bitter pill” (OUTA), “tough but hopeful” (the minister himself). No. It was far worse than that, says Dawie Roodt, chief economist at The Efficient Group.


Judging from these “initial” impressions and reactions, one might conclude that this was an amazing feat by (finance minister Malusi) Gigaba. The same Gigaba, after all, who lied under oath and who contributed so enthusiastically to the destruction of the state-owned enterprises (SOEs). The same Gigaba who caused immense damage to our tourism industry with his counterproductive regulations. What a turnaround! What an achievement!

At least our senior financial journalists would provide a more objective and, dare I say, honest analysis of the budget? But no. The journalists at our leading financial papers are some of our best, and they described the budget with words like “slashing spending”, “exceeding expectations” and “consolidate state finances”. In other words, a Gigaba tour de force.

It is only the Institute of Race Relations, Cosatu and the SACP that had major issues with the budget, albeit for totally different reasons.

What on earth is going on? How is it possible that a horrible budget can be whitewashed the way it has? Is it because the estimates in this budget are marginally better than the dismal picture painted in the medium-term budget? Or is it that we are all so relieved to be rid of Zuma, that nobody wants to be seen to be the bearer of bad news — even if it is the truth.

Fact is, we are still drowning in debt. Only a little slower.

Perhaps we need to be a little more honest and critical. For if we all had been during the Zuma-disaster, it may have come to an end sooner. Let’s not be blind of the coming fiscal disaster!

(Note: most of the figures may differ a little from the figures used in the budget. The reason is that I follow the same definitions used by the South African Reserve Bank (SARB). It wouldn’t make much of a difference anyway because trends are usually more important than the actual figures).

It was widely reported that spending was “slashed”. This is factually incorrect. The only reduction is on planned future spending. Mostly on capital projects at municipal level, which (ironically enough) is exactly the kind of spending that we need more of.

The minister tried to create the impression that spending will not increase, by excluding interest (in which case spending is expected to remain flat relative to GDP). Ballooning levels of interest on state debt is the fastest growing expenditure item on the budget and ignoring it doesn’t make it disappear.

We have seen a relentless rise in state spending, for decades. Since the 1970s, state spending has doubled relative to GDP and since 1994, it increased by 6% relative to GDP. Most of this money is going to people, in one way or another. Sure, corruption and wastage forms part of the spending profligacy, but the only meaningful way to reduce state spending is to cut spending on people. But for that you need politicians with, well, bollocks. So, spending is expected to continue its relentless upwards trajectory.

And despite the massive amounts spent on things like education, the outcome of state spending is horrendous!

That brings me to revenue, or taxes.

State revenue relative to GDP increased from 24% in 1994, to a budgeted 30% next year. It is important to know that borrowing is simply the postponement of taxes; somebody will eventually have to pay for all that spending. This means the persistent increase in spending represents an equal increase in taxes — only, we will pay them later.

Then they say the increases in VAT, Private Income Tax and all those other taxes were “inevitable”. Nonsense. These taxes were increased because spending went up. Cutting spending is what is needed. Not more taxes.

In the meantime, the tax burden on the productive side of the economy has reached such levels that the minister was forced to increase VAT. VAT is certainly a lesser tax evil than say, Corporate Income Tax but it is still a tax and all taxes are always bad.

This persistent expropriation of money from a tiny tax base, is already negatively affecting many other aggregates in the economy. Tax morality has deteriorated and many productive potential taxpayers are simply relocating, and taking their taxes with them. We are running out of taxpayers!

Given the trajectory of state spending, taxes will have to be increased in coming years again… and again…

Then we get to the deficit. The deficit (the difference between state spending and revenue) remains at a totally unsustainable level of between 3% to 4% for the next few years. This means that the state is borrowing money it cannot repay and spending it in the economy. If the fiscal deficit relative to GDP is greater than GDP growth, then fiscal policy is expansionary. Using words like “fiscal consolidation” is inappropriate and simply wrong.

One may accept a fiscal deficit if the money is spent on capital items, like borrowing money to buy a house. But the deficit next year is budgeted at R191 billion, while capital expenditure is budgeted at R151 billion. R40 billion less than the deficit (dissaving) — in other words, the amount of savings (capital) the state is planning to destroy next year!

That brings us to debt. State debt is budgeted to increase by R265 billion this year, or to 55.1% of GDP. The minister prefers to use net debt (subtract cash balances from gross debt). But not all the cash balances are available to the minister (it is “locked up” at the SARB, part of the reason for the attack on the SARB last year). For the next three years, state debt is budgeted to increase to 56% of GDP from 24%. Not just at the beginning of the Zuma period, but for much of the term of the current government!

This excludes possible defaults and guarantees given to the SOEs. If the debt of Eskom et al is included, state debt may top 70% of GDP within three years.

That is another omission in the budget: the SOEs. How are they going to get funded?

Some guarantees were extended and upped (R15 billion for Eskom, for example) but that is without a doubt not enough. But the minister assures us that whatever assistance goes to the SOEs will be done in a “budget neutral way”. What does that mean?

Well, it simply means that we will ignore it. For example, if some state assets are sold (which I will support in principle) to fund say Eskom, it will not be reflected in the deficit or debt figures. It’s like selling your car to pay your credit card, which simply improves your current account to the detriment of your balance sheet.

I had a look at the budget and apart from an additional increase in Eskom’s guarantees, I don’t see any other budgeted support for Eskom. Since it is rather difficult to get the relevant information from Eskom’s finances, it is not very clear what is really going on in Eskom Megawatt Park. We all know however, that the Government Employees Pension Fund was raided to get money for Eskom — just to pay interest for one month. This means that Eskom will probably have a financial hole of tens of billions of rands in the coming year. None of it budgeted!

We need to be more honest with ourselves. Like most previous ones, this is a terrible budget. At the current trajectory of state spending, debt will just keep on rising. This budget did nothing to put the fiscus on a sustainable path. In fact, it exacerbated an already disastrous situation.

Trying to portray the budget as something it is not, is like building our future on hope.

And hope is not a plan.

Roodt's post-budget presentation to the Austrian Business Council can be viewed here.