Believe it or not: Zim was once the freest economy in the world 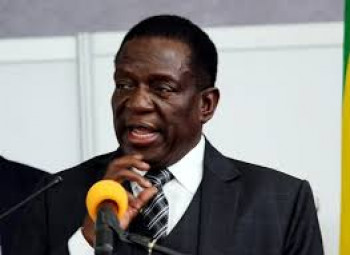 Zim was once the freest economy in the world, says Zimbabwean parliamentarian Eddie Cross. It happenbed between 2009 and 2013 when an opposition MP took over the finance ministry and lifted exchange controls and scrapped price controls that had been implemented by the previous government. All manner of economic restrictions were lifted, resulting in an economic flowering the likes of which had not been seen before or since. This all came to an end in 2013 when Zanu-PF regained absolute control of the government. But there is a lesson here for all Africa countries. If we in SA follow the Zimbabwean model (indeed, should Zim follow its own example), a new era of economic prosperity would eventuate. We should bear this in mind as Zim prime minister Emmerson Mnangagwa (pictured) is being feted by the international press as the saviour of Zimbabwe.


I will always recall a statement in a National Executive meeting of the MDC (Movement for Democratic Change) in its early days when one of our elder Statesmen who was a senior Zanla War Veteran stood up and simply stated “freedom is important”. Just that, he stated it as a primary truth which had application in all areas of party policy and activity.

People with power have most often throughout history tried to limit our freedoms – freedom of choice, freedom of speech, freedom of movement. But today I want to discuss economic freedoms. When we formed the GNU (Government of National Unity) in February 2009, the minister of finance stood up and made a simple, 30 minute statement. In those few minutes he lifted all exchange controls, all price controls, all restrictions on the sale of gold and all import restrictions, currency controls were abandoned. Things we had taken as given for 50 years were swept away. Zimbabwe became the freest economy in the world.

The resulting surge in growth of State revenues was dramatic: In weeks shortages of fuel and food vanished, where did the hundreds of millions of US dollars come from to make this possible? Inflation, which was doubling prices every few hours, fell to MINUS 7 per cent. What did the GNU leadership do to make these dramatic changes? They simply gave Zimbabweans economic freedom.

The effect was like letting a genie out of the bottle, I walked into a supermarket in Harare which just weeks before had been completely empty with one till operator on duty, doing nothing. Now it was packed to the roof, 45 till points were flat out, millions of US dollars were changing hands daily. After years when I had to buy fuel from shadowy dealers who operated from home, we could once again drive into a filing station and say; “fill it up” and pay a price which was displayed on the forecourt. Three young Zimbabweans who were delivering bulk fuel to the Station came across to me and said; “Eddie, don’t change anything, we are having so much fun” and in the process making money.

When Zanu PF came back into absolute power in 2013, they immediately went back on these freedoms. Today we have exchange controls, political pressure on prices, inflation is back and rising, shortages are appearing and import restrictions are back. Am I surprised that confidence has vanished, revenues to the State have declined 25 per cent and cash is almost impossible to obtain, not at all – all these problems are the outcome of Zanu PF removing the freedoms we got in 2009 after the complete collapse of the economy in 2008. Although it was our present Minister of Finance who made the changes in 2008, he seems to have no idea as to what to do to combat our present difficulties.

The new President has started out by making all the right sounds – but has failed to change the situation on the ground where 95 per cent of all Zimbabweans are. The messaging at Davos was designed for an elite audience and an impact was made, but that will not win him an election that is now just around the corner. That will be decided on real bread and butter issues.

In 2009, it was not Patrick Chinamasa (Zim's minister of finance)or Mugabe that gained the credit for the dramatic changes that affected every Zimbabwean and gave them a rapid increase in their incomes and living standards, the credit went to Biti and Tsvangirai. Today people are saying that the changes in leadership have changed nothing. We are still sleeping outside Banks trying to get our own money out of the Banks to feed our families. “They” say that inflation is 3 per cent – but we all know that its 30 per cent or more and many prices have doubled or even more, we know our salaries are buying less and what we have in our Bank accounts is not US dollars, it is something else and shrinking.

All the solutions proffered by the government – by President Emmerson Mnangagwa (pictured above), by Chinamasa, by John Mangudya (head of the Zim Central Bank) are not taken seriously, they in fact are not the solution, the real solution is to simply give Zimbabweans back the freedoms they got from the GNU in 2009 which swept away the problems that had brought us to our knees in 2008.

We need to take exchange controls from the Reserve Bank – give it back to commercial banks and allow the market to allocate and value the different forms of cash in the market. We need to abandon import restrictions and allow people to import what they want and use their money in any way they feel is best for them, after all it is their money. We need to reintroduce a proper local currency and draw on the experience of others as to how to manage the new means of exchange and make sure that that is all that it is and it cannot be used by the Minister of Finance to fill the fiscal gap in his budget, he must find a solution to that in pursuing the tried and tested means that others who have walked that road themselves have followed with success.

It is not rocket science – Botswana, Zambia and Mozambique have all done it successfully. We know what needs to be done – get on with it and stop trying to fix market driven problems with non-market solutions that simply do not work.