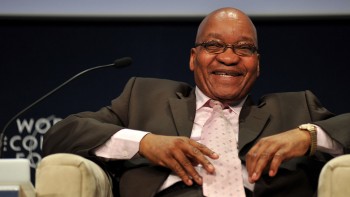 
Prosecuting President Jacob Zuma will be an uphill battle that is “highly unlikely” to be won – even after a process that will take “at least four years”.

Highly placed sources within the National Prosecuting Authority (NPA) and security cluster told City Press on Friday that huge pitfalls in the way of a successful prosecution include the fact that the top prosecutor initially involved in the case, Advocate Billy Downer, will no longer be able to participate.

Another crucial fact is that Zuma’s convicted former financial adviser, Schabir Shaik, has already indicated that he would testify in support of Zuma, not against him.

“That leaves us with [French defence company] Thomson-CSF’s [former] secretary, Susan Delique, as our key witness,” said one source.

“We are not sure if she will cooperate or if we will be able to locate her. I do not see the prosecution happening anytime soon because there are still two processes that have to unfold.”

In an interesting twist, many of Zuma’s ANC rivals were this weekend not prepared to take a stand against him on the case because they were involved in protecting him before their relationships soured.

The source added that before National Director of Public Prosecutions (NDPP) Shaun Abrahams could announce his decision on whether or not to prosecute the president, Zuma would make representations to him.

After that, if Abrahams decided that the prosecution should go ahead, Zuma’s lawyers would apply for a stay of prosecution.

“I have seen the files, which have to be studied before the matter can be placed on a roll. That might take at least four years before we could be ready,” the source said.

Regarding timelines, the NPA said that it was not in a position to comment at this stage.

Another source told City Press that Zuma’s initial prosecutor, Downer – who led the team investigating charges of racketeering, corruption, fraud and money laundering against Zuma – was likely to be removed from the case because he is believed to have a conflict of interest.

This, the source said, was because he wrote an affidavit in support of the DA’s eight-year case to reinstate charges against Zuma, which succeeded before the Supreme Court of Appeal (SCA) on Friday.

In his affidavit, Downer wrote that he believed the charges against Zuma should never have been dropped.

“A new team of prosecutors has to be appointed if Abrahams decides to prosecute, which is highly unlikely based on the position if things haven’t changed,” said the source.

“It would take prosecutors at least four years to prepare for the case.

"It has taken nearly two years [preparing] for the Bosasa case [referring to the group of companies that benefited from millions of rands in government tenders to secure the country’s prisons] and the evidence contained is just half of the case files in the spy tapes matter.”

The NPA is still working to prosecute individuals implicated in the Bosasa scandal, which arose after the Special Investigating Unit discovered corruption in the awarding of tenders, implicating officials in the correctional services department.

Seven years later, there are still no prosecutions.

Shaik declined to comment yesterday, but was quoted telling Durban’s Daily News last year: “I have always stated that President Zuma was never involved in the arms procurement deal or influenced any company, including my own, to win or lose any tender.

"This was simply not his role and function in government at that time and I am prepared to stand before any court to reiterate this.”

However, the NPA says it is unaware of the position of both Shaik and Delique.

Last month, City Press reported that Zuma’s lawyers, with the assistance of some in the NPA, were considering a plan to drag the process out to ensure Zuma did not have his day in court.

The NPA has denied this.

The plan emerged after a dramatic concession by Zuma’s advocate, Kemp J Kemp, at the SCA last month, in which he said the decision by former prosecutions boss Mokotedi Mpshe to drop the 783 charges against Zuma was “irrational” and should be set aside.

However, sources told City Press this week that the plan – which involved first studying the judgment, then entertaining Zuma’s representations and finally, Zuma’s lawyers applying for a stay of prosecution, which Abrahams would be expected to grant – was still in place and going ahead.

On Friday, the NPA said Abrahams wrote to Hawks acting head Lieutenant General Yolisa Matakata before Friday’s judgment, seeking advice on “the availability of the relevant witnesses and the documentary evidence in the matter”, and for a copy of the docket.

Matakata responded that there were more than 100 witnesses “whose availability could be determined”, that the “documentary evidence was still available and is in the care and control of the [Hawks] and that the docket constituted many lever-arch files”.

Abrahams asked to be “advised soonest on the availability of the witnesses” and was waiting for a timeline.

Zuma’s lawyers wrote to Abrahams, the NPA said, asking for him to be given an opportunity to make fresh representations, to be given time to study the SCA’s judgment before that, and for the NPA not to serve an indictment on Zuma or re-enrol the case before the representations were considered.

NPA spokesperson Luvuyo Mfaku said Abrahams was considering the lawyers’ request and would respond “in the next few days”.

“We hope that the NPA will do the right thing"

The spy tapes saga, which came to a conclusion after an eight-year battle on Friday, were at the heart of the NPA’s decision to drop corruption charges against Zuma.

In a replay of the pre-Polokwane conference in 2007, news of Zuma’s charging is also unlikely to affect his political fortunes in the ANC.

In 2007, Zuma was campaigning to be party president. Now he is supporting the push to make Nkosazana Dlamini-Zuma his successor in the party.

Many of the several presidential hopefuls have been emboldened to raise their names for the position because of Zuma’s perceived weak leadership.

However, when news broke on Friday that Zuma had lost an appeal for the NPA not to charge him, none of the presidential contenders was prepared to put their heads on the block.

A party insider said it was because many of Zuma’s latter-day enemies were involved in initially blocking the charges against Zuma.

It was left to party veteran Zola Skweyiya and former army general Siphiwe Nyanda to openly call for Zuma to resign. Most ANC leaders said they were waiting for the NPA to make a decision.

Nyanda, who was one of Zuma’s defenders 10 years ago, said his fate must be decided.

“The ANC must interrogate how it could possibly go with a president who is so compromised.”

This included whether Zuma should finish his term at the Union Buildings, which ends in 2019.

Nyanda said Zuma had brought the ANC into disrepute and that it was imperative for the NPA to act.

“We hope that the NPA will do the right thing,” he said.

When asked if it was now prudent to ask Zuma to step down, given the SCA judgment, ANC secretary-general Gwede Mantashe said: “No. The first thing will be whether the NPA decides to charge the president.

"Now you are putting the cart before the horse. The judgment says the NPA must decide. It has not decided yet.

“Let us allow the process to take its course and the ANC will decide thereafter.”

Asked if the judgment would have implications for December, Mantashe said the conference was not a function of findings by the courts.

“It is in the constitution of the ANC that we must have a conference every five years, and we will have it.”

Meanwhile, ANC treasurer-general Zweli Mkhize has hit out at those labelling him President Jacob Zuma’s “plan B” in the ANC succession race, saying he has the experience and capability to lead the ANC in his own right.

Mkhize told City Press that, as a matter of principle, he was neither Zuma’s pawn nor anti-Zuma in his ANC presidential campaign. His central message was unity and rebuilding the ANC.

He said the narrative that he was Zuma’s back-up candidate in the event that Dlamini-Zuma floundered was “mischievous and meant to distract us from focusing on the real priority at hand, which is to unify and rebuild the ANC”.

“The notion that I am a back-up plan does a great disservice and injustice to my experience and capabilities. I am not anybody’s plan B.

“I am Zweli Mkhize,” he said, “a member of the ANC who has accepted the call by party structures to avail myself to lead the ANC.” – Additional reporting by S’thembile Cele, Setumo Stone and Hlengiwe Nhlabathi