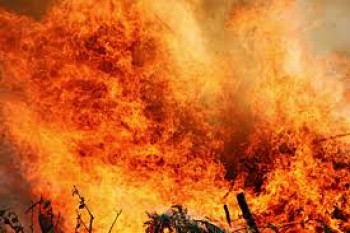 Document storage company Docufile is being summonsed to court to explain what happened in the fire of 2009 when possibly hundreds of thousands of documents, many of them mortgage bonds, were destroyed. Docufile's parent company, Iron Mountain, has had its own share of bad luck with fires, raising suspicions at least some of these were deliberate.


Thousands of South Africans whose mortgage bond documents were destroyed in the Docufile fire of 2009 will at last get some answers to the questions they have been asking of Absa and other banks.

Executives from Docufile are being subpoenaed in a trial in the South Gauteng High Court next month to answer questions about how a fire could have happened in what is considered one of the most fire-proof facilities in the country. Docufile, it turns out, is owned by US-based company Iron Mountain, which has a curious history of fires in its facilities (read below).

When Kevin Radford of Germiston, Johannesburg, was summonsed by Absa in 2012 for defaulting on a home loan, he asked the bank for a copy of his mortgage bond.

The bank replied that the document had been destroyed in the famous Docufile fire of 2009, along with possibly hundreds of thousands of other such documents. Docufile runs a document storage facility in Midrand (where the fire took place) which is used by Absa and other banks to store vital documents. Nedbank and other banks are also known to have lost documents in this fire.

Since then, in possibly thousands of cases, Absa has been relying on recreated, unsigned mortgage bonds which it presents to the courts as similar to the original. There is no way to test the truth of this, since the originals – by Absa’s version of events – were destroyed in the fire.

This argument was smacked down two years ago in the Joburg High Court when Absa was seeking summary judgment against two clients, James Grobbelaar and Kevin Jenzen. Justice Roland Sutherland ruled against the bank, arguing that Rule 18(6) of the court rules requires a plaintiff to produce the relevant documents when seeking to press their case. Absa had not done so. “There is no doubt that a failure to annex the loan agreement constitutes non-compliance with this rule,” said Sutherland.

Radford thought this fire a bit suspicious – and a tad too convenient for Absa, should anyone in the bank want to conceal evidence of its securitisation activities. Radford’s case is going to trial in the South Gauteng High Court on 2nd November 2016, and Docufile’s CEO Dave Hughes will be subpoenaed to give evidence.

Others to be subpoenaed include the JSE, Strate, the Reserve Bank, Absa, the Registrar of Deeds and other document warehousing companies. This is going to be an interesting trial which may – at last – answer questions about the securitisation practices of SA banks. Securitisation is the practice of bundling loans of similar type together and selling them on to investors. This has the advantage for the banks of freeing up capital to make further loans, so they can repeat the process.

The CEO of Docufile has refused to cooperate with Advocate Douglas Shaw, who is representing Radford, pleading client confidentiality. But that protection will fall away in the witness box. Docufile has so far ignored questions put to it by Acts Online (and we’ll come back to that in a minute). When asked what information Joburg Emergency Services had on the fire, Nana Radebe of Joburg City Council replied she “could not get information on the incident”.

Docufile claims on its website to have robust systems in place to detect fire well before it spreads. Shaw will no doubt want to find out how these systems failed in the fire of 2009. He will also want to know whether Radford’s mortgage bond was among the documents destroyed, and how many other Absa clients had their documents destroyed and what has happened to the electronic copies the bank is required by law to maintain.

The Registrar of Deeds can at last explain how, when an estimated 30% of all mortgage bonds in SA are securitised, less than 1% of these appear to have been endorsed to the new owners. Shaw and a team of investigators conducted a search of more than 600 mortgage bonds, expecting about 30% of these to reflect the new owners at the Deeds office, as is required in terms of law. They found just one out of the 600 reflecting an owner different than the bank, suggesting the banks are indeed securitising loans, but not reflecting the change in ownership (which is what they are required to do when securitising).

Shaw says a reasonable conclusion from this is that many of the securitised assets trading on the JSE are “empty shells” with no or fraudulently reported assets. Executives from the JSE, the Reserve Bank and Strate will be called to the witness box to explain whether these assets are real and, if so, how they know this. Until now, ratings agencies that provide credit ratings for these securitised instruments say their brief does not include looking at the authenticity of the underlying assets, ie. the mortgage bonds.

There is widespread suspicion that the fire of 2009 was deliberate. One of the questions put to Docufile (and which remains unanswered) is whether there was evidence of arson. Whether deliberate or not, the fire would have been immensely convenient for the banks attempting to foreclose on homeowners, particularly where the loans have been securitised. It has allowed them to fudge the issue of locus standi, pretending they remain the legal owners of the mortgage bonds when these in fact would now be owned by someone else. Shaw argues that this is potentially the biggest fraud in SA banking history.

When challenged on securitisation, the banks have been arguing in court that even if the mortgage bonds had been securitised, this involves a simple cession. But the Reserve Bank rules state otherwise: securitisation is an outright sale of an asset. In any event, cessions must also be registered in the Deeds Registry according to Section 16 of the Deeds Registries Act.

Earlier this year a company called Iron Mountain out of the US acquired 75% of Docufile. Iron Mountain, one of the world’s major documents storage companies with 1,100 facilities in 37 countries, has itself an unfortunate history of fires.

One of the big losers in this case was banking outfit HSBC which, it turns out, was one of Iron Mountain’s biggest clients globally. HSBC Argentina has been accused of tax fraud, tax evasion and money-laundering in a scheme that includes thousands of Argentine citizens transferring funds of up to US$3 billion to HSBC’s Geneva branch.

Iron Mountain itself has also been under investigation for money-laundering activities, according to the Buenos Aires Herald.

Tele Sur goes on: “After a police analysis determined that the fire that burnt down two warehouses belonging to the Iron Mountain company in Buenos Aires in February 2014 was intentional, several questions about the links between the company and its clients and also with the Buenos Aires City government have been raised.

“The Financial Information Unit of Argentina is investigating a conspiracy between Iron Mountain and its major clients - international financial companies such as banks HSBC, BNP Paribas and JP Morgan - to destroy documentation involving economic crimes, by causing a fire in the company’s warehouses.

“According to José Sbatella, the head of the Unit, ‘They have come to justify the lack of documentation by saying they lost it in the fire. However, this does not explain why these companies have not filed any lawsuits against Iron Mountain for this.’"

The Buenos Aires Herald reported last year that the fire was deemed to be arson following a forensic review.

According to Associated Press, in 1997, Iron Mountain's document warehouse in New Jersey was damaged by fire. In 2006, the company's London warehouse was totally destroyed by fire. According to an Iron Mountain spokesman, the cause of the fire was never discovered. However the London Fire Brigade blamed arson.

These, bear in mind, are considered among the most fire-proof facilities in the world.

Which of course fuels suspicions that these fires are deliberate and are intended to destroy documentary evidence of banking fraud.