Nkandla ruling by Concourt has put politicians back in their boxes 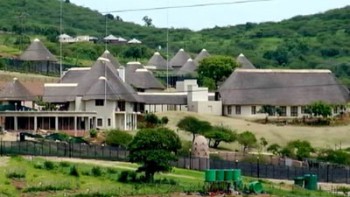 The Nkandla ruling by the Constitutional Court may represent a watershed event for South Africans. The court ordered President Jacob Zuma to repay a portion of the taxpayer money used to build his Nkandla private estate. The ruling also demonstrated to politicians that they are not above the law, and this is arguably the main outcome of this case. Eustace Davie of the Free Market Foundation looks at the implications of the case.
On 27 July 2000, nearly 16 years ago, the Free Market Foundation (FMF) hosted a conference entitled: Liberty and Prosperity: Principles of Good Law in a Complex Society. Subtitled A legal framework for an African Renaissance: Exploring the role of the constitution, the rule of law, and due process in creating a free, just and prosperous nation. The FMF’s introductory statement to the conference programme was “A constitutional and legal framework for a prosperous South Africa”. While optimistic, it also cautioned against the difficulties that could be experienced during the transition to “a free, just and prosperous nation”:
Fundamental characteristics of successful countries

History teaches us that successful countries – in the sense of being more peaceful and prosperous than others – have fundamental characteristics in common:
A nation that has lived under a biased system is inclined to perpetuate bias

South Africa’s past has left its people ill-prepared for dealing with a rights-based society. Fundamental rights, taken for granted in more humane societies, were trampled on with impunity. This heritage leaves us with at least four areas of grave concern:
Dedication, goodwill and adherence to sound constitutional and legal principles

South Africa is a nation of great promise and we are convinced that we can find solutions to these problems, but there can be no doubt that this will require dedication, goodwill and, above all, adherence to sound constitutional and legal principles.
The Free Market Foundation, in common with the rest of the nation, is most anxious that South Africa throw off its negative heritage, especially as far as the law is concerned. That is why the FMF organised this conference, whose purpose is to discuss the kind of justice system South Africa should be striving to establish, and how it can be achieved. There can be no doubt that South Africa will have greater civil and economic liberties if we make our constitution a living document respected by citizens and government alike, and especially if government willingly abides by the limitations the constitution places on its powers. If we then also adopt a legal framework based on respect for the rule of law, with strict limitations on the granting of discretionary administrative powers, we will have created the conditions needed to make South Africa a truly free, just and prosperous nation.”
Justice Pius Langa on the role of the courts

During his address to the conference, Justice Pius Langa commented on the role of the courts: “The Constitution vests the judicial authority in the republic in the courts. An order or decision issued by a court is binding on all persons to whom it applies. It is also binding on organs of the state. The power of the court to subject legislation and executive conduct to judicial review is entrenched. The court’s constitutional jurisdiction involves the protection of the rights of individuals, and adjudication on violations.”
The Constitutional Court and the Nkandla case

Has the Nkandla judgement set South Africa on the course we should have been on at the outset? The past 15 years have shown that some of our fears were justified. Events have shown that it is extremely difficult for a nation to overcome an unjust past and that a nation that has “lived under a biased system is inclined to perpetuate bias in its attempts to redress past wrongs”. However, the nation has now had 21 years of experience that shows so clearly that to perpetuate biases in the law is counter-productive. Perhaps there will be a re-assessment post-Nkandla that will lead to equality before the law for all South Africans and the institution of policies that will lead to high economic growth, a rapid decline in unemployment and poverty, and the creation of a free, just and prosperous nation.
Author: This retrospect was compiled by Eustace Davie, who is a director of the FMF.