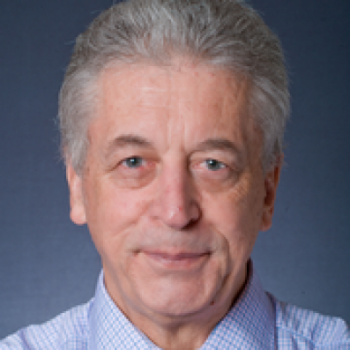 Socialism proceeds afoot despite more than a century of evidence that it is a catastrophic failure. Those who belong to this church are motivated by selfish interests, ignorance, or immunity from evidence, argues Leon Louw. All the stated objectives of socialism - especially uplifting the poor - are better achieved by free market principles.

Sam Harris, an eminent intellectual, suggests that it is mentally ill to be "right wing". If so, is it also true of being "left wing"? Is the only mentally sane option classical liberalism, which is further from both than they are from each other?

Mental illness is "a range of disorders that affect … mood, thinking and behaviour", according to the Mayo Clinic. Socialists have muddled thinking, exaggerated distress about conditions in capitalistic economies, and a pathological lack of empathy for the victims of socialism.

Socialism is the megalomaniacal belief that government control of people and wealth is better than liberty. Three reasons for the belief are selfish interests, ignorance and immunity to evidence.

Selfish interests are easily understood. Many people, especially politicians, officials and intellectuals, derive power, status or wealth from socialistic governments. Regarding the second reason, ignorance is normal, but the belief that facts are unnecessary to know the outcomes of polices is not.

The third reason is an ominous mental condition. It involves disregarding facts of which informed socialists are or ought to be aware, such as the fact that virtually every one of their stated objectives is achieved more satisfactorily when economies are or become less socialistic.

The evidence is overwhelming, yet most intellectuals are socialists. There are various indices ranking countries according to how socialistic or free market they are, and according to state of human and environmental well-being. Virtually everything is better in freer economies as well as in those socialistic economies that are becoming freer.

Socialists say, and might believe, that they "care about the poor". Yet there is scarcely a mention in their mainstream literature of the fact that billions of people have risen recently from destitution.

Instead of asking what explains the greatest humanitarian accomplishment in history, socialists wallow in misplaced misery about the supposed "problem of inequality". Poor countries, where socialism’s stated objectives materialise, such as China, India, Mauritius and Rwanda, are characterised by market liberalisation and privatisation as opposed to socialism. Socialistic countries, such as Venezuela, Cuba, Iran and North Korea, deny basic civil liberties and stagnate or regress economically.

The poor know something socialists deny, namely that the best place to be poor is in a free market economy. They risk and often lose their lives fleeing from more to less socialistic countries; to places where, as Nobel laureate Friedrich Hayek put it, the government does more for people by doing less.

To cope mentally with disturbing contradictions and countervailing facts, socialists tend arbitrarily to declare countries with some of the world’s freest economies, such as Sweden and Canada, to be socialistic. Ideological blindness suppresses the mentally healthy inclination to check readily available facts on cell phones and internet connections.

An immutable law of economics is TANSTAAFL (there is no such thing as a free lunch). Socialist intellectuals know this, yet their policy proposals presuppose costless benefits, and an absence of unintended and secondary consequences.

Another socialist disorder is delusional megalomania. A core belief is that coercive one-size-fits-all controls are desirable regardless of individual differences and preferences. For instance, socialists want one set of health controls regardless of the individualised benefits derived from smoking, acupuncture, junk food or obesity. They think a single credit policy is better for a rural peasant, urban shack dweller, corporate mogul, or teacher than what each would choose in accordance with their diverse realities.

Socialists want freedom for themselves, but no one else. Academic socialists, for instance, demand "academic freedom" which they use to promote draconian control of everyone else’s life.

In his book, Intellectuals, Paul Johnson, a reformed doyen of socialism, questions the moral credibility of socialists who influence the course of events disproportionately. Maybe he should have questioned their sanity.