Category Intelligence
The Spy-gate leaks by Al Jazeera opened a fascinating window into the world of spy craft. We learned, for example, how foreign agencies operating in South Africa have attempted to use our intelligence services in furtherance of their own national agendas. But what is perhaps more alarming are recent revelations suggesting the South African State Security Agency is being used to advance factional disputes within the ANC, and outside. 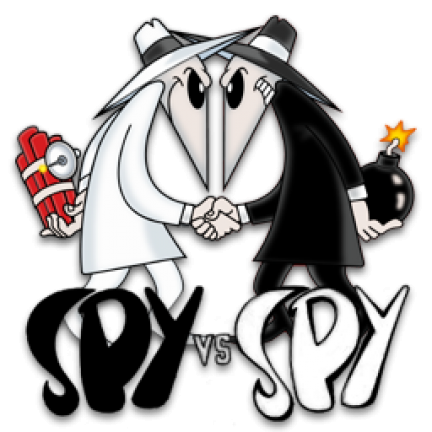 The State Security Agency (SSA) gave credence to the blog by releasing a statement that it was investigating the spy claims. This sparked fears that the SSA was being used to remove enemies of certain factions within the ANC. It is a well known fact that South Africa's spy agencies have been used to advance political agendas, which helps explain the never-ending tussle over who gets to run them. It's also no surprise that Thuli Madonsela is the latest victim of SA's spy craft.

As Thuli Madonsela told Business Day: "Criminals that have been manufacturing and peddling the spy lies may have hoped to achieve my suspension, pending an investigation.

"With regard to the State Security Agency, I am still perplexed as to the motive behind elevating a juvenile smear campaign by amateurs into a national investigation."

Previously Madonsela told Eyewitness News that she had been shown documents showing the SSA was instructed to dig up dirt on her. Madonsela, it will be recalled, released a damning report into the R230 million construction of President Zuma’s private residence at Nkandla, and called for the president to pay back some of the money.

It’s clear the spy agency is out of control. Head of the National Prosecuting Authority, Mxolisi Nxasana, is under inquiry purportedly looking at his fitness to hold office. Anwa Dramat, head of the Hawks, is suspended supposedly for his role in the illegal rendition of four Zimbabweans, two of whom were later murdered. Now the head of the Independent Police Investigative Directorate, Robert McBride, is under suspension. McBride has long been a contentious figure. City Press reports that his suspension is related to allegations of changing the findings of a report into the roles Dramat and Gauteng Hawks boss Shadrack Sibiya played in the renditions. Four other Hawks members have been suspended for the same matter in recent weeks.

Here’s a timeline of the many allegations of unlawful spying from Independent Online.

18 Jan: Sunday Times reports that that the Committee is due to short-list candidates for the post of Inspector General.
20 Jan: R2K writes to the Committee Chairperson, calling for an open recruitment process, including open interviews.
27 Jan: The Committee Chairperson responds, to the effect that no decision had yet been taken on whether the process would be open or closed. The letter refers to a public statement.
30 Jan: R2K writes to the Committee Chair, again highlighting the need for an open process, and requesting confirmation of when a decision would be taken, as well as a timeline for the overall recruitment process. We receive no response.
24 Feb: a subcommittee of the JSCI meets briefly to shortlist candidates in an open meeting, though no information is provided to public attendees about any candidates.
24 Feb: the JSCI makes a brief statement releasing the names of 8 candidates, but no further information, and gives 4 working days for public input. The Committee makes no mention of whether interviews would be open or closed.
8 Mar: City Press reports that the JSCI has already decided to conduct interviews behind closed doors. The JSCI makes no public statement.
9 March: R2K writes to the Speaker, the NCOP Chair and the JSCI Chairperson in protest, highlighting the Constitutional requirement for an open process and for any decision to adopt a closed process to be backed up by good reasons.
11 March: The Institute for Security Studies writes a letter of concern to the JSCI Chairperson highlighting the need for a transparent process with full participation. There is no response.
17 March: R2K receives a response from the Speaker’s office, dated 12 March, washing its hands of the matter.
17 March: The Democratic Alliance announces that the JSCI has already begun interviewing candidates in secret. The JSCI has still not made a public statement on the matter.