Medical litigation has hit crisis proportions in South Africa, prompted by litigation lawyers motivated not so much by care for patients than by opportunities to line their own pockets, according to health minister Aaron Motsoaledi (pictured below). The same kind of behaviour bankrupted the Road Accident Fund, according to Sapa. 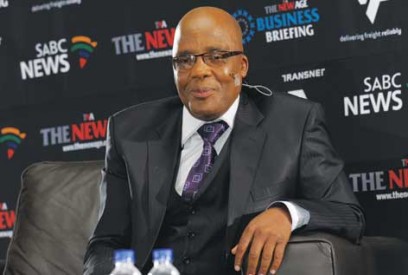 “The nature of the crisis is that our country is experiencing a very sharp increase - actually an explosion in medical malpractice litigation - which is not in keeping with generally known trends of negligence or malpractice,” Motsoaledi said in Pretoria.

“The cost of medical malpractice claims has skyrocketed and the number of claims increased substantially.”

Addressing a medico-legal summit in Pretoria, Motsoaledi said when the trend was initially observed, doctors in public service were blamed for rendering shoddy service.

“Let me make it very clear, the crisis we are faced with is not a crisis of public healthcare. It is a crisis faced by everybody in the healthcare profession - public and private. It does not matter where you are,” said Motsoaledi.

“There are four medical specialities that are continually, persistently, and mercilessly being targeted for litigation,” said Motsoaledi.

“These are obstetrics and gynaecology, neurosurgery, neonatology, and orthopedics.”

He said the trend was significantly detrimental to the healthcare system.

Motsoaledi said the cost of indemnity insurance for private specialists in neurosurgery has increased by “a whopping 573 percent” within a period of eight years between 2005 and 2013.

“The cost of indemnity insurance for private specialists in obstetrics increased by 382 percent within a similar period and still growing. All these issues have devastating consequences to the healthcare system of a country,” he said.

Motsoaledi said young doctors were now reluctant to specialise in obstetrics and gynaecology.

“Those who are too old to change are resorting to procrastinating gynaecology and refuse to see the woman once she falls pregnant,” he said.

Motsoaledi said lawyers leading the litigation against medical practitioners were not doing it for the love of patients.

“They are driven by this pocket-lining phenomenon. They are simply in hospitals because the platform from which they have been lining their pockets, and not that of the wronged patients, has now changed.”

“Yes, the RAF (Road Accident Fund) has changed. It has been bankrupted by this pocket-lining behaviour,” said Motsoaledi.