The rise of the consumer

Category Consumer Protection
A draft Code of Conduct for the Consumer Protection Act was published for comment late last year. It establishes an Ombud to deal with consumer complaints, and sets out to eliminate unfair, fraudulent and undesirable trade practices, according to an article by Neil Kirby, director of Werksmans. 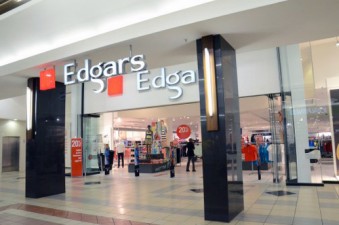 The Director-General of the Department of Trade and Industry recently published an invitation for public comment on the Draft Consumer Goods and Services Sector Code of Conduct. The draft Code appears in the Government Gazette as Notice 850 on 03 October 2014. The Code is produced pursuant to the provisions of the Consumer Protection Act No. 68 of 2008 (“the CPA”).

The Code is to bind all suppliers of goods in South Africa and to create a formal structure for the investigation of consumer complaints by a consumer ombud, which the Code refers to as the Consumer Goods and Service Ombud. In accordance with the provisions of the CPA, all participants in the industry to which to the Code applies must comply with the Code. To this end, all products in the industry referred to in the Code must meet the provisions not only of the CPA but also the Code. A list of the various economic sectors affected by the Code is produced in a schedule to the Code as Annexure B. However, paragraph 4.2 of the Code does indicate that the particular services and goods to which the Code will apply are as follows (and includes the packaging of the goods): “food, tobacco and beverages, pet food and pet products, electrical appliances, general merchandise, which includes tools, DIY, sports goods, home-care products, furniture, textiles, building material, hardware supplies, jewellery, cosmetics, toiletries and fragrances, LP Gas, clothing and footwear apparel as well as toys and stationery.”

Particular obligations are imposed upon participants in the abovementioned industries to ensure that each of them establishes effective internal complaints-handling processes.  The obligations include displaying certain signage on trading premises, directing consumers to the Consumer Goods and Services Ombud and that the Code is available in the internal complaint‑handling procedure. In addition, all of a participant’s staff must be trained in the Code, how to deal with consumer complaints, how to resolve complaints, and how to record the processes dealing with consumer complaints. This data must then be collated to indicate the participant’s ability to uphold the Code and ensure compliance with the provisions of the CPA.

The Code also intends to establish the Consumer Goods and Services Ombud and sets out the powers of the Ombud as well as the Ombud’s jurisdiction in respect of the types and nature of the complaints that the Ombud may deal with in terms of the Code and the provisions of the CPA. All consumer complaints will be referred to the Ombud before the matter proceeds to the National Consumer Commission and the Ombud is empowered to facilitate a resolution of a complaint as between a consumer and a participant in the industries described in Annexure B to the Code.

The Code has important implications for participants in the industries identified in the Code in so far as compliance with the CPA is concerned as well as, arguably, good corporate governance.

In addition to what is set out above, a particular industry code has been published by the South African Automotive Industry, which appeared in a Government Gazette on 17 October 2014, which includes the creation of an accredited industry ombud for the automotive industry.

Ultimately, the Code has as its primary objective, amongst those objectives set out in paragraph 2 of the Code, the following:

“The Participant within the Industry are[sic] required to pursue the objectives as set out in section 3 of the CPA, especially to:

2.4.1 Reduce and ameliorate any disadvantages experienced by Consumers in accessing the supply of any Goods and Services;

2.4.4 Provide for a consistent, accessible and efficient system of consensual resolution of disputes arising from consumer transactions.”

The Code was available for comments for a period of 30 days from 03 October 2014.