Category Business
The High Court in Johannesburg has rejected the claim by former Vodacom CEO Alan Knott-Craig that he was the inventor of the company's "Please Call Me" service. But the court also threw out - on technical grounds - a counter claim by former employee Nkosana Makate that he was the inventor, according to Business Day. Makate was suing Vodacom for more than R6 billion. 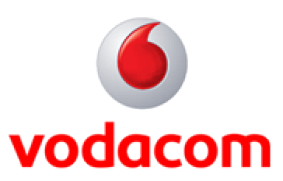 Former Vodacom CEO Alan Knott-Craig’s claim to have invented the "Please Call Me" product while chatting to a colleague at work was deemed implausible by the High Court in Johannesburg on Tuesday.

Judge Phillip Coppin expressed concerns about his evidence as the court dismissed a bid by former Vodacom employee Nkosana Makate to have the firm ordered to enter into negotiations with him over payment for the "Please Call Me" idea, which he claimed was his brainchild.

Judge Coppin found the product clearly did not occur by chance as Mr Knott-Craig’s 2009 book asserted.

In the book, A Second is Nothing, co-author Eunice Afonso described the claimed epiphany: "Alan was leaning over the railing of the Vodacom building chatting to a colleague, Phil Geissler, when Phil pointed out one security guard trying to attract another's attention, and his buddy didn’t see him, and because his buddy didn’t see him, the security guard called him on his cellphone. Alan immediately spoke to (chief financial officer) Leon (Crouse) about creating a Please Call Me Service."

The judge said the book’s version was implausible and Mr Knott-Craig, an intelligent person and qualified engineer, had great difficulty explaining it rationally.

"In my view, Mr Knott-Craig was not frank and honest about his knowledge of (Mr Makate) and his idea and its link to the ‘Please Call Me’ product," Judge Coppin said.

He nevertheless dismissed Mr Makate’s claim with costs as his application was lodged too late.

In November 2000 Mr Makate, then an employee of Vodacom, had an idea that cellular network usage could be increased if customers with airtime could be induced to call back those without airtime. Mr Makate wanted to be paid for his idea, and claims that Mr Geissler, the director of product development at Vodacom, concluded a verbal agreement with him for such payments. This was despite Vodacom’s policy to not compensate employees for their ideas above normal remuneration.

In the case, which was heard last year, Mr Makate sought a declaratory order that the oral agreement was entered into by the parties and for an order directing Vodacom to begin negotiations to determine a reasonable remuneration payable to him for the use of the concept.

Mr Makate claimed that Vodacom had actual or ostensible authority to promise payment.

Vodacom denied this. Vodacom also denied Mr Makate’s claim that Mr Geissler promised him, subject to certain conditions, a share of the revenue generated by his idea.

Speaking outside the court, Mr Makate said he would appeal. Vodacom said it would comment after reading the judgment.