India's Modi shows how to turn around a sinking economy

India's new primine minister Narendra Modi achieved economic miracles while running the state of Gujarat. Now his has the entire country under his stewardship. He could teach our own President Jacob Zuma a thing or two about turning around a sinking ship, writes Leon Louw of the Free Market Foundation in Business Day. 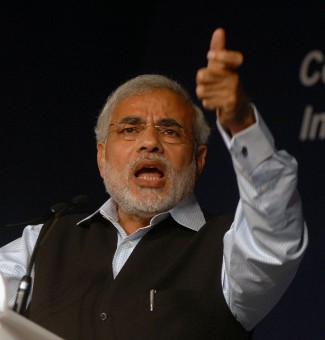 India's elections last week could rescue SA from economic misery if President Jacob Zuma invites new Prime Minister Narendra Modi to SA to tell us how to turn our country, like Indian state Gujarat, into one of the world’s most prosperous places. If he manages to implement Modinomics nationwide, he will be a global game changer.

But Zuma will have to wait. US President Barack Obama beat him to it. As soon as India set a new world record for the number of people voting for a single party, Obama conveniently forgot Modi’s alleged role in unspeakable anti-Muslim violence and his ensuing ban from the US, and called to congratulate him and invite him to Washington to "strengthen" ties.

Zuma could learn from Modi about the power of liberated markets.

Zuma could learn that everything is better with higher economic growth rates. According to the Legatum Institute’s global prosperity index, for instance, Gujarat is the leading "social capital" state, ahead of some developed countries, and its private sector is one of the world’s leading "green energy" producers.

And Zuma could learn that ending our calamitous Eskom monopoly would have us producing, as Gujarat does, electricity surpluses for export.

Gujarat is the birthplace of Mahatma Gandhi and one of the world’s greatest movie stars, Amitabh Bachchan, who is "brand ambassador" for Gujarat’s booming tourism industry.

That its 60-million population is somewhat bigger than our 50-million, and that it is comparable in many ways, enhances the degree to which we can learn from it.

Little-known facts include that Gujarat has the world’s largest ship-breaking yard and the world’s second-largest local area network. Agricultural output has grown more than 12% a year for the past five years (national average: 2%).

On the Forbes list of fastest-growing cities, Ahmedabad is third after two Chinese cities.

The new leader of the world’s biggest democracy has humble beginnings. He was born in 1950 into the lower Ghanchi-Teli (oil-presser) caste, officially classified "socially and educationally backward".

As a child, Modi helped his father sell tea at a railway station, and in his teens sold tea at a bus terminus. His parents contracted his arranged marriage before he was 13. Although a keen debater interested in theatre, his teacher called him "average". The idiotic term "right wing", which unlike "left wing" means nothing, is applied to him because of his Hindu "nationalism" and alleged failure to stop anti-Muslim violence in 2002.

One of his ambitions is to clean up the mighty Ganges river, as toxic as it is sacred.

As India is a true federation, it is easier to implement policies locally than nationally. Most winning policies require state-level co-operation; some states have retarded socialistic governments.

Details of Modinomics are surprisingly hard to get. He wants "minimal government" as opposed to our Leviathan.

Instead of our legislative diarrhoea, he wants to repeal 100 laws in 100 days. Gujarat has hugely successful liberated zones ("special economic zones"), which he wants in other states.

With luck and resolve, his policies will prevail there, he will help India’s regressing Brics partners (Brazil, Russia and SA) return to pro-market sanity, and he will be remembered as one of the world’s iconic reformers.